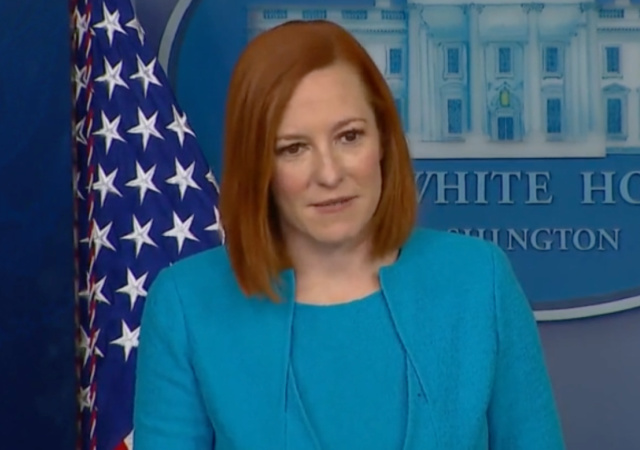 As Mary reported yesterday, Hannah-Jones decided to snub UNC and has taken a job at Howard University instead. In case you were wondering, the Biden White House is on board with Hannah-Jones’ views. Shocker.

White House press secretary Jen Psaki said students at Howard University are “quite lucky” to have 1619 Project founder Nikole Hannah-Jones as a professor after she accepted a position at the institution on Tuesday.

Earlier in the day, Hannah-Jones, a controversial New York Times correspondent whose work has contributed to critical race theory, announced her decision to work as Howard’s Knight chairwoman in race and journalism after she declined an offer at the University of North Carolina at Chapel Hill following a weekslong fight for tenure.

“I have not spoken with the president about the decision on tenure by the institution in North Carolina,” Psaki told reporters. “I will say that the students at Howard are quite lucky to have her as a professor in their family.”

The president’s spokeswoman used the topic to claim the United States has a problem with “systemic racism.”

“I think there’s no question that there continues to be systemic racism in our country,” she added. “We see that in a range of sectors, including in some learning institutions, but that’s why the president is continuing to make racial equity and addressing racial equity as a central priority and crisis that he would like to address and focus on as president.”

Q: How are comedian Carrot Top and Jen Psaki alike and different?

A: For starters, both have red hair, but Psaki is the better comedian.

Historically illiterate malignant charlatan and grifter, what a stroke of luck.