NGO Monitor watchdog group: “50 incidents in which Hamas and Islamic Jihad operatives killed in Gaza were falsely labeled by NGOs as civilian casualties.” 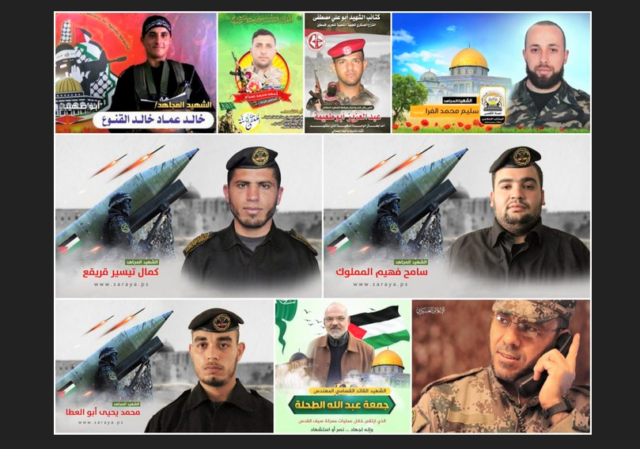 According to the NGO Monitor, Palestinian NGOs — whose figures are often cited by the mainstream media, United Nations, and international human rights organizations — provided inflated death toll by labeling terrorist combatants as innocent civilians during the recent Gaza conflict.

While reporting casualties, they omitted the terrorist affiliations of the slain fighters. They concealed the fact that many of the civilians’ deaths, blamed on Israel, were caused by misfired Palestinian rockets.

NGO Monitor uncovered some 50 insistences in which the NGOs classified terrorist operatives eliminated by the Israel Defense Forces (IDF) as dead civilians. Some of these false reports served as the basis for media stories accusing Israel of disregarding the plight of civilians during the counter strikes  — including a flawed New York Times front-page story, the watchdog group said.

International rights groups such as the New York-based Human Rights Watch (HRW) also used these dubious NGO figures, which on Tuesday accused the IDF of targeting sites in Gaza with “no evident military targets in the vicinity.” The latest HRW report is based on “false methodology and without meaningful fact-finding standards,” the NGO Monitor tweeted.

The NGO Monitor detailed some of the malign tactics used by the Palestinian NGOs to smear Israel (view their interactive report here):

A major element of NGO propaganda consists of accusing Israel of targeting and killing civilians in Gaza. NGO Monitor has examined the use of this subterfuge during the May 2021 Gaza conflict, as well as in previous confrontations.

One method used by NGOs to inflate civilian casualty numbers, accompanied by allegations of “war crimes,” is to obscure or omit essential details about specific incidents – thereby erasing the role of terrorist groups. NGOs falsely classify Palestinian terrorists as civilians and ignore evidence that implicates terror groups in the deaths of Gazan civilians.

NGO Monitor research has identified 50 incidents in which Hamas and Islamic Jihad operatives killed in Gaza were falsely labeled by NGOs as civilian casualties, or in which civilians killed by Hamas were implicitly attributed to Israel. (Approximately 15 percent of the 4,300 missiles fired towards Israel fell short and impacted in Gaza.)

In failing to report accurately, Palestinian NGOs amplify the demonization strategy, ignore the commission of war crimes by Palestinians, and distort the reality of Israeli efforts to limit civilian casualties during the fighting. These manipulated NGO accounts also serve as the basis of inflammatory media projects, such as the infamous New York Times front page story with pictures of children, and for international “investigations”, such as a forthcoming UN Human Rights Council commission of inquiry.

It is worth noting that Israel strikes happened after terrorists fired thousands of rockets from Hamas-controlled Gaza. The IDF counter-terrorism operation focused on destroying rocket launch sites, a weapons cache, and underground terror tunnels.

Blaming the IDF for Gaza civilian casualties is Hamas’s strategy to turn international public opinion against Israel, thus making it difficult for the Israeli armed forces to carry out their airstrikes and operations against its leadership and terrorist infrastructure.

The Truth is the first casualty in a war.

I do not believe everything the Israelis say and I don’t believe anything the Palestinians say. It’s like Republicans and Democrats on steroids.

If they receive “public” funding (read that as government funding), how are they non-governmental organizations? That question needs to be asked loudly and often.
.

You know, it is so colonial to impose your imperial world view 🇪🇺 on a country 🇮🇱 far away.
So racist. So patriarchal. So white supremacist.