Some things left on the cutting room floor: “Focus on the traditional values of the American Civil Rights Movement, treating each individual equally without regard to race. Focus on the dignity of the individual, not collective racial or ethnic characteristics. Equality is the goal.” 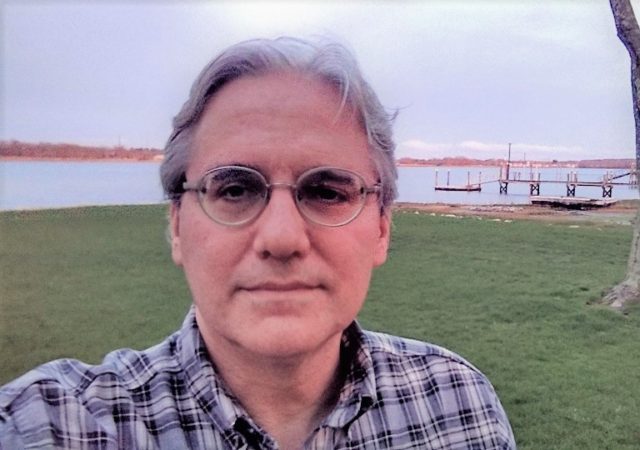 A few days ago I received a request from Nathan Greenfield of University World News (in Britain), requesting an interview for an article he was writing on Critical Race Theory.

“I am the North American correspondent for the University World News (London, UK).

I am doing a story on the controversy over the teaching of Critical Race Theory by American colleges and universiites.

I am aware of your opposition to Critical Race Theory and would very much appreciate the opportunity to interview you on this issue.”

As I try to do as much as possible, I asked for questions to be sent in writing for my written response. I prefer that method with reporters, particularly on issues like CRT, so that I can precisely answer the questions without having to worry about a dispute over what I said. It’s not that I don’t trust mainstream media reporters, but ….

Despite my efforts at precision, in many cases, my written responses are not adequately quoted or characterized when an article runs.

Such was the case when the Cornell Daily Sun sent me written questions about our CriticalRace.org website. The quotes attributed to me in the Sun were accurate, but lacking context, so I published the full interview at Legal Insurrection, Cornell Daily Sun Interviews Professor William Jacobson Re Critical Race Training Database.

I feel the need to run the full University World News written interview, because again context was missing. So were quotes. Instead, my positions were characterized in an article title Why are states lining up to ban critical race theory?

Yet, in the previous five months, taking their cue from conservative activists like Christopher Rufo, a senior fellow at the conservative Manhattan Institute, and Cornell University Professor William Jacobson, founder of the Legal Insurrection Foundation, thousands of Republican legislators from Vermont and Rhode Island in liberal New England, to solid Republican states like South Carolina, Louisiana, Texas, Oklahoma, North Dakota, Iowa, Idaho and 11 other states, had voted for bills banning Critical Race Theory (CRT) in primary and secondary schools and-or colleges and universities, because it ‘undermines American values’.

According to Jacobson’s foundation’s website, unlike the Civil Rights Movement of the 1950s and 1960s led by the Reverend Martin Luther King, “which sought to work within the structures of American democracy, critical race theorists challenge the very foundations of the liberal order, such as rationalism, constitutional law, and legal reasoning … [while arguing] that American social life, political structures, and economic systems are founded on race.” ….

The anti-CRT call for “colourblindness” made by Jacobson and other CRT critics, Peller underscores, is deeply ironic. “Its logic is that you can’t see racism because you’ve categorically removed that filter” from perception and consciousness. Accordingly, you claim that “you don’t see race at all”.

These characterizations are off.

I don’t think legislators have taken their cue from me when it comes to legislation. I’ve written and said very little about state legislation. Through Legal Insurrection we’ve highlighted pernicious practices, such as those to which Jodi Shaw was subjected at Smith College, as well as the push to impose CRT mandates at Cornell.

The CriticalRace.Org website also is a neutral database, as I explained when I announced its rollout on Tucker Carlson Tonight back in February:

If the exposure of facts regarding CRT and its implementation through abusive trainings has had an impact, it’s because facts matter.

I also don’t argue the “colourblindness” paradigm — to the contrary I argue that we should study accurate history (not misleading “narrative” history like the 1619 Project), but that at the end of the day we need to strive for equal treatment of people without regard to race. Equal treatment without regard to race as the organizing principle is not the same as being colorblind to race or the history of racism.

CRT, as it’s implemented through formulations such as Prof. Ibram X. Kendi’s “antiracism” agenda, is the opposite of equal treatment without regard to race — it’s racial discrimination as retribution, it separates people and sets them against each other based on race, and it devalues individual dignity. Kendian “antiracism” is one of the most deceptive linguistic sleights of hand in modern history, it is the opposite of opposing racism.

So the article didn’t get it right, at least not as to me.

Here is the full written interview.

1) Question: “Given the foundation’s opposition to CRT, what means/tools/policies could the foundation support to combat racism?”

Answer: “Focus on the traditional values of the American Civil Rights Movement, treating each individual equally without regard to race. Focus on the dignity of the individual, not collective racial or ethnic characteristics. Equality is the goal.”

2) Question: “Many critics of CRT claim it is neoMarxist. Since, as I am sure you are aware, Marxism is based on a class, CRT, which is also criticized as being “essentialist,” does not fit into either a neoMarxist or more traditional Marxist rubric. Indeed, most Marxists would probably accuse CRT of NOT being based on Marxist principles. Is not the “neoMarxist” charge more hyperbole than rigorous analysis?”

3) Question: “Do you rule out of bounds any analysis that considers race? I’m thinking here of “Red Lining.” I grew up in Flatbush, Brooklyn, near Brooklyn College. When I was about 15 (and I’m 62 now, so long before CRT), New York State sued a consortium of banks which for “Red Lining” the neighborhood, that is, refusing to make home ownership loans to Black families. Not only did NYS win the case, but banks admitted their guilt. Such a case could never have been brought without attention to race.
Similarly, Brown v. Board of Ed. could not have been successful without the sociological data about Black students and the schools they were force to attend that proved Separate but Equal was inherently unequal.”

Answer: “Opposing Critical Race Theory and its offshoot Kendi-style ‘antiracism’ training does not mean disregarding the impact of race from a historical factual analysis. The difference is that groups should not be held legally, morally, or emotionally responsible for the past actions of others with similar skin color, and past racism does not justify present racism. Kendi’s classic paradigm is that current discrimination is needed to remedy past discrimination. Discrimination based on race is never justified, it’s a societal dead end that perpetuations negative stereotypes and creates new aggrieved groups.”

4) Question: “Some of the anti-CRT bills that have been enacted ban the use of funds to teach CRT at state universities. Doesn’t this sound a great deal like the McCarthy-era attempt to ban the teaching of Marx and socialism. When those laws got to the Supreme Court, they were uniformly struck down. What, if anything, makes the anti-CRT bills any different?”

Answer: “It is necessary to distinguish between higher education and K-12. Elementary and Secondary public school curricula always have been subject to government oversight and regulation, unlike higher education. We are talking about children, not adults, and there is an element of coercion because by law children must attend school, whereas no adult is compelled by law to attend university (much less a particular university). The concept of academic freedom we normally associate with higher education has only limited application to lower education. By contrast, prohibiting the teaching of CRT in higher education is problematic from my view, both in terms of academic freedom and free speech. Banning ‘concepts’ does reek of an intellectual purge. On the other hand, anti-discrimination laws apply to higher education, and conduct that violates those anti-discrimination laws is not immunized just because it takes place on a campus. So those fighting CRT in higher education would be better off focusing on discriminatory conduct, such as ‘white privilege’ and other race shaming tactics, disparate treatment of students and faculty based on race, and unconstitutional compelled speech.”

He/She adapted your answers so they would say what their preconceived notions thought you would say.

They clearly also did not read on the site.

Are they an actual journalist?

Lay down with dogs, and you wake up with fleas.

You’re experiencing something I’ve long known to be true and what I recently heard Greg Gutfeld express:

That when the media are writing about you, you realize just how much of the story they get wrong. I believe some of the time the inaccuracy is accidental, but I also believe most of the time it is intentional— in service to a media-created narrative.

I think most of us have experienced times when we’re reading a journalist’s take on something which we know a lot about and shake our heads in disbelief on how wrong they get most of the story. As Greg Gutfeld said, when he reads articles written by others about him, usually at least 50% of what the author writes is incorrect or taken out of context.

What the professor is doing here is another form of what Professor Glenn Reynolds of Instapundit recommends to conservatives: if you are being interviewed for broadcast or cable TV, have someone with you to videotape the entire proceeding. Then, if the interview is edited to make you look bad in any way, you have proof that what they showed is misleading.

I think the Professor J. is wise to post the questions and his answers in their entirety.

There can easily be intent to mislead but often it’s simply a reporter trying to present an article or video on a topic they know nothing about, with the result being a product filled with half truths and misleadings out of ignorance.

If you want your audience to be misled or misinformed, send a reporter who flunked their high school science courses to interview a medical researcher or a physicist. The product will be, in many cases, almost unintelligible. A reader or viewer will just go on to the next article in hopes it will be worth the time spent to read it.

So seeing this reporter’s product might not be because of a conspiracy. It might be because of ignorance – which leaves the audience ignorant at best, but more likely misinformed.
.

Thanks for the link! I vaguely remember seeing this a long time ago.

I didn’t get what the Professor was saying until I read the interview. That was definitely an example of trying to fit those answers into a preconceived anti-narrative.

The majority of the news and education industries have gone Marxist (and have been for quite some time). Most see their job as propaganda and indoctrination, rather than dissemination of facts from which people can form their own opinions. Their interest is in pushing their agenda, and they have no qualms about using distortion, omission and lies to present the picture they want the public to believe. Honesty and objectivity (though they occasionally happen) are not to be expected in today’s political climate.