“There are absolutely no indicators of any racial intent” 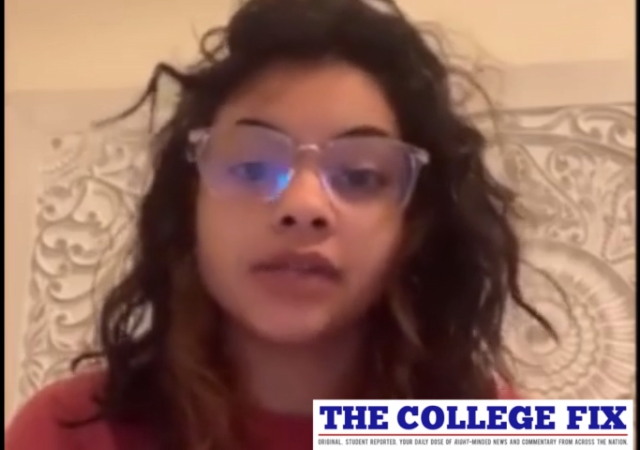 This sort of thing happens so frequently. Are people who do this just looking for attention?

A black student who said she was the victim of multiple attacks because of her race has been identified as a primary suspect in the alleged vandalism, according to a police report obtained by The College Fix under the Freedom of Information Act.

The Wayne State University Police Department said it spent “at minimum 200 man hours” investigating the alleged incidents that occurred in February and March 2021.

Zoriana Martinez alleged that on February 16 and March 1 someone threw eggs at her residence hall door. She also said someone tore down her LGBT Pride sticker and stole a photo of her dog.

This happened “all because [she was] a black person living in their space,” she said.

The video appears to be created from several Instagram videos and the audio issues are from the original videos.

But the police have concluded that she likely perpetrated the incident herself to obtain a leadership position in the Black Student Union.

If it was not her, the intent behind the acts were not for a racial reason.

“There are absolutely no indicators of any racial intent,” the report concluded.

Here’s the video referenced above:

Of course, what would be shocking is if this incident were NOT a hoax.

Although I concede the possibility that there may be people who would do this kind of vandalism for racial reasons… no, wait…. this is exactly what happened.

Her victimhood needed validation, and since no one in her life has actually acted in a racist manner towards her precious black self, she had to pull up her big girl panties and create such racism herself.

Her failures in life are all accounted for by invisible white supremacy, even when she has to be both victim and perpetrator.

No, really….who’s surprised by this? Anyone?

I bet that she thought she could get rich quick.

what this little mudflake failed to realize/reccognize is that not only does no one care what color she is, there may not be anyone who actually cares whether she’s around or not

There is a problem with racism in America, but it isn’t the one they pretend it is.