In February, Villalobos made it known he is “not afraid to make the tough decisions that have to be made,” which includes the border. 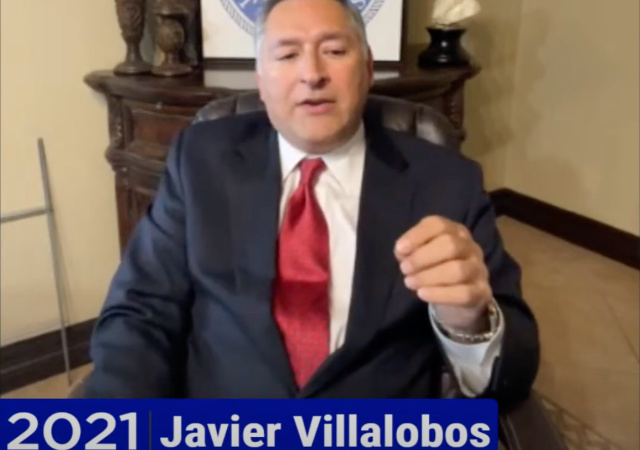 I know you’ve heard of McAllen, Texas. It has an overcrowded migrant facility, as shown by Republicans in photos and videos.

McAllen citizens flipped the mayor’s office by electing Republican Javier Villalobos. By the way, Hispanics make up 85% of the population.

The new mayor had served as commissioner of McAllen’s district one since 2018.

The two candidates garnered the most votes in the initial city election in May.

In February, Villalobos made it known he is “not afraid to make the tough decisions that have to be made.” These decisions include the border:

Villalobos is aware of what could happen if the border is opened to immigrants and they are dropped in McAllen just as it happened a few years ago. “It is a federal issue like was before, and that should not be imposed on our municipality.” He said, “We cannot spend our tax dollars to solve a chaos that the federal government is already brewing up.” He made it clear, “I don’t have anything against immigrants; however, I am responsible for McAllen taxpayer’s money. It is important to consider the ramifications of the federal government’s actions.”

During a March debate, Villalobos noted the relationship the city has with Catholic Charities regarding immigrants. The charity has the Humanitarian Respite Center, which has helped provide COVID testing and general care.

Villalobos said: “Immigration is not an issue that we deal with for or against. Public safety is and we must always make sure our citizens are safe.”

Villalobos’s win is huge for Republicans.

This was not expected and shows Hispanics in South Texas may have shifted with the GOP even post Trumphttps://t.co/bFOMpNcNrS

I have a feeling there will be a lot of flipping in the next two years. (If not, you can kiss our republic goodbye).

Democrats: What?! Hispanics are siding with the Republicans?! Quick, close the border, we can’t have more of them coming in!

Did he win via legitimate voters or did he “win” by how the ballots were obtained and counted?

Democrats were either overconfident, or McAllen wasn’t considered “important enough” for Democrat interference in the local election.

It’s just general federal tone deafness by Democrats. Even a small-town mayor knows better than to site the new wastewater plant in the middle of the neighborhood that consistently votes for him.

McAllen, like the rest of the area there on the border, has been rock solid (D) for decades. I don’t think they thought it could ever flip. Also, so few people come out for location elections. It’s a joke because those are the ones that have the most direct control over your life. The winner here got 4,744 votes in a town of about 150,000 people. I know that’s not 150,000 registered voters but the lack of turnout is ridiculous and it’s like that all over America. At the same time, if you work hard in such a situation, like this (R) did, you have a fighting chance.

Moral of the story: don’t judge an individual by their diversity class.

Libs will move from spot lighting Asian victims to Hispanics. Cuz- ya know the supposed white hate crime thing against Asians worked so well for them. So well that conservative outlets run every attack with an Asian victim…(except the attacker is almost never white).

Republicans can win when elections aren’t rigged and they show up to vote.