Ali Akbar Mohtashamipour was suspected of ordering the 1983 bombing of the U.S. embassy in Beirut and laid the foundation for the IRGC. 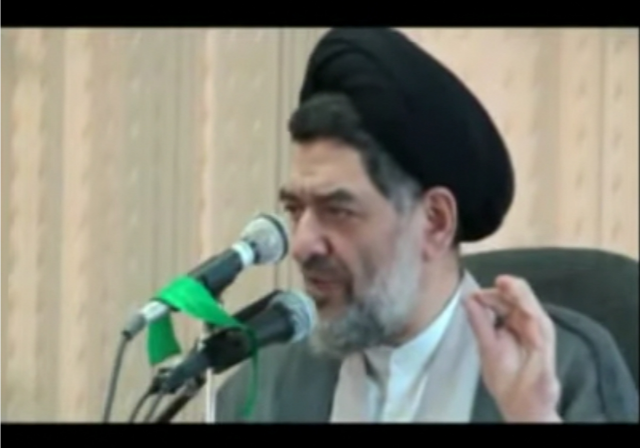 An Iranian operative, who was among the founders of the Lebanese terrorist group Hezbollah, has died of coronavirus, the Iranian state-run media reported on Monday.

Ali Akbar Mohtashamipour reportedly had a role in the 1983 bombing of the U.S. embassy in Beirut and had survived a book bombing allegedly carried out by the Israel intelligence agency Mossad in 1984.

Mohtashamipour also laid the foundation of the Islamic Revolutionary Guard Corps (IRGC), the Iranian regime’s military and foreign terrorist arm. He was a close associate of Iran’s former Supreme Leader Ayatollah Khomeini. He took control of the country in a bloody takeover in 1979 and turned it into a Shia-Islamist dictatorship.

The top Iranian Mullah helped found the Hezbollah terrorist militia in Lebanon when he served as the Iranian ambassador to Syria in the early 1980s. During his posting in Syria, he funneled millions of dollars to the nascent Shia-Islamist militia, turning it into the most significant terrorist group in the region, media reports suggest.

The Times of Israel reported the death of the Hezbollah co-founder:

Ali Akbar Mohtashamipour, a Shiite cleric who as Iran’s ambassador to Syria helped found the Lebanese terror group Hezbollah and lost his right hand to a book bombing reportedly carried out by Israel, died Monday of the coronavirus. He was 74.

A close ally of Iran’s late Supreme Leader Ayatollah Ruhollah Khomeini, Mohtashamipour in the 1970s formed alliances with Muslim groups across the Mideast. After the Islamic Revolution, he helped found the paramilitary Revolutionary Guard in Iran and as ambassador to Syria brought the force into the region to help form Hezbollah. (…)

Mohtashamipour died at a hospital in northern Tehran after contracting the virus, the state-run IRNA news agency reported. The cleric, who wore a black turban that identified him in Shiite tradition as a direct descendant of Islam’s Prophet Muhammad, had been living in the Shiite holy city of Najaf, Iraq, over the last 10 years after the disputed election in Iran.

Born in Tehran in 1947, Mohtashamipour met Khomeini as the cleric remained in exile in Najaf after being expelled from Iran by Shah Mohammad Reza Pahlavi. In the 1970s, he crisscrossed the Mideast speaking to terror groups at the time, helping form an alliance between the future Islamic Republic and the Palestine Liberation Organization as it battled Israel. (…)

In 1982, Khomeini deployed Mohtashamipour to Syria, then under the rule of dictator Hafez Assad. While ostensibly a diplomat, Mohtashamipour oversaw the millions that poured in to fund the Guard’s operations in the region.

Lebanon, then dominated by Syria, which deployed tens of thousands of troops there, found itself invaded by Israel in 1982 as Israel pursued the PLO in Lebanon. Iranian support flowed into the Shiite communities in the south of the country occupied by Israel. That money helped create a new group called Hezbollah, or “the Party of God.”

Today, people regard Hezbollah as the world’s largest and deadliest terrorist group. The Iran-backed terrorist group controls large parts of Lebanon, formerly a Christian-majority country. Since the Syrian civil war broke out in 2011, thousands of Hezbollah fighters have moved into the country, taking control of a large territory in the name of the Iranian-puppet dictator Bashar al-Assad.

Iran is arming Hezbollah with heavy weaponry and thousands of long-range rockets, which the terrorist group has arrayed against Israel to its south. The Shia-Jihadi group uses Lebanese civilians as a human shield in its terror offensive against the Jewish State. “Hezbollah plans to launch these weapons toward civilian targets and population concentrations in Israel from within or adjacent to residential buildings. Hezbollah believes that this tactic will grant it immunity against IDF’s attacks,” a recent study by the Israeli-based think tank, Alma Research and Education Center, found.

Ali Akbar Velayati, the “foreign policy” adviser to Iran’s Shia-Islamic ruler Ayatollah Khamenei, recovered from the disease last year. Velayati is wanted for masterminding the 1994 car bombing of a Jewish center in Buenos Aires, Argentina, that killed 85 people and injured hundreds of others.

Hell is a vast place. Plenty of room for more like him.

It took far too lang to long for him to die. What I am most interested in, is how long before Iran returns to the stone age?

Where is Curtis Lemay when you need him?

LeMay and Nimitz, finest leaders to ever wear the uniform.

Now I have to wonder whether Mossad has succeeded in weaponizing delivery of COVID.

No doubt his obituary will appear in Beijing and Moscow.

And in the Washington Post. He may be remembered as an ‘Austere scholar’ or as an unflagging advocate for Muslim rights.

He’ll probably be referred to by progs as ‘unbreathing’.

I’m guessing the WuFlu virus was found in his system after he blew himself up while assembling a bomb.

I hope it splattered over all the other people who were watching.

Better yet if it took a bunch of them out.

No, he was long retired from that sort of thing. Actually he was on the outs with the ruling junta, and was involved with the anti-government Green Movement or whatever they called it. The one that 0bama should have supported.

Yeah, I’m sure he was a sweet guy.

Did I imply any such thing?! Your fantasies are irrelevant. Facts are facts, and you are not entitled to ignore them.

Sounded like you implied that to me. Anyway, the post is straight above for all to reach their own conclusions.

The post doesn’t say anything about what he’d been doing lately. It only talks about what he did in the ’70s and ’80s. Hence Pasadena Phil’s understandable but incorrect assumption that he was still into building bombs. But facts are important.

He’s acually very kind to young children – before he buggers them.

Just a regular guy retired from his job.

I noted that the Times of Israel made a point to say he had lost his right hand. Although from the photo his left hand didn’t look like it was in great shape either.

The left hand in the photo looks fine to me. The camera caught it at an odd angle, but it looks normal.

Not normal at all.

I guess it was the will of Allah.

Pigs Be Unto Him

I think I will suspend my usual rule against speaking ill of the dead.

This person was not just an enemy, who might have had rational reasons to protect his own kind: this one was an evildoer who chose to destroy his own soul in pursuit of illegitimate, eternal war.

He was absolutely right in this case. As it will be when the likes of pelosi, clinton and biden drop dead.

Couldn’t happen to a nicer man

As Johnny Cash once said, “Sooner or later God will cut you down.”

No way he was going to take any vaccine or therapeutics made by his worst enemy.

Finally, something useful from the chinaVirus. May there be many more of his type.