The revelations come as the Biden admin makes more concessions to Iran in hopes of restoring Obama-era nuclear deal. 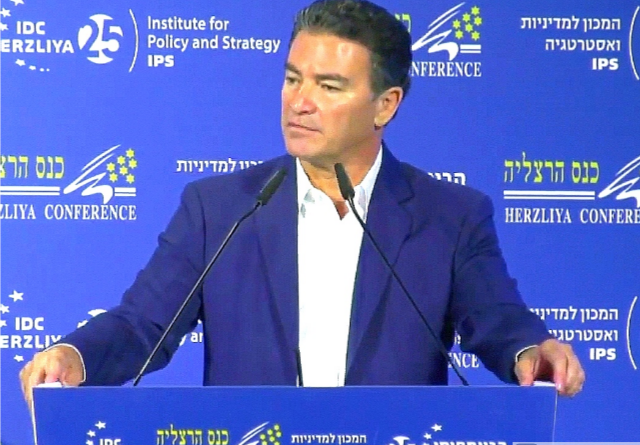 In a rare television appearance, the outgoing head of Israel’s Mossad intelligence agency has signaled his country’s role in disrupting Iran’s rogue nuclear weapons program. Israel may have played a role in a series of attacks on clandestine Iranian nuclear cites and elimination of the regime’s key WMD experts, Yossi Cohen, who retired as director of the Mossad last week, suggested.

In an interview with Israel’s Channel 12 TV network on Thursday, the ex-Mossad detailed the country’s ability to hit at the heart of Iran’s highly-secured nuclear weapons infrastructure. The Mossad surveillance had top Iranian nuclear experts in its crosshairs, including Islamic Guard (IRGC) general and “father of Iranian nuclear bomb,” Mohsen Fakhrizadeh, the spy chief said. In November 2020, Fakhrizadeh was eliminated in a roadside ambush, dealing a serious blow to the Iranian nuclear ambitions.

Israel did not take responsibility for any of those attacks or strikes.

The Times of Israel published the excerpts from the interview:

Yossi Cohen, who retired as head of the Mossad last week, provided highly specific details of recent Mossad activity against Iran, his interactions with Prime Minister Benjamin Netanyahu, his role in Israel’s normalization with the UAE, and his own undercover career in an extraordinary interview on Israeli television broadcast on Thursday night.

Cohen intimated that his agency blew up Iran’s underground centrifuge facility at Natanz, gave a precise description of the 2018 operation in which the Mossad stole Iran’s nuclear archive from safes in a Tehran warehouse, confirmed that Iran’s assassinated top nuclear scientist Mohsen Fakhrizadeh had been in Mossad’s sights for years, and said the regime needs to understand that Israel means what it says when it vows to prevent Iran attaining nuclear weapons. (…)

The interview was presumably approved by Israel’s military censors, and Cohen was circumspect on numerous occasions, but nonetheless talked about his career, philosophy, and key operations with an openness and detail radically atypical of spy chiefs, especially those whose service has only recently ended.

Early in the more than an hour of conversations for journalist Ilan Dayan’s “Uvda” (Fact) documentary show on Israel’s Channel 12, Cohen indicated that he was deeply familiar with Iran’s various nuclear sites, and said that, if given the opportunity, he would take Dayan to the underground “celler” at Natanz, where, he said, “the centrifuges used to spin.” (…)

Regarding Fakhrizadeh, identified by Israel as the father of Iran’s rogue nuclear weapons program, who was killed in an ambush near Tehran in November 2020 that has been widely attributed to Israel, Cohen said that he was watched by Mossad for years and that the Mossad was physically close to him before November 2020.

Fakhrizadeh “most troubled us from the point of view of the science, the knowledge, the scientists of the Iranian military nuclear program,” said Cohen, and therefore “he was a target for [intelligence] gathering for many years.”

Cohen admitted that it was mistake to allow the Gulf Arab country of Qatar to send huge amounts of money into Gaza, which instead of upgrading civilian infrastructure ended up in the coffers of Hamas.

“I made a mistake in transferring Qatari money to the Gaza Strip,” Cohen said. He changed his mind following the recent flare-up in hostilities between Hamas and Israel in May.

“I admit that I wholeheartedly believed that the people of the Gaza Strip would get used to a little more comfort that would greatly improve their civilian system, [and] not be used for military purposes. I thought their lives would be better and motivations for crises and wars diminished. And I was probably wrong. I was wrong,” Cohen admitted.

Qatar has transferred around 1.4 billion in “aid” to Gaza since 2012 and pledged another $500 million following the recent conflict triggered by Hamas’s rocket attacks into Israel. The Biden administration has announced $110 million additional funding to Gaza.

In recent weeks, the former intelligence chief had stressed the need to keep up the pressure on Iran as it pursues a rogue nuclear weapons program. The warning comes as Israel is most likely to have a new government on Sunday, ending Prime Minister Benjamin Netanyahu’s 12 years at the helm of the country.

“Activity against the Iranian regime must be stepped up so that it understands that crossing lines will cost it immense damage,” Cohen said last month. “[Israel must] fight it and its actions to the bitter end, until it understands that whenever it crosses a line, it will suffer enormous damage,” he added.

“Netanyahu says will not allow Iran to obtain nuclear weapons”

I think a big “Thank you Mr. Cohen!” is in order here.

It does make you wonder what other things that have been done that Mr. Cohen won’t discuss.

When will Iran get the rest of, about 99% , of what they have coming?

They lose BIbi and I fear Israel will not survive

Wrong. Getting him out is the only solution to the political deadlock.

People who criticize the ridiculous platypus of a government that’s being formed now as unstable are missing the point. It doesn’t have to last very long. Once Netanyahu’s out the Likud can reunite and elect a new leader, who can form a solid right-wing government with a large majority, and topple this temporary arrangement. Any laws passed to entrench it can always be reversed.

I’ve tangled with you in a few previous threads and I’ve read many of your points on this subject. The sense I get is that you are formidably intelligent on the subject and really do mean well, and I suspect wish as well for Israel as I do.

But what is happening in Israel is an absolute disaster.

In the 2010’s we emerged as a legitimate regional superpower, and a legitimately strong voice in world affairs. Our economy has boomed. We established unprecedented ties with Central Europe, with Asia/India, with African nations, with central and Southern Europe, and of course many Arab nations. We had the respect of these nations, a newfound respect we never had.

And we had more peace and safety and calm in the country than ever before in the Zionist era.

I disagree with what you impute to Bibi—as to his ambitions, his character, his cowardliness (e.g., in caving to Arab/US demands).

But even so, Bibi has flaws. Everyone does. But it is indisputable that Bibi’s reign has made Israel far stronger, wealthier, and influential on the world stage—and especially in asserting its sovereignty—than has ever been the case in the nations history.

If the voters want him gone, they can accomplish that at the ballot box. It is not right—it is an unconscionable violation of the people’s will—to remove Bibi as this coalition is proposing to do. This is not a natural and practicable coalition. It is an amalgam of left wing parties that Israelis do not want in power with an assortment of right wing party leaders who have sold out their constituents. You really think Bennett’s base is OK with this coalition?

This is a fraud, no more or less.

Perhaps you’re right and I’m wrong. But I don’t think it will take very long before I am in a position where I can say I told you so.

Kind of like Trump being removed through election fraud, Dems and Commies.

If the voters want him gone, they can accomplish that at the ballot box. I

They did exactly that. A majority of them voted for parties that were opposed to him and said they would bring him down.

I wish our CIA were as dedicated and effective as Mossad. Under Obama, the CIA was rendered toothless and ended up spying on domestic political threats like the Trump campaign.

“0bama”?! 0bama had nothing to do with it. Try Carter. But the real culprit is Frank Church.

Seriously?! Someone disagrees with that?! How?

imagine–the head of a premier intelligence agency standing up in public and admitting he was wrong–lord, a true warrior–regardless of his personal side, look at the accomplishments/work of mossad during his tenure–a man of focus, of vision, of concentration–no matter the politics, the respect and admiration he has earned throughout the intelligence community worldwide is well-deserved

if DJT was still in the whitehouse, believe he would have brought cohen on in at least an advisory role to help in minding the store