Democrats Trying to Rewrite History on ‘Defund the Police’

Democrats Trying to Rewrite History on ‘Defund the Police’ 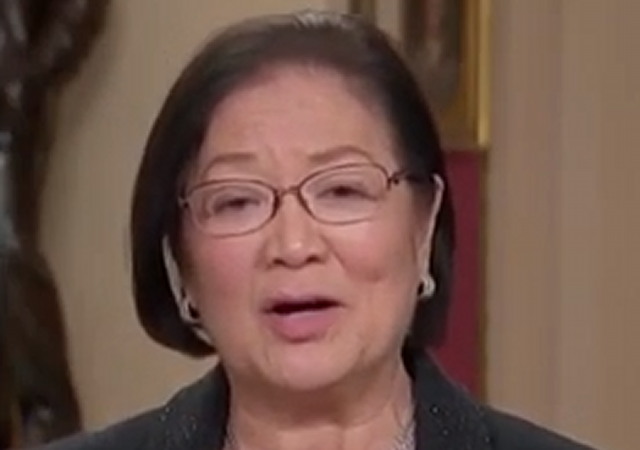 The Democrats must have internal polling on ‘defund the police’ that’s truly awful, because some of them are already trying to rewrite the history of the issue.

With violent crime on the rise in many American cities and a midterm election around the corner, Democrats suddenly don’t want to be associated with this at all.

They also think you’re dumb enough to believe they never advocated this position.

Sen. Mazie Hirono (D-HI) said Wednesday that her party does not support the movement to “defund the police.”

Maybe Senator Hirono never said it, but other members of her party did, and quite explicitly.

Squad member Ayanna Pressley tells CNN's Don Lemon that she still wants to defund the police: "I support a radical reimagining of community safety and public safety … which means reallocating and not further investing." pic.twitter.com/hUrIfk2std

Some of the Democrats currently running for mayor of New York City are running on defunding the police:

Children on their way to buy candy aren’t safe — and some mayoral candidates still want to defund the police. Remember, those candidates shouldn’t be ranked at all. Vote for safety! pic.twitter.com/fKC42xnQDv

Over at the White House, Biden press secretary Jen Psaki suggested a few days ago that it’s Republicans who want to defund the police.

Kylee Zempel writes at The Federalist:

White House Rewrites History With Claim That Republicans, Not Democrats, Tried To Defund The Police

Unfortunately for White House staff, the rest of the country isn’t as amnesic as their bossman Joe Biden, which is why when press secretary Jen Psaki on Wednesday tried to pretend it was actually Republicans, not Democrats, who attempted to defund the police, it was easy to call hogwash.

The pants-on-fire moment came in response to a question from Fox News White House correspondent Peter Doocy, who asked about Biden’s new “comprehensive strategy to combat violent crime and gun violence” that includes a “whole-of-government approach” to hamper the flow of firearms, provide federal support for local law enforcement, and expand summer programming and job opportunities for young people.

Is the idea that criminals are going to stop committing crimes if they have a summer job? Doocy wanted to know.

Psaki’s response gets a handful of Pinocchios:

Part of [Biden’s] announcement is also ensuring there’s specific guidance to communities across the countries to ensure that they have funding to get more community police around the country, something that was supported by the American Jobs Plan that was voted into law by Democrats just a couple of months ago. Some might say that the other party was for defunding the police — I’ll let others say that, but that’s a piece.

This is shameless revisionism. Whatever could be driving Democrats to do this?

Democrat cities across the country have sought to defund the police for over a year. And now they're surprised by a Crime Crisis?

President Biden's solution is to blame guns and lawful gun owners instead of the Left’s open embrace of the Defund the Police movement. pic.twitter.com/D3YA24beEz

Yes, I distinctly remember, it was Republicans and Trump supporters who wanted to defund the police. They demand this and marched in the streets, burning a looting throughout the entire lead up to the election so they could become the law themselves and intimidate people of color from exercising their constitutional right to vote and steal the election from Joe Biden who bravely marched in the streets arm in arm with the peaceful counter protestors who were trying to save democracy and law and order in America.

I remember all this. It’s clear as a bell. The Democrats defended the police and all the oppressed people of color in America from the racist white supremacists who were trying to eradicate the police in the inner cities so they could impose their racist will and return all peoples of color back into the bonds of slavery. And don’t let anyone tell you otherwise.

Self hatred theater keeps them on the plantation.

“Like lemmings to the sea” their culture does not allow individual thinking.

I’m sure our resident idiot will be along shortly to spew his talking points about how if we would just get rid of all the icky guns then there would be no crime.

I can hardly wait. I read all his posts in order to get a tingle down my leg.

I guess they are counting on the fact that a lot of people have the memory of a geriatric goldfish.

Which is still more than Joe Biden’s memory

Maybe she would be kind enough to explain the surging crime in those locations who have been under near exclusively d/progressive control for 30, 40, 50 or more years.

If she is inclined she could add an annex on root causes and list the total spending, Federal, State and local which went to programs, directed by d/progressive government officials, that were supposed to ‘break the cycle’ by addressing the root causes.

Perhaps once she realizes that the majority of violent crimes are located within a few jurisdictions controlled by members of her party for decades she would be willing to demand accountability for these long-standing failures?

Somehow I doubt it.

Soon they will be walking back CRT too.

Weasel words “we never took a position on this AS A PARTY” – bullshit. Most of the progressives happily encouraged it and the other Dems were silent or refused to denounce it.

They are just looking to play both sides. It’s despicable.

They’ll try to change the name and stay the course.

It’s the hill they’ve chosen to die on.

“Democrats trying to rewrite history on defund the police”

Should read “Democrats trying to rewrite history on everything”

“Over at the White House, Biden press secretary Jen Psaki suggested a few days ago that it’s Republicans who want to defund the police.”

Psaki is a robot.

btw, that Ayanna Presley is one spooky looking & sounding person. Yeah, I know she has alopecia (and so did John D. Rockefeller).

I thought it was spelled uglopecia.

Hirono is a few feathers short a duck.

The Marxists are always trying to rewrite history. It’s what Marxists always do. It’s one of the first things the Bolsheviks started doing after seizing power in Russia.

How can people be brainwashed to think correct thoughts if they’re exposed to too much reality? The utopian Marxist Matrix is fragile.

So the communists finally figured out that defunding the police is stupid?

Just who ‘owns’ these people? Soros?

I understand Ginger is they to carry the water but any Trump press sec couldn’t lie like she does and go unchallenged. The bill had nothing to do with policing and everything to do with a cash grab.

I’d say the D party is about to get their ass handed to them via midterm elections, but I hardly doubt that. Something tells me they will keep the House and win the Senate. They have perfected something, and like “The Sting”, they have an inside man.

Mazie thinks we are as stupid as she.

Republicans are such evil geniuses that they were able to get the Democrat mayors and city councils in several major cities to defund the police against their wills, and without any realization of what they were doing. Drugs? Hypnosis? Payola? One can only imagine the scope of the Republican’s nefarious scheme to make the Dems fall guys for “defund the police.” I’m glad Chucky is all over this and pointing people in the right direction. Nancy Pelosi needs to convene a special House investigation into the Republican’s role in “defund the police.” I’m sure Adam Schiff is sitting on a pile of proof of same even as I write.

I don;t understand how anyone would question Mazie Hirono’s wisdom? She’s one of the brightests lights in the House.

Have you heard the one where ‘Our Nation’s Soul’ reminded us:

‘We lost 600,000 dead in America in about a year. That’s more than every life lost in WWI, WWII, the Vietnam War, Iraq, Iran, across the board – Afghanistan. More lives lost in a year than every major war in the 20th century and the 21st century.’

If you haven’t yet taken your new history lesson you will find it here:

Just doing my part in keeping the public informed! Fulfilling my Patriotic Duty!

To be a Democrat politician is to quest for ***power***, not good-governing. I wish many would realize this and stop assuming otherwise. Change your perspective.
Democrats yearn to create a perfect La Costa Nostra — whereas a “Made-Man” or Made-PERSON you are untouchable to society. It is why so many are attracted to it and play along.

Actually I believe Piss-aki. She talked about “community policing” and not actual policing. When leftist modify a word by putting an innocuous word in front of it they do it to trick normals into thinking they’re all talking about the same thing.

Community policing probably involves having spies in the force so people will know when there will be an operation targeting illegals and gang members.

So leftists like Oakland Mayor Libby Schaaf can go on TV and tell them to lay low and hide.