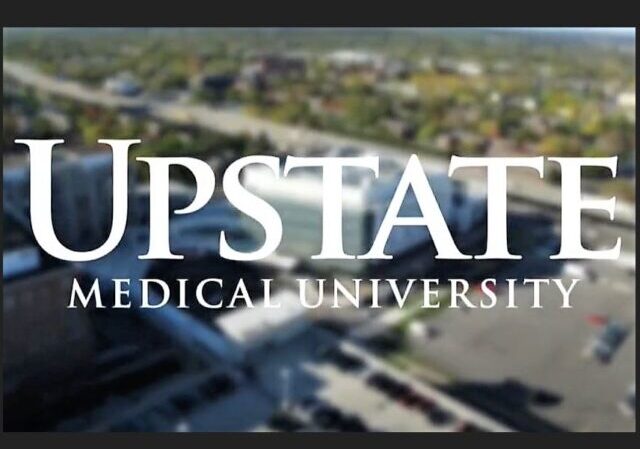 A lot of attention is being paid to K-12, higher education, corporate, and government abuses of various forms of Critical Race training (sometimes called “antiracism” or “equity” or other euphemisms). The same movement is pushing deep into medical school education, something we have covered, but has not yet generated national media attention.

In December 2020, after a tip, the Legal Insurrection Foundation, jointly with the Washington Free Beacaon, served a Freedom of Information Law (FOIL) request on SUNY Upstate Medical University in Syracuse, New York. We go the runaround, to put it mildly, a complete rebuff and refusal to produce anything, forcing us to file an aministrative appeal and then a court case. See these prior post for the details:

The lawsuit, an expedited Petition to review agency action, was filed in the New York State Supreme Court, Onondaga County. In NY State, the Supreme Court is the lower court, with a trial part and an appellate part. The NY Court of Appeals is the highest court.

We just received the Decision & Order, granting us a partial victory, but the partial victory nonetheless requires SUNY Upstate to turn over a substantial portion of the documents we sought.

After describing the FOIL requests, and dispatching some procedural arguments raised by SUNY Update claiming the court action was premature, the Court granted our request for a wide range of records from the Chair of the Diversity Task Force and Tiger Teams, as well as minutes. The records requested from other named individuals, who were lower down the administrative chain, were denied as not sufficiently definite and duplicative.

Here, LIF seeks records pertaining not just to one identified individual but overlapping and duplicative records from each and every member of the University’s “Task Force ‘ and “Tiger Teams”. The reality of a request on this basis is that, in large measure, it provides no reasonable detail at all. Matter of Jewish Press v. Metropolitan Transit Authority of the State of ew York, 193 AD3d 460 (1 st Dept 2021).

The exception to the foregoing is Request #2 which seeks ‘ all records received, reviewed, or created by the Diversity Task Force Chair, Dary II Dykes, PhD, MD, JD, regarding the business of the Diversity Task Force and/or Implement and Oversight Tiger Teams”. Pflaum is applicable to this request at least where it has been shown that records were electronically maintained and the request identifies that the records are sought for one individual. On this basis, University has not shown that the request was insufficiently described. To the contrary, the request contains that finite and tangible identifier necessary to meet the requirements set out in Matter of Konigsberg v. Coughlin, 68 .Y.2d 245 (1986), to wit, single name identification.

The further exception to the foregoing is Request #7 at least as to “meeting minutes, meeting agendas and presentation material”. LIF is quite correct that these are routine records and subject to disclosure as being reasonably identified.

Here is the text of Request No. 2 that the Court ordered produced:

Since the Chair of the Task Force likely received, reviewed, or created most of the significant documents, by granting Request No. 2 the Court required SUNY Upstate to turn over most documents regarding the Diversity Task Force and Tiger Teams. The meeting minutes, agendas, and presentation materials (Request No. 7) also should prove of interest.

So we didn’t get everything we wanted, but we are getting a lot more than SUNY Upstate was willing to give us without a court order. We are reviewing whether to appeal the denial of our other requests.

As before, a special shout out to our counsel, Cameron MacDonald, Esq., of the Government Justice Center in Albany, NY, which specializes in FOIL litigation.

We look forward to getting the records from SUNY Upstate Medical.

Awesome! Can’t wait to see what you find in there. Everyone, donate to LIF!

Well if nothing else, the production will show exactly what is considered to be CRT/ Equity by this particular institution.

Based upon their attempts to prevent disclosure of the materials, communications, train slides, agenda items along with presumably invoices for various outside ‘consultants’ one could be forgiven for believing the worst.

In any event the sunlight of public scrutiny is the best disinfectant.

Keep up the good fight!

Is there a defining significance of the materials not delivered?

Better that 100 patients die a painful death from pancreatic cancer, misdiagnosed by CRT acolytes, than 1 be saved by a physician adhering to time-honored precepts.

One more brick out of their wall. .