Businesses have been paying more for supplies and raised hourly pay to entice people to return to work. Therefore, menu prices went up. 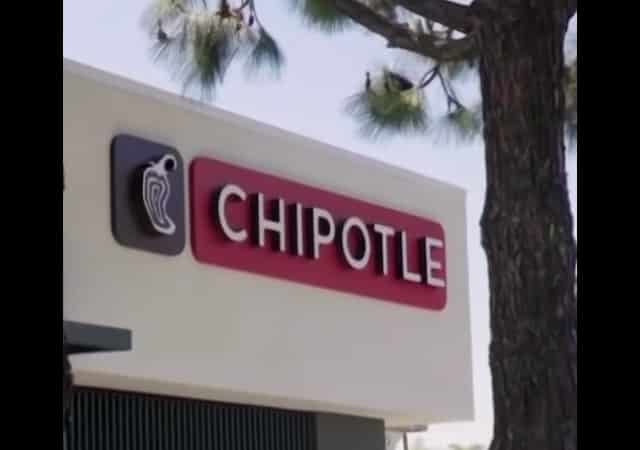 Chipotle raised prices on the menu by 4% because the company raised the hourly pay for employees.

In May, Chipotle said that it would raise hourly wages for its restaurant workers to reach an average of $15 an hour by the end of June. Company executives said at the Baird Global Consumer, Technology & Services Conference that they would be passing along the price of raising pay to consumers.

“It feels like the right thing, at the right time, and it feels like the industry is now going to have to either do something similar or play some kind of catch-up,” CFO Jack Hartung said at the virtual conference. “Otherwise you’ll just lose the staffing gain.”

The economy continues to open, which means businesses need employees. But with the government handing out money people do not want to go back to work.

Therefore, businesses have raised the minimum wage (on their own!) to entice people to work.

Unfortunately, they need to raise prices on the menu to offset the costs.

The companies need to make a profit.

The May jobs report showed a decent number of new jobs. The leisure and hospitality industries added 292,000 jobs.

But does the formation of new jobs matter if the companies do not hire anyone since no one applies? The leisure and hospitality industries’ “employment in those fields is still down by 2.5 million with pre-pandemic levels.”

Plus, restaurants have to deal with a rising cost for supplies as those companies dash to accompany demand.

Chipotle is not the only business raising prices.

Kitchen on Klinton Wings and Things in Lafayette, LA, had to change prices since the price of chicken has hit “an all-time high.”

Co-owner Tre’Jan Vinson said he cannot “get a case of chicken for under $160.”

Emaco Food Services, one of Vinson’s suppliers, admitted the country has a chicken shortage. It raised the cost of chicken, but the situation is fluid so each week businesses have a different price.

Hakan Swahn, the owner of Aquavit in New York City, said he spends “15 percent more on supplies, while customers’ checks are on average about 15 to 20 percent.”

Ciro Casella, the co-owner of San Matteo Pizzeria on the Upper East Side, said the price for “everything” has gone up “sky high.”

“Even pizza boxes, they raised like crazy,” he griped.

Joe Biden said “American’s who earn less than $400k will not pay more” when he was campaigning.

Why a lie. Every economist knows that an increase in the deficit affects everyone – your kids and grand kids will be affected most because they will ultimately pay for most of it. And their is a short term tax in the form of inflation due to the oversized stimulus that the new cash infusion causes.

Yeah, when a politician ever says “you won’t pay” you better grab hold of you wallet.

I agree with the spirit but the sad fact as you know is that you can’t hold on to your wallet with any hope of defense. They are stealing the mythical value of fake printed papers that never leave your wallet. What a great deal!

Papers and electronic bits that can be flagged, marked, ironically on secure exchanges at progressive costs (e.g. intermittent/renewable energy). And possess the arms to confiscate and engage in redistributive change and exchange of material possessions.

Not only have prices increased due to inflation your income is worth less than it was a year ago as well.

While these people will make pennies more, they will also pay more taxes near the lips of the brackets that negate much of it. They, along with everyone else, will also pay higher prices for anything and everything given enough time.

What a big win for the blue collars and the middle class!

A progressive price, progressive wage (and “benefits”), and vice versa. An ouroboro evolution to a singular outcome presaging a veritable and literal “big bang”.

Raise your prices 4% and you will have 8% less customers.

For some reason, this restaurant is a millenial favorite. I can’t figure why.

But it won’t be for long.

Now they get to feel extra virtuous for eating overpriced rice and beans.

Because it’s “woke.”
Everything is family farmed, organic, gluten free, fair traded, and non-GMO, farmed and transported entirely by little hippie elves who live in hollow ganja stems.
And now their employees have a new “living wage.” And, of course, they’re not going to lay off celebrate a small percentage of employees who “voluntarily depart to pursue other experiential opportunities.”

Maybe all the fat wokesters like their e-coli diet.

Ms Chastain, I would ask a favor. In your post, you acknowledge that over 2 million jobs must be reinstated to get the economy back to pre-pandemic levels. These are not “new” jobs, as you called them. Please don’t use biden definitions, since they replace reality.

If we include the actual new jobs required by a healthy economy (i.e.: high school and college graduates attempting to enter the job market, as well as LEGAL immigrants, etc.), we can’t ignore how far behind the job market has fallen in the last year. Pre-pandemic employment can be a benchmark, but if economic history is accurate, the economy is behind at least twice as many jobs as the number you noted.

This summer, as the next batch of graduates/legal immigrants hit the streets, if the economy has an inflationary “glitch,” and/or the housing/stock markets stagnate or tumble, next year will be a real lesson in the Laws of Economics.

Like many things under Biden – Economics has been perverted. They actually believe economic principles are racist. It’s a bit like believing gravity is racist.

Economists in the Biden administration believe you can print money indefinitely with no adverse impact. Even AOC has alluded to this belief. She and others think that because the USA is the world’s reserve currency – you have an unlimited printing press.

Such economists must have gotten a PhD in Woke Economic Studies. These views are dismissed by any real economist. In fact, these views would have been considered nutty in any year other than this one one where it seems everything is turned upside-down.

Someday, people will report on the bizarre theories of the Woke economists. Probably not before the depression tat this idiot will cause. Or the national security threat when the world decides the US Dollar is no longer be trusted as the world’s reserve currency and a new one replaces it (maybe one from China). If that happens, the USA is f*cked.

To put it in perspective – we ate the seed corn – borrowed more – and ate that too. Now the administration wants to give us happy talk about how we can borrow more indefinitely.

The Federal economy is being led by morons and it seems to get worse every year with Biden people achieving the pinnacle of economic insanity by borrowing money to invest in climate change and other woke initiatives that limit our economy and reduce our ability to pay bac our debt (meaning a negative return on invested capital). Like a business owner who uses borrowed funds to supports a politician that is anti-business and wants to close all businesses 6 days a week. If the invested funds achieve the goal – the business dies.

Thank you for pointing out the need to NOT use the Marxist terms of the left. You are correct. These are not new jobs, and we are far behind the benchmarks set by the previous administration pre-pandemic.

When people say that the Biden administration is the third term of the Obama Administration, they are stating a fact. We are seeing jobs being outsourced, with no hope of those jobs returning to America any time soon. We are seeing record unemployment, hidden inflation, poor representation globally, rampant illegal immigration, and a hatred for America by its very own population.

I have tried Chipolte three times. They are better at a colon cleanse than the Varsity in downtown Atlanta.

A 4% reason why I refuse to eat there. I was forced to eat there, once. The food wasn’t that great.

It’s the McDonald’s of Mexican food. Depending on where you live, you can find a lot of truly great Mexican food. I’m in Austin, TX and would never dream of wasting my time or money in a Chipotle… it’s a fast-food shit-hole.

Over the past year I’ve been adding a very generous tip for servers even though I haven’t eaten inside. Even so, my favorite place shut down for 3 weeks for lack of staff. When they opened up, prices were up by about 7-10% as well. My back-up favorite is gone. And this is a state that fought for survival of small business.
By a new regulation, approved approved by 60%+ of our Republican voters, wages will rise to $15/hr by 2026, but that may be eaten up by Bidenflation. How about it, Blue States? What have you done?

This is what happens when they install a dementia-ridden, communist pedophile traitor in the White House. Don’t expect things to get better until the pedophile is gone and if the whore succeeds him, that just extends the pain.

I buy Chipotle sauce at the supermarket and use it on my own cooking.
Wondering if crypto will surge as inflation starts a screaming rocket ride to the moon.
I have bought some crypto, I’ll probably buy more.

And yet the weird thing, their stock price.

That’s an overinflated stock price if I ever saw one.

Ultra-woke Starbucks raised its prices about 12% in January. I haven’t been back there. I make coffee the old fashioned way again.