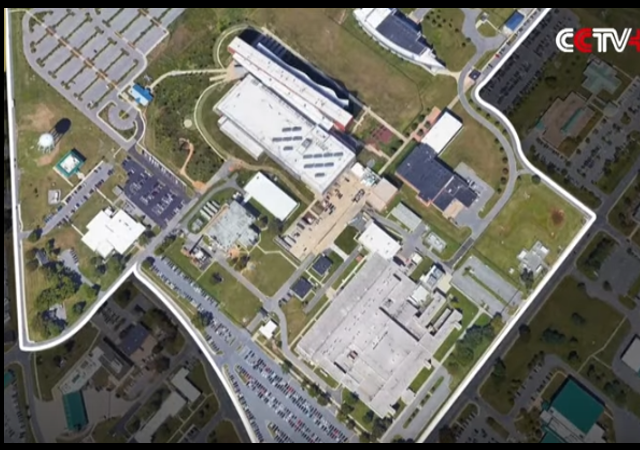 The current administration and the American media have suddenly accepted the likely reality that the coronavirus caused the pandemic came from a Chinese laboratory.

This development means that the Chinese Communist Party must start a new narrative.

Therefore, Chinese officials demand an investigation into the famed American research facility, Fort Detrick. Apparently, it has links to the COVID leak.

The US doesn’t care about facts or truth at all, neither is it interested in a serious scientific study on the origins. Its only aim is to use the pandemic for stigmatization and political manipulation to shift the blame,” said Chinese Foreign Ministry spokesperson Zhao Lijian.

Zhao then referenced Fort Detrick, a US Army biomedical research laboratory in Maryland that has been linked — without evidence — to the emergence of the virus by Chinese officials and state media outlets.

“What secrets are hidden in the suspicion-shrouded Fort Detrick and the over 200 US bio-labs all over the world?” Zhao said, adding that the US “owes an explanation to the world.”

The Chinese state media offered up the Fort Detrick theory last March. But, unfortunately, they pushed it more by the time the World Health Organization (WHO) visited Wuhan to examine the origins of the virus.

Fort Detrick hosts elements of the country’s biological defense program. While trying to deflect criticism of their handling of the coronavirus outbreak, Chinese officials have repeatedly responded by calling for the U.S. base to be opened to international inspectors.

In his remarks, Zhao also mentioned the faulty intelligence about weapons of mass destruction that led to the invasion of Iraq in 2003 and implied U.S. intelligence services were linked to a chemical weapons attack by the Assad regime against rebels in Syria.

After asserting they had the virus under control, the Chinese reported that they locked down a neighborhood of a major city after officials reported 20 cases.

The southern Chinese city of Guangzhou shut down a neighborhood and ordered its residents to stay home Saturday for door-to-door coronavirus testing following an upsurge in infections that has rattled authorities.

Guangzhou, a business and industrial center of 15 million people north of Hong Kong, has reported 20 new infections over the past week. The number is small compared with India’s thousands of daily cases but has alarmed Chinese authorities who believed they had the disease under control.

The spread of infections was “fast and strong,” the official Global Times newspaper cited health authorities as saying.

Saturday’s order to stay home applied to residents of five streets in Liwan District in the city center.

Is this new surge an attempt to distract from the recent focus on the Wuhan Institute of Virology laboratories? Is China trying to make everyone think the virus is still affecting the country?

I find it fascinating that Fort Detrick is now being used as a cover for the Chinese. Logically, one can conclude that probes into the Wuhan Institute of Virology activities would be over the target.

Like ten year olds saying “He did it too!” with little or no evidence. Shift attention to another and not so much is on you. The Chinese are too cowardly to admit fault and then take steps to keep it from happening again.
.

But, why would they want to take steps to keep it from happening again?.. I think whatever they did, worked according to their plan. I guess you have to believe it was an accident to give them any kind of credit at all. That may be the case, right now I am pretty cynical.

CCP are masters of propaganda. They were laughing their asses-off for the last 15 months as USA media and the Dem Party did their job for them by denying that the virus came from a Chinese lab. The USA used to lead the world in science. Now we lead the world in stupidity.

Get irked, Zhao. Good and hard.

The Chinese even steal reasons for the pandemic.

I guess they figured that calling for another investigation into Trump is getting old.

That is due to the amount of time and resources spent on covering their tracks.

So is Biden. [shrug]

Gee, thanks Biden! We are on the brink of WW III, but hey! No more mean tweets.

That’s what they should play a Biden-Harris campaign events.

>> I never realized how few people have critical reasoning skills.

Why should they ever have to campaign? They didn’t this round.

I’ve begun ostracizing everyone that voted for Biden. Sorry, but I am not your friend if you support this….especially after the 4 year tantrum. I’d really like to punch their noses.

I am surprised the Joseph Goebbels media didn’t push the theory earlier and much harder. It would be a twofer: get China off the hook while at the same time blaming Trump.

Just wait. They will find a way to make it Trump’s fault.

The USA media does China’s bidding because establishment politicians of both parties are knee deep in China money and influence.

LOL, Go for it. What they will find is that Fort Detrick has not done squat. Shoot, the last time anything came out of that place was wrongly accusing someone for Anthrax. Why not go down the road a few miles to Ft. Meade and see what they are doing to. Obviously it is not spying on the CCP, but spying on political targets for opposition research.

No wonder the US government is on the run. They are one big cluster F. and prove it everyday just a little bit more.

I think the CCP is making a mistake to try and deflect. Their body parts whole program has now ask for everyone to have 3 kids so they can sell more parts.

With CRISPR technology, we are going the way of Frankenstein. The mRNA vaccine is the start of this.

CRISPR is a technology that can be used to edit genes and, as such, will likely change the world.

Josef Mengele and Heinrich Himmler look like saints compared to the CCP and the US abortion parts wholesale programs. Ft. Detrick is the last place to find anything.

Ok. Just as soon as the team gets done with it’s unfettered, independent investigation into Rona at the Labs in Wuhan then they can come to any lab in the US that could be equally credibly accused as the origin location.

Seems fair to me. Though the Chinese can’t allow an unfettered investigation in which unrestricted access to every employee, every record, every protocol violation, every communication between the government the lab and the military and every instance of Rona transmission or Rona medical issue from anyone with even a tertiary link to those people is made available.

Plausible, but not probable. Reasonable doubt on its merits. Chauvin judgment revisited.

Well, sure. Don’t you all remember the massive, unexplained spate of deaths in Frederick, Maryland, before November, 2019?

Right, neither do I. Try again, Xi Lie.

This type of shit is why would should cut all ties, as quickly as is reasonably possible, with these Commie pricks.

You can never trust a Commie.

The idea that we are funding their bio-weapons research is so absurd it’s painful to think about. Likewise letting our supply chain for critical supplies and commodities become dependent upon them in any way. Likewise allowing them to own any assets in our country, or bribe our government officials.

They’ve declared war on us and we’re too fucking “woke” to realize it.

Still puzzled why Wahhabist Saudi Arabia is a long-standing “primary ally” of America.

Because of the oil? There is absolutely nothing puzzling about this.

Absence of evidence is not evidence of absence.

This cuts both ways.