“These people aren’t really genuinely disenfranchised at all. They just view themselves as special” 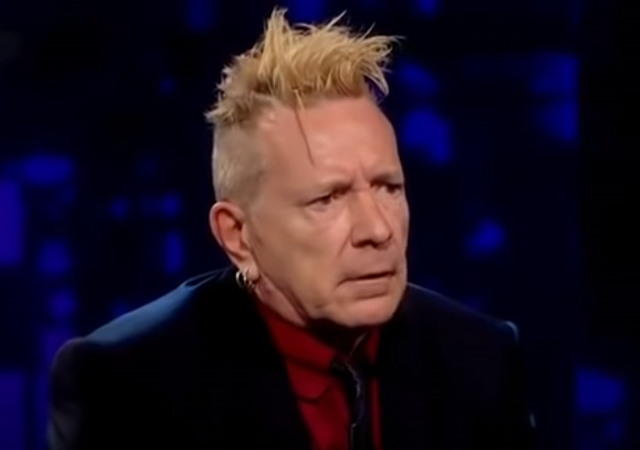 The left has gone so far out of the mainstream and common sense, that some counter-culture icons are starting to sound like conservatives.

Former Sex Pistols front man Johnny Rotten made it clear last fall that he was supporting Trump and this is one of the reasons why. The left has gone off the rails.

The 65-year-old conservative rocker recently did a profile with the Times UK in which he was asked about gaining American citizenship in 2013 and moving to California from London to take full-time care of his wife, Nora Forster, 78, as she battles Alzheimer’s disease.

The punk rocker noted that he finds America fascinating and a much better place to grow old than the U.K…

However, he sees a singular threat to the America he’s come to love over the years, and that’s modern political activism and “wokeness,” which he believes gets too much attention in both media and colleges.

“These people aren’t really genuinely disenfranchised at all. They just view themselves as special,” he says. “It’s selfishness and in that respect it’s divisive and can only lead to trouble. I can’t believe that TV stations give some of these lunatics the space. Where is this ‘moral majority’ nonsense coming from when they’re basically the ones doing all the wrong for being so bloody judgmental and vicious against anybody that doesn’t go with the current popular opinion?”

Hannah Sparks of the New York Post has more on this:

Sex Pistols’ frontman Johnny Lydon had some rotten things to say about “wokeness.”

In a recent profile with the Times UK, the aging punk rocker decried “cancel culture” and the activists who campaigned to tear down national monuments which they say promote historical racism. The statues include that of Winston Churchill, one of the UK’s most revered prime ministers.

He also blamed academia as well as the media for giving “the space” to “tempestuous spoilt children.”…

Addressing calls to tear down Churchill’s statue in London, Lydon dismissed criticism that the wartime prime minister was racist. However, critics point out that the leader once referred to Indians as “the beastliest people in the world next to Germans,” and thought that black people are “[not] as capable or as efficient as white people.”

“This man saved Britain,” Lydon asserted. “Whatever he got up to in South Africa or India beforehand is utterly irrelevant to the major issue in hand.”

If there are any bigger haters in history than today’s cancel culture, Lydon conceded, it’s the Nazis — and Churchill took care of that.

I’m reminded of that time back in 2010, when Moe Tucker, the drummer for the Velvet Underground, showed up at a Tea Party rally and declared her support for the movement.

Let’s celebrate Johnny Rotten with one of his hits from the band Public Image Limited.

‘I wanna be me’ Johnny Rotten

He was once the symbol of someone who spit in the establishment’s eye. He still is.

It’s hard to create great art if you’re not allowed to offend anybody.

“Anger is an energy.”

Johnny has always been the thinking man’s punk rocker.

He railed against Jeremy Corbyn and the Labour Party’s anti-Semitism.

He has criticized artists who boycott Israel.

He tells young people that there is nothing romantic nor good about the drugs parts of “sex, drugs, and rock and roll.”

And he is a thoroughly decent bloke as evidenced by his loyalty and devotion to his wife suffering from Alzheimers.

If only more artists had his balls.

The King is gone but he’s not forgotten.

When you’ve lost Johnny Rotten…..(you’ve lost about every member of historical counter-culture participants).

The left/swamp/Islamic axis is highly organized, and is doing a wildly successsful job of taking over our lives and turning our nation into the hellhole that is South Africa.

I admire John Lydon. He’s brave enough to speak truth to power, for real, and always has been.

It’s a shame about his “music”.