“Members of our conference have a simple and unifying goal – winning back the majority in 2022 to save our country from the radical Democrat Socialist agenda under Speaker Pelosi and President Biden.” 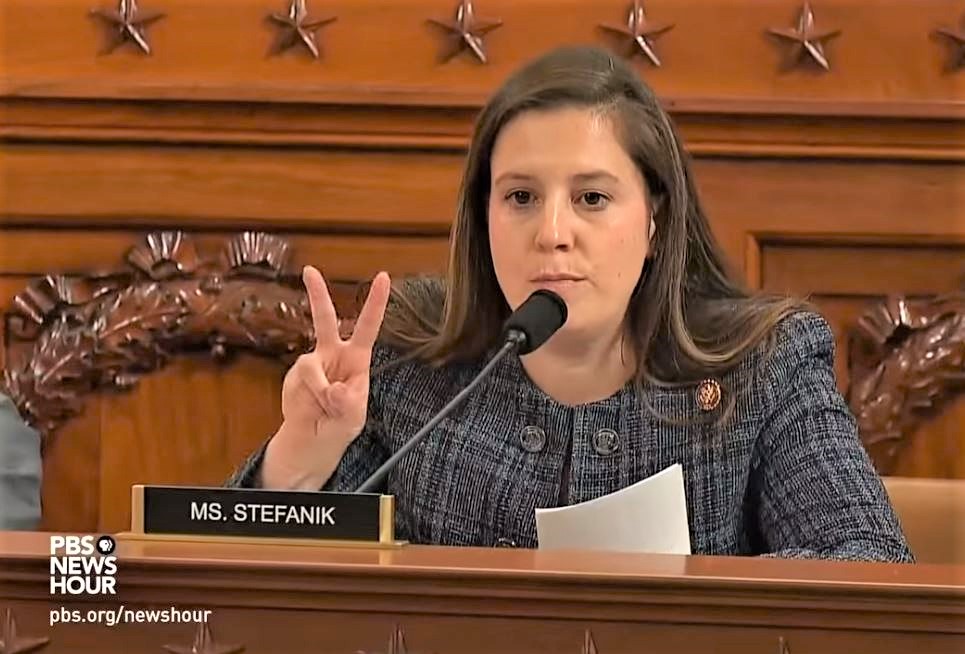 Stefanik said she’s “truly honored and humbled” to earn the support of her Republican colleagues, and vowed to “save our country” from the “radical Democrat Socialist agenda,” Fox News is told.

“I’m truly honored and humbled to earn your support to serve as our Republican Conference Chair,” Stefanik went on to say. “I know we are all here to serve the people, the voters who place their trust and faith in us. You have put yours in me to serve this Conference and I will never lose sight of that. I will always work my very hardest to earn your trust every day.”

She added: “This will not be an easy job, but I know we are stronger when united as a team.”

Stefanik said she has spent the last several weeks speaking to Republican lawmakers, listening to their “feedback, goals and priorities.”

“Members of our conference have a simple and unifying goal – winning back the majority in 2022 to save our country from the radical Democrat Socialist agenda under Speaker Pelosi and President Biden,” Stefanik said.

“At my home in Upstate New York, my husband and I live just a few miles from the Saratoga National Battlefield where 244 years ago, the founding of the Great American Experiment was in grave danger, hanging on by a thread as the prospects looked grim for those early patriots seeking to found a new country based on the ideals of liberty, freedom, and a limited government of the people, for the people, by the people,” she continued. “Great Britain looked to finish off the war once and for all. But the American patriots were disciplined and steadfast in carrying out their mission. They were comprised of brave patriots from across the colonies, each one bringing a different skill set and attribute to the larger team.”

“The world watched closely as the Americans defied expectations and won – that victory at Saratoga for the Americans turned the tide of the Revolutionary War, and the rest is history,” Stefanik declared. “How blessed we all are to live in the greatest Nation in the world – the United States of America. And how humbled we are that we have the opportunity to save our great Nation to make it better for all the American people.”

Well, she couldn’t be any worse than Cheney who couldn’t spout the communist line often enough.

She sure can be, on certain critical issues.

Anyone know why Mo Brooks described her as a “far left” replacement earlier this week? It didn’t make a ripple but it sure had a tinny sound to it.

Maybe because she voted against pretty much everything the Republicans proposed, including virtually all of Trump’s agenda?

As long as she raises money and gets Republicans elected, I’m fine with this–and I’m sure she knows how to keep her mouth shut, unless that idiot Cheney

I don’t need somebody else who knows how to get RINOs elected.

Wait – I was told yesterday that Cheney was kicked out cuz she was a birthing person. If that is true, why did those mean old chauvinist, misogynistic Repubs replace her with another birthing person?

Stefanik is not a true birthing person because reasons.

You don’t rise to the position she has without being acceptable to the swamp overlords….

Sometimes you have to hold your nose to pull the lever in a voting booth and sometimes you don’t. Here, she is marginally better than Cheney and I’m sure that 45 has a good measure of her loyalty and will deal with it accordingly.

She came to be a strong supporter of President Trump. She’s likely the best the GOP can do in her district (replaced a military supporting [10th Mtn Div/Ft. Drum in District] Socialist/Communist Party Representative). She will not be disrupting the Party and dissing the base.

Not a fan of Stefanik but at least she’s not Cheney.

Trumps comments about Roy were unnecessary

Whatever you feel about her at least she isn’t trying to elect Democrats and at least this was quick ending this as a news story.

Now Republicans need to avoid suggesting any regressive taxes and agree to top rate taxes unless they want to shrink the Republican (working class) base.

Biden taking up the Republicans on the counter-proposal is big news which if Republicans mess up could cost us both 2022 2024 or both.

“at least this was quick ending this as a news story.”

Too quick. Sets off my George Carlin alarm.

“The word bipartisan usually means some larger-than-usual deception is being carried out.”

Third person in the house minority is important enough to avoid having an enemy trying to sabotage the party from within there but not important enough to have been worth a potentially damaging fight to determine who the perfect person for the post was. Maybe every other Republican congressman was better for the job, but the important thing is it is now yesterdays news.

Nancy Pelosi came up from a position even less important than that one.

There was a story circulating that Stefanik promised not to run for the position after the new Session in January 2023. Don’t know if it is true, but that could have made her more acceptable to the conservatives.

All this adds up to someone who can work to balance out the competing priorities of the r conference and work to advance the achievable v personnel grandstanding. Her role is to get r elected.

While I can wish that every elected r was from a solid red district or state that isn’t the case. The r agenda is better served by nominating and working to elect the most conservative candidates who can actually win in their district.

She brings a good deal of talent and perspective to that role. Time will tell but she has every chance to be successful.