ICE can only target these illegal immigrants: “a national security threat, recent border crossers or convicted of an ‘aggravated felony.'” 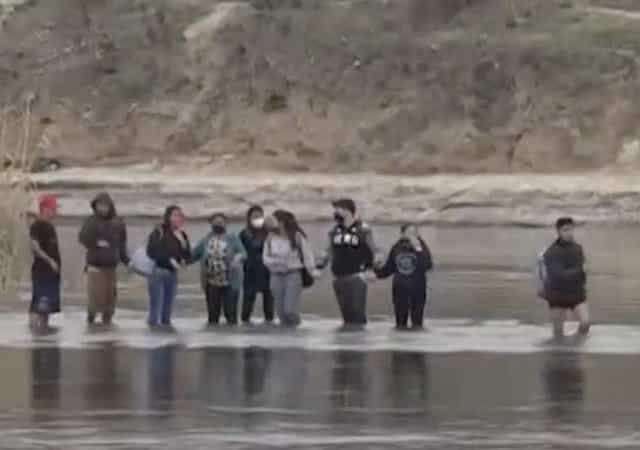 Arizona and Montana filed a motion to an Arizona district judge, asking for a halt to the Department of Homeland Security’s (DHS) guidance to limit who ICE can target and arrest.

The guidance comes as deportations have dropped big time.

The motion, filed to an Arizona district judge, comes as both Arizona and Montana are suing DHS over the interim guidance, issued in the first weeks of the Biden administration, which narrows ICE to targeting illegal immigrants who were: a national security threat, recent border crossers or convicted of an “aggravated felony.” It also included a pause on deportations, which was later blocked by a judge in response to a lawsuit from Texas.

While DHS officials have said that the guidance will make ICE more efficient and focused on the most dangerous illegal immigrants, it has also coincided with drops in both arrests and deportations.

An ICE spokesperson told Fox News this week that the agency deported just 2,962 illegal immigrants in April. The Washington Post, which first reported the figures, also reported that it was the first time the number had dipped below 3,000 and is 20% down from March — even amid a massive migration surge at the border that has overwhelmed authorities.

Arrests also dropped, going from 5,118 in January to just over 2,000 in April, according to the latest ICE numbers.

President Joe Biden tried to stop deportations, but a judge said, “the memo breached an agreement set up in the final days of the Trump administration.”

ICE agents can still arrest any illegal immigrant. However, the new rules state the agents must “seek preapproval from a superior if they want to arrest anyone outside of those narrow categories” listed above.

Glad to see more pushback against the Asterisk office holder.

A number of these suits have been filed, I wonder how they are actually going.

Department of Homeland Security. Whose homeland, and, whose security?

Well then fine. They should simply round ’em all up, put them in vans, and transport them right back across the border and dump them off at the first convenient location. But don’t arrest anyone. Don’t ask for papers. Don’t ask for names. Just round ’em up and move ’em out. End of problem.

Round whom up? If you don’t ask for papers or names, how on earth can you know whether they’re here legally or illegally? How can you know they’re not US citizens or legal residents?