“[We] have to be extra careful about what is being said, since we can’t just say something controversial now that we’re in people’s homes [because of remote learning].” 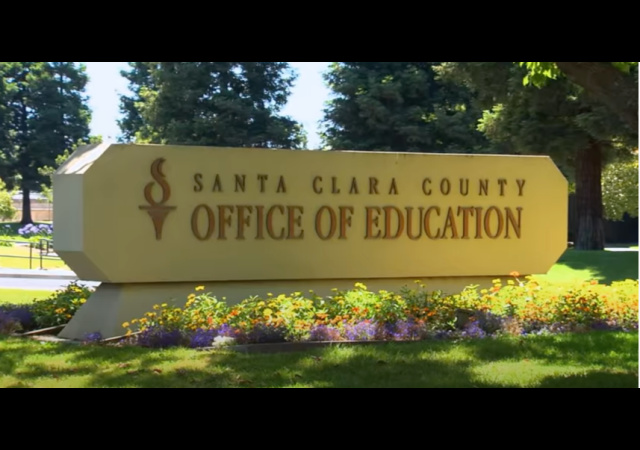 The push for ethnic studies in California’s public schools has been going on for months. We have documented it and noted the anti-American and anti-Israel nature of the program.

The left is not waiting for someone to tell them they can’t implement this. They’re just doing it and even allegedly hiding parts of it from parents.

Christopher Rufo has been leading the fight against Critical Race Theory in education.

He writes at City Journal:

California public schools are embarking on a new experiment: education as social justice. Earlier this year, the state Department of Education approved an ethnic studies model curriculum, and individual school districts have begun to implement programs that advocate “decolonizing” the United States and “liberating” students from capitalism, patriarchy, and settler colonialism.

This will likely come as a surprise to most California residents, who may be familiar with the movement’s euphemisms—“ethnic studies,” “educational equity,” “culturally responsive teaching”—but do not understand the philosophical and political premises of these programs. As the state and many school districts begin to implement the state ethnic studies curriculum, however, details are emerging.

I have obtained documents from one such program, the Santa Clara County Office of Education’s Ethnic Studies Initiative, that paint a disturbing picture of the ethnic studies curriculum and the activists leading the charge. According to the documents and to sources within the district, the Office of Education held a series of teacher-training sessions on how to deploy ethnic studies in the classroom. The leaders, including district staff, an advisor for the state Ethnic Studies Model Curriculum, and a professor from San Jose State University, encouraged teachers to inject left-wing politics into the classroom and to hide controversial materials from parents.

What kind of education program hides materials from parents?

Proponents of this program are coming right out and saying that because of remote learning, they have to be “careful” about what parents can see:

Teachers must be careful, though: Pacheco and the other panelists suggested that local educators hide this revolutionary pedagogy from administrators and families. “District guidelines and expectations are barriers,” said one panelist. “[We] have to be extra careful about what is being said, since we can’t just say something controversial now that we’re in people’s homes [because of remote learning].”

This is being done in public schools with taxpayer money:

Jorge Pacheco, an adviser for the state ethnic studies curriculum, said that teachers must "awaken [students] to the oppression" and lead them to "decodify" and eventually "dismantle" the dominant political structures, which enable "white people [to exploit] people of color." pic.twitter.com/t5ut4mYS8i

The language in the presentation is pure Marxist conflict theory—oppressor-oppressed, praxis, synthesis. Pacheco acknowledged that the Marxist underpinnings "scare people away," but insisted that teachers must be "grounded in the correct politics to educate students." pic.twitter.com/2gUUruIIaM

The panelists advised local teachers to hide this political program from administrators and parents. "District guidelines and expectations are barriers," said one panelist. "[We] have to be extra careful … now that we're in people's homes [because of remote learning]." pic.twitter.com/jgq8A7RGL6

This curriculum will soon become commonplace for millions of California schoolchildren. Earlier this year, the state Department of Education approved a "model ethnic studies curriculum," championed by Pacheco and colleagues, who encourage recruiting kids beginning in first grade. pic.twitter.com/KPqUpDGdnx

This is not education. It’s political indoctrination, being finance by parents who are seen as potential enemies of the agenda.

The peasants and proles are not entitled to know what Big Brother and The Ministry of Truth are teaching their children.

This is the final nail in the coffin of our public school system. CRT is unacceptable, and it is the best way to start killing public school mileages.

How does the school administration expect that the materials would be exempt from FOIA requests. I would love to be the judge hearing how training materials being used to instruct children should not be disclosed to the public at large.

They know the chances of anybody doing that are slim compared to a parent hearing the teacher’s insanity from a computer speaker.

Weird. I send out my pacing guide, standards, and my classroom procedures to the parents of my students. All of them are welcome in my room any time.

Then again, I am not trying to use lies to indoctrinate young people. Maybe that’s the difference.

Don’t send your children to these communist camps!!!

Hopefully lawsuits are already being prepared. This racist and divisive and destructive brainwashing of our kids needs to stop!

What judge in California would issue an injunction?

Gee, it’s almost as if they know they shouldn’t be indoctrinating the kids, and in doing so they’d earn the wrath of the parents.

Why not? They have been withholding knowledge from students for decades. It’s what they are good at.

I better not read or hear that crab in my child,’s school or I’ll be paying them a visit.

Parents give them their children.