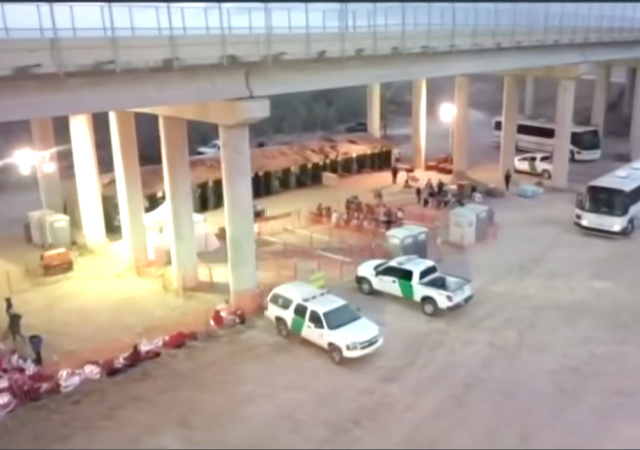 Fox News reported the border cartels have begun enlisting American teens on social media to smuggle migrants over the border:

Images obtained by Fox News shows the ads cartels are using on social media apps like TikTok, where they offer more than $3,000 a ride for teens and young adults to come drive smuggled migrants into the U.S. when they reach the border.

“Need 2 or 3 drivers to go through a checkpoint,” one says.

“Got another 6 left, already crossed. Lemme know ASAP for that easy cash,” another says.

If they take it, their job is to get migrants through checkpoints and then to a drop-off location like a store parking lot, where the migrants are then picked up by someone trusted by the cartel and transferred to stash houses scattered along the border. 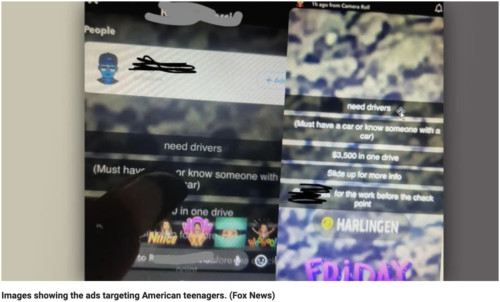 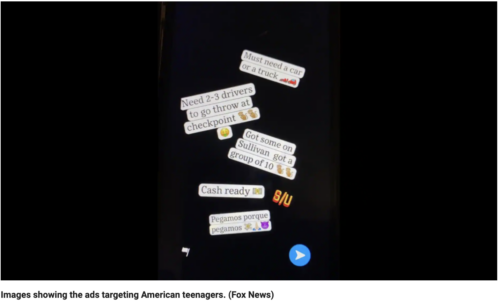 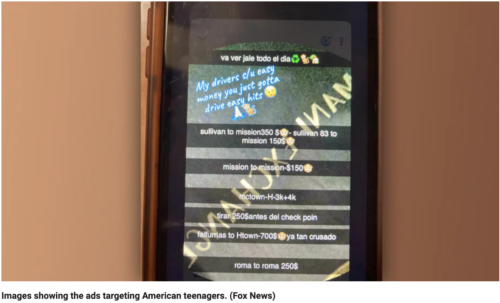 A few sources told Fox News the teenagers use their parents’ SUVs without even telling them. One mother “started crying when she got a call from authorities about” her daughter smuggling migrants.

The border crisis has overwhelmed the Border Patrol, which means “teens are often getting little more than a slap on the wrist.”

This news comes just a few weeks after the Department of Homeland Security announced it has images of correspondence between human smugglers and migrants on social media platforms.

Officials believe smugglers using social media platforms have helped cause the migrant surge at the border.

These are stupid checkers level tactics that GOP idiots are trying to use to score points in a PR war that they have zero chance of winning.

Let’s grill them so they take a bigger, harder more oppressive stance on conservatives (because that’s how they will take action…let’s face it, they are petty and vindictive and rarely fix problems, just use political cues as cover fire for their overreach). How about the government in charge get off of its ass instead and curb the issue?

Smuggling human beings, illegal aliens or otherwise, is human trafficking. They should be prosecuted as adults if they do.

Yes, but of course they won’t, because the same junta that runs the courts wants the illegals patriated here.

So this is yet another “Hitler Youth” moment, when the kids take Mom and Dad’s car and betrays what they want in order to do something reprehensible that the government wants.

Leftist indoctrinated or criminal minds?
My bet is Leftism

Must be using aircraft to distribute the illegals is getting too expensive.

LOOK, FELLOWS!
You Can Win Your Choice of Neat Prizes FREE Regularly
PLUS as much as $2,000 to $4,000 CASH EVERY WEEK!
If You’re a Boy 12 Years Old or Older, You Can Be a Happy, Prosperous Human Trafficking Mule!
E-MAIL THIS COUPON TODAY!

Give them the same treatment Parler got.