“The attacker relentlessly kicks his helpless victim at least six times, then casually walks away as the victim was motionless on the sidewalk…” 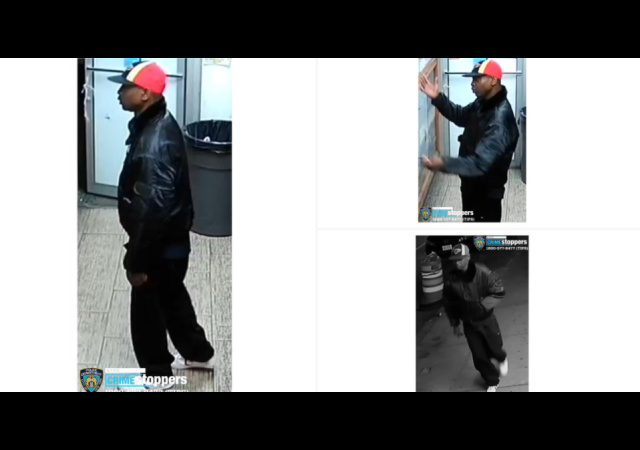 Ma was collecting cans as a way to make ends meet.

A man repeatedly stomped on Ma’s head in East Harlem on Friday. Ma is in critical condition:

The disturbing, 12-second video released Saturday by the NYPD shows the 61-year-old victim being repeatedly kicked at around 8:20 p.m. Friday after being attacked from behind at the foot of a 19-story apartment building under construction at 3rd Avenue and East 125th Street.

The attacker relentlessly kicks his helpless victim at least six times, then casually walks away as the victim was motionless on the sidewalk, as a steady stream of cars pass, the clip shows.

EMS transported the victim — who suffered severe head trauma — to Harlem Hospital, where he is listed in critical but stable condition, police said.

Ma lost his job due to the pandemic. He collected cans as a way to make money for his family.

Baozhen Chen spent much of Sunday praying. The 57-year-old is experiencing deep sorrow as her husband, Yao Pan Ma, fights for his life in a Manhattan hospital following a brutal beating.

“I’m very scared right now. I’m so worried that my husband might never come back,” Chen said through a translator.

“I am very panicked and sad,” Chen said. “My husband is very hardworking and nice person.”

Chen said the couple, who share two children back in China, immigrated to New York in late 2018. Chen said her husband worked as a dishwasher in a restaurant until he lost his job during the coronavirus pandemic.

Ineligible for unemployment, he started collecting bottles and cans to pay the bills.

Oddly, there was no rioting or looting in Chinatown.

Also, after all the “Asian Hate” stuff that implied it was whites who were doing this, the tragedy is not in the news.

There is a GoFundMe out there that purports to be for the benefit of the unfortunate victim and his wife. I have no knowledge of the sponsor.

This is a total, complete, and utter tragedy. Unfortunately, the PC culture will sweep it under the rug again.

Some, Select Lives Matter, a Pro-Choice, for the woke and [morally] broke.

I am fresh outta shockeds

Some idiot white female professor IIRC, pointed out that even when black people (who do most of the violence) attack Asians it’s still white supremacy’s fault and not the black person committing the felony.

See response to The Friendly Grizzly.

Let me guess: hyphenated name, teaches Styrofoam courses, and holds some sort of degree in a nonsense field.

The point I’ve made through all of those experiences is that anti-Asian racism has the same source as anti-Black racism: white supremacy. So when a Black person attacks an Asian person, the encounter is fueled perhaps by racism, but very specifically by white supremacy. White supremacy does not require a white person to perpetuate it.

Did I miss something, or does all the anti Asian animus seem to be coming from people of color?

Blacks. I’ve not heard anything about Hispanics doing this stuff.

I hadn’t either, but two of the latest high-profile cases seem to have been done by people with Hispanic names. Maybe Black Hispanics (cf “White Hispanic”).

The media is helping Black criminals stomp Asian old men. Because when I saw this on CBS this morning, they blurred the pictures so bad that you could not tell it was a black guy. You can only conclude that CBS wants to help black criminals escape, so they can keep beating up Asian guys.

Look at national crime stats published by DOJ. Blacks, by far, commit the most violent crime against ALL RACES – including their own.

— A fact that Media wants to suppress

Poverty is not an excuse. Adjusted for poverty levels, blacks still commit about 5x the amount of violent crime as all other races.

Why, you might ask? Culture has much to do with it. A culture that admires gangstas, promotes non-grammatical speech, and is anti-intellectual. But no media want to explore te extent to which black culture plays a role in the issues that face the problems facing the black community. Some facts are not allowed. Easier just to blame whitey for all the problems.

Can’t solve a problem until you know what causes it. As a result, we will see perpetual victimhood in the black community – and that service the Dem Party just fine.

Exactly, poverty is not an excuse, and is rarely a justification for redistributive or retributive change, elective abortion and other classes of violence. Also, with multi-trillion dollar public smoothing functions (e.g. welfare), someone is lying about their side-effects or claims to poverty.

Exactly…look at what they did with Floyd. It couldn’t be that Chauvin was guilty AND that Floyd was a criminal; no he had to be elevated to angel status.

According to FBI stats, an Asian person is more likely to be attacked by a Black person than another Asian. Think about that.

Referring to the Asian man Sharpton was quoted as saying, “resist he din’t”.

Sorry Paul, fat finger mistake. Where is Al , or for that matter, Uncle Ben Crump?

Yet another dark “white supremacist”

No, that’d be this schmuck:

I have never seen or heard of any white person expressing any hatred of Asians, let alone acting on it. I’ve personally witnessed several black people doing so, and have heard of many more.

I’ve heard names like gook and slope, or Jap, but not of attacks.

Isn’t it odd that you can write any or all of those racial slurs, but using the “n” slur gets you banned pretty much anywhere?

But Jap is just an abbreviation.

Most of the derogatory things I’ve heard from whites against Asians were were either childish jokes from children, or seriously anti-Japanese comments from WW2 veterans who fought hard against a formidable and vicious enemy, and suffered horrific treatment from them.

I have, but I thought it was kind of understandable. When I was younger I used to go play chess with some WWII vets and I they expressed some fairly strong anti-Japanese sentiments. But, I think you kind of have to think that way if you are going to be purposefully fighting/killing somebody.

Not necessarily. Most people do not indulge diversity [dogma] (i.e. color judgment), but it is understandable that it would bleed through and persist under and following trying circumstances in a minority of the population.

That’s anti-Japanese, not anti-Asian. I’m sure those vets had no problem with Chinese or Koreans, let alone Filipinos.

Let’s not forget the generation that had problems with Vietnamese.

I knew a vet who hated the Japanese, presumably because they were a dangerous and implacable enemy, and because of their cruelty toward Allied prisoners, and other abuses.

He never expressed any animosity toward any other Asians at all.

Outstanding observation and point, Milhouse. I would also point out animus towards Japanese seemed to die out very quickly after the war, though certain Japanese stereotypes persisted for decades thereafter. But since the end of the Second World War, I am not aware of any malicious attacks upon Japanese people or persons of Japanese descent simply on the account of their nationality. I am not saying it did not happen, but if it did, I think it has been extremely rare.

Well, I have. Being of a certain age–born during WWII. My father was also killed in the July, 1945. My mother was of the opinion the bomb should have been dropped a month earlier.

When I was a child, the attitude was: “We hate the Japs we fought. Not the ones in this country–they are generally hardworking, decent people. It wasn’t their fault.”

Over time, the attitude changed to a general admiration for the quiet way the majority of the US Japanese community recovered from the relocation camp era, went back to work, prospered and raised good children.

Having said that, the hatred for the Japanese enemy never lessened much. My mother’s attitude was, more or less: War is hell, but they didn’t have to treat our boys the way they did–referring to Bataan survivors and POW treatment.

Hating the Japanese enemy is not anti-Asian, any more than hating the Germans is anti-European.

That is so weird. Legal Insurrection got very nice, clear pictures of the criminal who stomped this poor Asian guy.
I watched CBS This Morning, and these very clear pictures were so hazy and blurred that you could not tell the race of the guy.
Gee, I wonder why an outfit like CBS News was unable to get the very clear pictures that everyone in the world has?

Was CBS the same station that cut the footage of the ‘poor little girl shot by the nasty White cop’ as she attempted to stab someone else with a knife?

Because a black beating and stomping an Asian doesn’t fit the “blacks as eternal victims” narrative that the mainstream media has tried to foist upon the rest of us so they must try and suppress the crime (or at least the race of the perpetrator) in an attempt to maintain that fiction.

I am certain there isn’t a talking point about Asian hate in the “14th weekend at Biden’s” (100 day list). probably too hard to make out the color of the suspects with those fogged up aviator glasses & mask on.

We could be so lucky. But nope, people like that don’t ever seem to get what they deserve.

I read elsewhere that they’ve arrested him.

“Ineligible for unemployment, he started collecting bottles and cans to pay the bills.”

We need more like him and fewer of the type that put him in the hospital.

Enriching your culture by their mere presence.

It stands to reason that violent muggers will mug Asians, too.

Don’t ennoble this by calling it a mugging. A mugger at least has a financial motive.

Courage, like charity, begins at home. We can each contribute to the solution by releasing all the fear and unearned guilt we feel when some wackjob calls us a racist. Let them, and let it roll off you.

You mean, cops breaking arms of old, white dementia victims in Loveland Colorado, and playing the camera footage over and over?

The article in The NY Times by Michael Gold does not mention the skin color of the attacker. However, he does mention Trump’s name in the article.

Darwin meant that nature would do the selection

you aren’t supposed to select yourself out

Another dazzling urbanite, who himself should be beaten senseless. It’s time for extreme deterrence measures.

If you enhance the picture, you’ll see it’s a MAGA hat.