Officer Deon Joseph: “You are tired of Black folks dying? So am I. You hate racism and police brutality? So do I.” 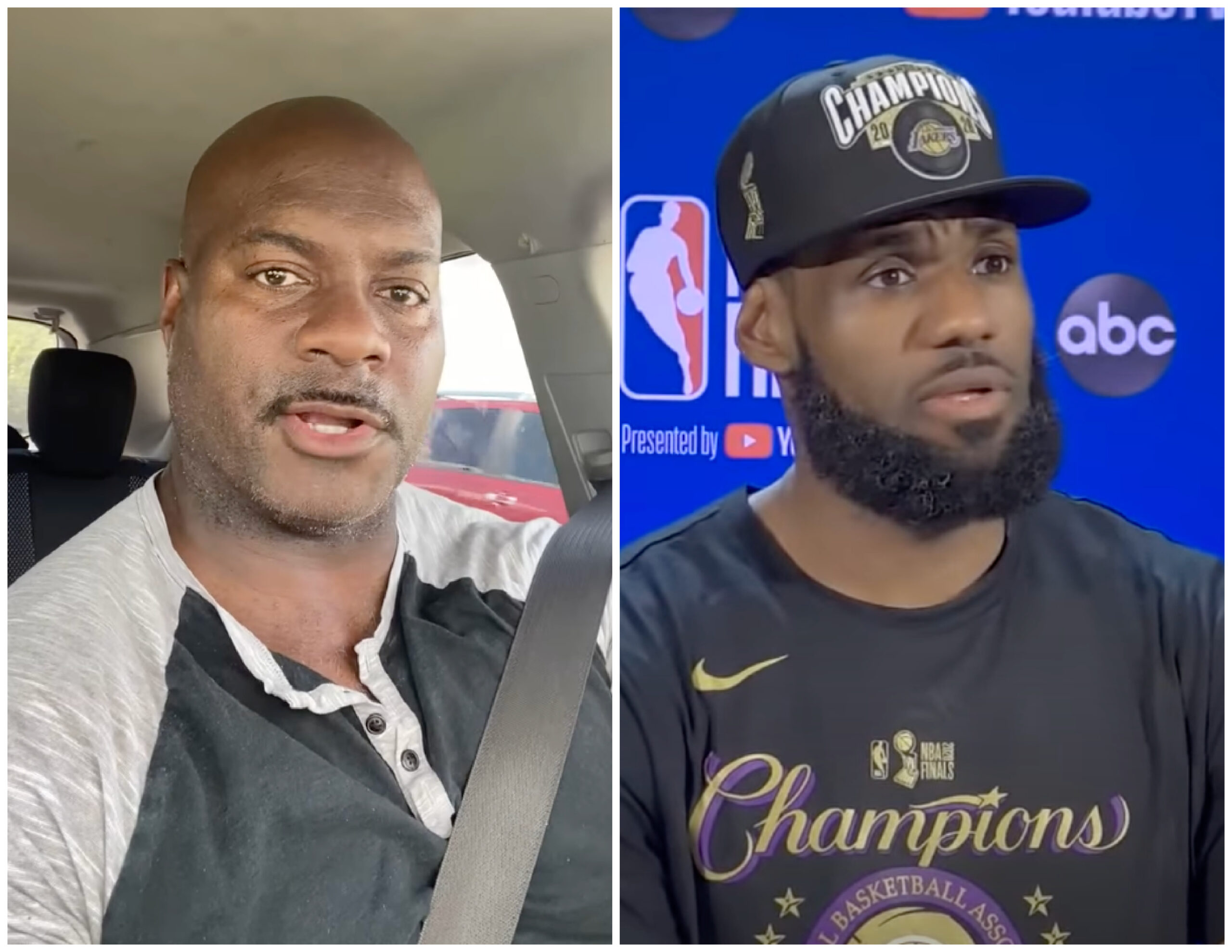 Los Angeles Lakers superstar LeBron James took massive heat when he threatened the cop who shot Ma’Khia Bryant. He eventually took down the tweet, but he already did enough damage.

Los Angeles cop Deon Joseph responded with a letter on Facebook, asking James to sit down with him or any other cop to discuss the “reality of the profession of policing.”

Joseph told LeBron he would not come at him “from a place of hatred” and promised “no name calling.” He pointed out James’s “huge heart” when it comes to kids and his family.

“That’s to be respected,” wrote Joseph.

Your current stance on policing is so off base and extreme. Your tweet that targeted a police officer in Ohio who saved a young woman’s life was irresponsible and disturbing. It showed a complete lack of understanding of the challenge of our job in the heat of a moment. You basically put a target on the back of a human being who had to make a split second decision to save a life from a deadly attack.

A decision I know he and many others wish they never had to make. Especially when it involves someone so young.

Instead of apologizing, you deflected. You said you took your tweet down because you did not want it to be used for hate, when the tweet itself was the embodiment of hatred, rooted in a lack of understanding of the danger of the situation.

I’m so damn tired of seeing Black people killed by police. I took the tweet down because its being used to create more hate -This isn’t about one officer.  it’s about the entire system and they always use our words to create more racism. I am so desperate for more ACCOUNTABILITY

Joseph wants to meet with James to talk to him about the police, but also to remind him that it’s wrong to “paint 800,000 men and women who are of all races, faiths, sexual orientations and are also mothers, fathers, sons, daughters, preachers, coaches, community members and just human with such a broad and destructive brush.”

“You are tired of Black folks dying?” asked Joseph. “So am I. You hate racism and police brutality? So do I.”

Joseph wants James to set him himself apart from those who think all cops are evil:

Unlike some who have dug their heals in the belief that police are inherently evil, I think if you yourself actually sat down and had a real honest and open conversation with a cop, there is a strong chance you may discover we are not the monsters you have come to believe we are, who deserve the hate and distain you have.

And even if you come away feeling the same way, I could respect it, because at least you gave the other side your ear instead of only hearing one narrative.

The meeting has to happen without cameras or fanfare.

“Just two men who care talking,” Joseph stressed. “I know it’s a long shot. But this division and hatred must stop. It’s clear based on rising crime in marginalized communities that cops and the community need to build bridges to save lives on all sides. That cannot be done through the demonization of any group of people.”

Just on the radio

I think I heard that too. He claims about 63% approval.

First I heard that I though that those numbers must be manufactured or the pollsters must have asked very leading questions. You can basically tip the results of any poll in the direction you want with a few simple techniques.

Eventually Dear Leader’s polls will go up to 99% as we achieve UNITY (meaning all opposition is eliminated – you cannot vote from the Gulag).

Probably got it from the same way he got his *cough cough* unprecedented votes in the election…….er theft of the election in my opinion.

This is what we need! Good for you officer, I hope it happens. Now stop driving while using your phone!

I see Ben Crump is making a run at the family of Andrew Brown Jr. as a source of income. Mr. Brown had a rap sheet that is 180 (!!) pages long. His record went back to 1988. I do not know the exact circumstances of his death, but it was while he was attempting to escape from a police raid over drugs. I am sure the family will say that he was nothing but a gentle altar boy and loved kittens.

Other news: Mr. Jarrod Powell, an ex-convict with a record of many arrests dating back to 1988 was arrested over the near fatal assault of 61-year-old Yao Pan Ma in NYC. It is almost certainly an anti-asian hate crime, but they are “investigating”. Mr. Ma is in a medically induced coma. He may not survive.

I’m amazed at how many James supporters can’t see what he did wrong. Just nailed one with James attacking the coach that supported the CCP. THe clown had no idea.

Talking with James isn’t going to do a damn thing to change his mind.

Get him out on the streets to see what’s really up. Put him through a police Use of Force course. Things like that MIGHT open his eyes.

I used to approve of attempts to convert idiots using reason.
Now I realize it’s not worth the effort to do anything short of destroying them.

We’d not be subject to half of this nonsense if our fellow Americans stopped bestowing hero status on athletes and entertainers.

I’d love for Officer Joseph to prove me wrong, but my impression is that LeBron James is himself just an anti-police racist. Change my mind.

Lebron James = one of millions who tweet before thinking. Difference is that he does enormous damage by misleading his millions of followers.

Please keep us informed! I dumped FB so can’t follow Officer Joseph. I would be interested to see if James responds.

1) He thinks he’s in the right. A lot of money and no brains will do that to you.

2) If he does sit down, and realizes he was actually wrong, he’ll get demonized for siding with the cops.

And that’s why it’s a waste of time trying to educate idiots.

No word from Bigmouth yet. https://nypost.com/2021/04/28/cop-who-wrote-letter-to-lebron-james-says-star-has-not-replied/