The telecast was “censored over 100 broadcast shots of a female referee during … soccer match between Manchester United and Tottenham.” 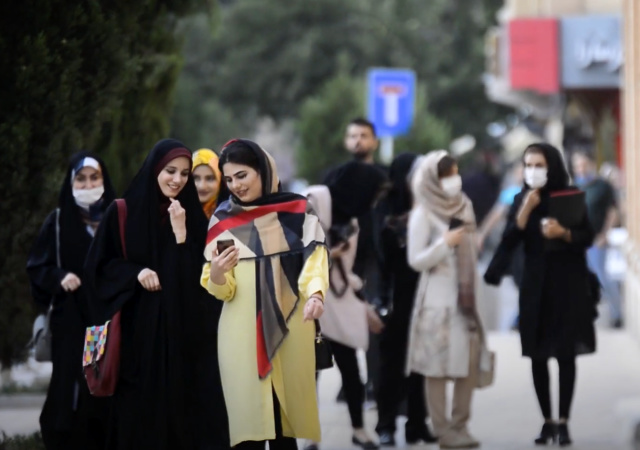 The Times of Israel reported the bizarre attempt by the Mullah regime to enforce sharia:

The match was censored over “100 times,” according to My Stealthy Freedom, an Iranian rights group that opposes Iran’s compulsory hijab law.

During the Premier League match between Tottenham and Manchester United on Sunday, an Iranian state channel cut away from the game and played footage of the Tottenham Hotspur Stadium and the backstreets of North London in an effort to conceal shots of assistant referee Sian Massey-Ellis, who was wearing shorts.

At the end of the game, a commentator reportedly quipped that “he hoped the viewers enjoyed the geographic show,” according to My Stealthy Freedom. (…)

“Censorship is in the DNA of the Islamic Republic of Iran. We should not normalize this practice. This is not our culture. This is the ideology of a repressive regime,” the rights organization said in a statement on Facebook.

The Iranian regime, which systematically deploys rape and torture against female dissidents in jails, goes to a great extent to enforce the sharia-compliant dress code in media and public life. In February, Iran’s Supreme Leader Ayatollah Ali issued a fatwa ordering all female cartoon characters to be shown in hijab, the sharia-mandated headscarf.

The imposition of sharia law is not limited to Islamic tyrannies like Iran. Europe, too, with its growing Muslim population, is increasingly agreeing to these regressive rules.

On Tuesday, the French mineral water brand Evian apologized to Muslims for promoting the brand during Ramada, the Islamic month of fasting. The company offended Muslims by its social media posts encouraging people to stay hydrated.

The social media “post had prompted accusations of Islamophobia on social media and from commentators because Muslims are forbidden to drink or eat anything in the daytime during Ramadan,” The London Times reported on Friday.

And THIS is the preferred “religion” of the left

Prez-bo Joe says so. Iran does what the Left wishes… craves for.

Would they rather see men in shorts? Queer.

Why bother showing the game at all?