Khamenei: “Observing hijab in animation is required due to the consequences of not wearing hijab.” 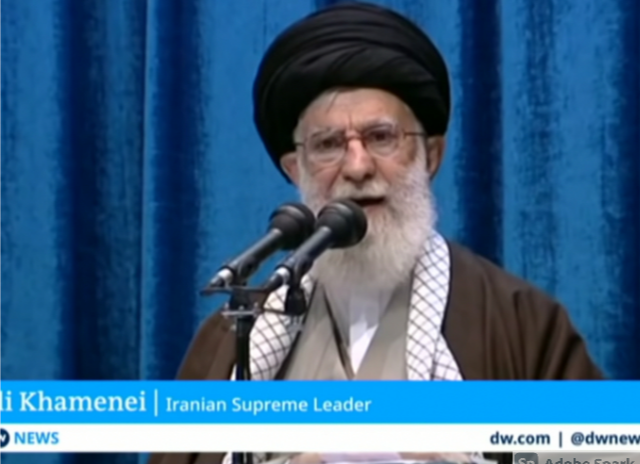 Khamenei, who is the head of the Iranian regime and the religious leader of some 200 million Shia Muslims, declared that “observing hijab in animation is required due to the consequences of not wearing hijab.”

The “consequences” Khamenei referred to include public floggings, rapes, and lengthy prison sentences for Iranian women defying the Sharia-mandated Hijab regulations. The Islamic dress code for woman is enforced by Iran’s Morality Police and the dreaded pro-regime Basij militia.

Female cartoon characters shown on Iranian television should have their hair covered, the supreme leader has said, in a ruling that was featured prominently on pro-regime media.

In what the Tasnim News Agency described as an “important” response, Ayatollah Ali Khamenei said that technically it was not necessary for cartoon characters to observe the same rules as real people when it came to the hijab. However, he added that they should do so “because of the consequences of not doing so”.

He did not specify what he meant, but comparison with rulings on similar subjects would suggest he feared that to ignore the hijab in popular entertainment would have a knock-on effect for people’s observance.

Iran, one of the most advanced Middle Eastern society just four decades ago, morphed into an Islamist police state after Mullahs overthrew the monarchy in 1979. The freedom-loving women of Iran have ever since been made to submit to wearing the hijab and other discriminatory Sharia practices under the threat of brute force.

While Iran’s regime is busy peddling Sharia rule at home and jihad terrorism in neighboring countries, President Joe Biden has decided to go easy on the regime. Biden staffers, keen to cut an Obama-style nuclear deal with Tehran, have decided to go “silent on Iran’s rights record,” the Voice of America observed earlier this month.

Not just the Democrat-run White House, the liberal feminists, battling the imagined evils of patriarchy, misogyny, and toxic masculinity at home, are silent on the bloody and brutal treatment of women living under the Shia Islamic regime. Many liberal women, in fact, don the symbol of Islamic subjugation by participating in the annual World Hijab Day across the United States. European politicians, including EU Vice-President Federica Mogherini and Sweden’s self-proclaimed feminist ministers, often appear in hijab during their meetings with Iran’s ruling Mullahs.

‘Iranian woman sentenced to 24 years in prison for removing hijab’

Wonder if this applies to cartoon mice. Or rabbits. Or even ponies.

We don’t know that the depicted females are in fact female. They may not be subject to the rule.

Wow, there hasn’t been a good fatwa since Larry David made Fatwa! The Musical.

Sounds like he belongs on a university campus here in the States.

“Sounds like he belongs on a university campus here in the States.” – Oregon Mike

I think that Islam should be classified as a subversive cult, that there should not be non profit status.

Hijabs….”so empowering and beautiful”….says every western woman that isn’t actually forced to wear them and have no actual clue what they really signify which is the enslavement and objectification of women.

Death cult nut cases. But with the Democrats stamp of approval.

He’s just upset that Western leaders have been outdoing him with useless mask mandates. A mask is just a hijab without a cloak….

Cartoon characters who violate this prohibition will now be reported to Ming The Merciless!

In other news. Donald Duck now in 87th year of being entirely naked below the waist.

HA HA HA What are they going to do? Give the cartoon carature 100 lashes?