On the other hand, Florida’s Orange County Convention Center has too many citizen-supporting events booked to be used as shelter. 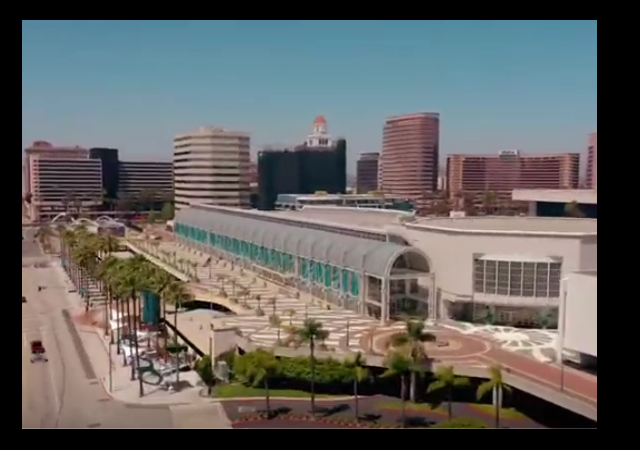 A couple of weeks ago, I reported that San Diego’s political leaders have allowed the federal government to use the famed San Diego Convention Center as an illegal immigrant shelter to address the continuing Biden border crisis. Despite the fact many area schools aren’t allowed in-person schooling due to COVID19 rules, some teachers were willing to do such teaching for the teenage immigrants.

The flow of migrants is so steady that a third wave is now in San Diego, with more soon to be processed.

A third group of unaccompanied migrant girls seeking asylum in the United States was flown to San Diego Wednesday where they will be sheltered temporarily before being reunited with family elsewhere in the country or moved into sponsor homes.

The site received a total of 225 children on Wednesday. There are now 948 being sheltered at the convention center through a joint partnership between the county and the U.S. Department of Health and Human Services.

Around 250 children are expected to arrive every other day until the convention center reaches its shelter capacity of 1,450, according to HHS spokesperson Bonnie Preston.

The crisis is escalating, and new facilities are needed. The feds are now looking at the Long Beach Convention Center.

Federal authorities are considering using the Long Beach Convention Center as a facility to provide temporary shelter for the overwhelming number of migrants, many of them children, arriving in the United States from Mexico, sources told the Post.

Convention centers in San Diego and Dallas have already been converted to shelters to help house the thousands of migrants packing facilities at the U.S.-Mexico border in recent weeks.

If the plan goes forward, the children in Long Beach could be housed in the Convention Center’s 45,000-square-foot Arena until being transported to safe housing elsewhere in the U.S., according to sources, who weren’t authorized to speak on the record.

At this point, Americans might worry the government will target all civic centers. However, Florida’s Orange Country Convention Center is off limits with events of fundamental importance to citizens.

The Mayor said he gave federal authorities a tour of the center as a possible relocation site for thousands of children huddled in overcrowded facilities at the Mexican border.

However, the convention center did not have the space available for the times the federal authorities needed and the option was rejected, Demings said in a statement.

“I was contacted by the Federal Emergency Management Administration to explore the potential use of the Orange County Convention Center as a temporary shelter for unaccompanied children in order to decompress the situation at the border. County staff provided a tour of the Convention Center and space availability. However, due to existing commitments, the Convention Center could not provide the space for the requested period of time and the federal government decided not to pursue the option any further,” Deming stated.

That, and shelter and feed illegals. Do nothing for the homeless and/or sick veterans.

Cost to taxpayers for this is staggering, most of these so called children will be reproducing like crazy, meaning that one million this year will pushing 2.5 -3 million in under 10 years.

I wonder, will all these “migrants” shoved into this “migrant emergency shelter” be required to prove their vaccination status and/or show that they have had a negative covid test in the past 90 days or whatever? If not then these “migrants” should not be allowed into the interior of the United States to start another unwanted and unneeded “surge” in covid cases as they import covid variants along with other diseases.

There you go, thinking again.

“Florida’s Orange County Convention Center has too many citizen-supporting events booked to be used as shelter.”

I can’t keep up with all the euphemisms that the vile, despicable, dishonest, totalitarian Dhimmi-crats contrive to describe illegal aliens:
“Dreamers;” “Undocumented Americans;” “undocumented immigrants;” “migrants.”

I assume that “undocumented victims” will be the next variant that the Dhimmi-crats proffer.

Does anyone know if there is any other country on Earth that practices this “catch-and-release” insanity that the Dhimmi-crats have made standard policy in the U.S.? It seems inconceivable that any other country would be so patently stupid as to catch aliens attempting to illegally enter the country, and, then subsequently release them within the country, happy as they please, with an unenforceable and farcical command to return to court on a future date, for their case to be heard. This is insanity.

The only other country/region that I can think of that practices “catch and release” immigration would be the countries that make up the European Union. Though they don’t even bother to catch the illegals. They simply allow them in and give them all the benefits of an EU citizen (up to and including the ability to cross borders freely to whatever country they wish to go to).

Thanks for the info. So, the E.U. and the U.S. are the only countries/regions who are foolish enough to practice this self-destructive, lawless idiocy.

The latest chapter of “Suicide of the West”.

So I guess loading these illegals on buses and dropping them off 150 miles inside of Mexico isn’t an option for some reason. Oh, that’s right. The “emergency” is intentionally man-made. We have to help these asylum-seekers who couldn’t be bothered to request asylum in the 2-3 countries they walked through to get to asylum “American style”. Because asylum shopping is a thing.

How bad can life in Mexico be when thousands of Americans are dying to get down there for Spring vacations?

Nobody is booking pleasure trips to Iran, Syria, etc!

We should continue shipping them to big cities in California. Nowhere else, just California. A great, big “thank you” for all their hard work. Enjoy the payoff.

The only reason Orlando isn’t getting a bunch of these illegals is the center is already booked. Jerry Demings would have gladly have slapped Florida in the face by approving taking a bunch of them.