“The Grammy Awards joined a host of other awards shows in experience sizable ratings losses.” 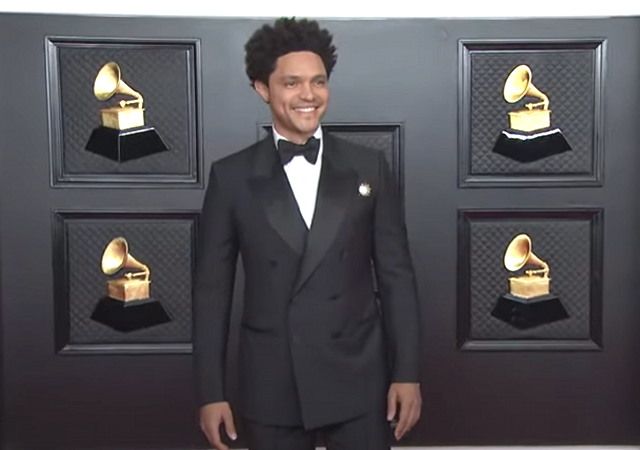 Viewership for entertainment awards shows is going down across the board. The recent Golden Globes award show was way down from last year, and now the same is true for the Grammy Awards.

If you didn’t watch the show, you weren’t alone, and you didn’t miss much.

Rick Porter of the Hollywood Reporter notes that the show, hosted by Comedy Central’s Trevor Noah, was a rating bust:

Like many other recent awards shows, Sunday’s telecast was way down from 2020.

The Grammy Awards joined a host of other awards shows in experience sizable ratings losses.

The Grammys also came in well behind CBS’ performance last Sunday, when the network drew 17.8 million viewers for Oprah Winfrey’s interview special with Meghan Markle and Britain’s Prince Harry about their stepping back as senior members of the royal family.

We just went through weeks of moral panic over the Muppets and Dr. Seuss, but the Grammys featured performances that bordered on pornography.

The Grammys were an objectifying moral disgrace, according to this anti-sexploitation group.

The National Center on Sexual Exploitation has released a statement ripping the 2021 Grammys for including Cardi B and Megan Thee Stallion’s X-rated pole-dancing performance.

“The National Center on Sexual Exploitation (NCOSE) says the CBS Grammys broadcast contributed to the sexual exploitation of women by glamorizing prostitution and stripping,” the anti-porn group wrote in its Monday release. “The performance by Cardi B and Megan Thee Stallion showed the two women and backup performers wearing thongs and lingerie, dancing on a stripper pole, and crawling around and twerking on a bed together.”

#WAP by @theestallion and @iamcardib live at the #GRAMMYs pic.twitter.com/VfDiSxFzQQ

“It’s a state of emergency. It’s been a hell of a year. Hell for over 400 years. My people, it’s time we stand. It’s time we demand the freedom that this land promises.” – @TamikaDMallory Speaks at Grammys Lil’ Baby Performance 2021) #TamikaMallory #Grammy2021 #RacialJustice ✊? pic.twitter.com/92nB0eWRqv

And what entertainment show would be complete without a reenactment of the riots of last spring?

Is there any wonder why people aren’t watching?

I saw a clip on Tucker. It made me feel really sad.. and old.. very old.
I’ll take Dr. Seuss any day of the week… Two you woman rolling around a silver bed? Hard to see the value in that, outside of the obvious.

Apparently they never learned the concept of overplaying one’s hand. I remember my dad teaching me that lesson. Oh wait, I think I found the source of the problem(s).

Hopefully this bodes well for our faltering culture, but with the avalanche of Leftism we have experienced since the “insurrection “ and installation of “”Plugs”it isn’t time to count the chickens.

Glad I missed it.

Trevor Noah being called a “comedian” is far too generous.

Is that him in the photo? I had no idea that Groot haircuts were a thing now.

I literally did not know this was happening. Of course, I never do. Who watches awards shows to watch a bunch of arrogant crappy people pat each other on the back??

Have you noticed the word “vulgar” has fallen out of common usage in the English language (at least in America)?

There’s a reason for it, unfortunately

Time to bring it back.

I grow weary of explaining this concept to conservatives. I admit it is tough to grasp for a lot of them, because it requires them to understand that liberals view the issue differently.

Talking about ‘ratings’ and ‘sales’ regarding woke issues WILL NOT BE SUCCESSFUL.

Why? Because it is far down on their list of priorities.

A liberal’s HIGHEST PRIORITY is broadcasting their woke SJW bullshit. Making money is, at best, a secondary concern to them.

They consider pushing SJW woke crap to be THE most important thing they do. They honestly DO NOT CARE what the ratings are. The purpose is to push their woke BS and have an SJW love fest as they glory about how virtuous they are.

No amount of ratings decline will stop them.

They stopped Air America. Eventually, you run out of even other people’s money.

As is often the case, the Babylon Bee nailed it.
https://babylonbee.com/news/in-edgy-grammys-performance-fully-clothed-woman-sings-beautiful-song

“Li’l Baby” chose the perfect name for a crybully.
He wins, everybody else go home now.

I would like to say that I boycotted the show — but I just don’t watch the networks any more — haven’t for some years now. Why do I want to subject myself to:

2) Every third couple being interracial (I don’t care about peoples’ personal relationships, interracial or not, but this is just like quota virtue-signaling, and so annoying);

3) White males — especially fathers (if they appear at all) — being portrayed as idiots;

4) Scripts written for idiots (i.e., Democrats and their base);

5) “News” that is not that, but Democrat / Progressive narrative — so slanted (usually through omission of pertinent information, increasingly through transparent lies) — that it’s basically fiction.

Several months ago I dumped Netflix and Hulu too. Replaced them with PureFlix and Christian Cinema. Fox is now dead to me — OAN for news; War Room for talk.