“We are asking you to apply the same standard to this attempt to overturn an election that you applied to the Republicans who objected to certain states’ electoral votes, and publicly condemn the actions of the Democrats” 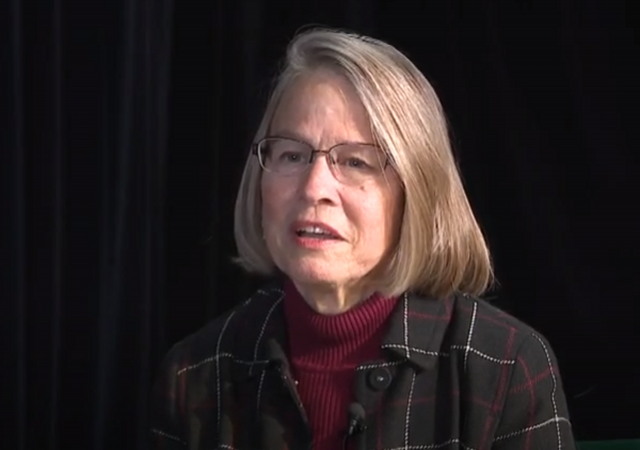 When some Republicans objected to the outcome of the 2020 presidential election, Democrats called it a threat to democracy. Woke corporations fell in line and shut off donations to the GOP.

Now that Democrats are trying to overturn a certified House race in Iowa, Mitch McConnell and Republicans in the Senate are demanding an equal reaction.

Major corporations quickly came out with announcements of pausing donations to Republican lawmakers who voted against certifying Joe Biden’s election victory in January. Specifically, the closing of the corporate coffers was a reaction to the Capitol Hill riot on January 6. Now there is a House race in Iowa which Democrats are trying to steal from the Republican who has been certified by state officials as the winner. Senate Republicans, including Minority Leader Mitch McConnell, now demand that turnabout is fair play.

If the corporations making a statement against overturning the results of an election are sincere, it should not be a problem to speak out against a brazen power grab by House Democrats. In this case, the House seat being challenged is held by Republican Rep. Mariannette Miller-Meeks. Her victory in Iowa’s 2nd Congressional district, by just six votes, was certified and she was seated by Speaker Pelosi. Miller-Meeks’ Democrat opponent, however, is continuing to claim that the election results should not be certified because she challenges 22 votes in her race.

McConnell and other Republican senators wrote a letter to the business community about this:

Senators Tom Cotton (R-Arkansas), Mitch McConnell (R-Kentucky), Joni Ernst (R-Iowa), and Chuck Grassley (R-Iowa) today sent a letter to trade associations, firms, and businesses who spoke out about Republicans objecting to the electoral college. The letter asks these businesses to hold the Democrats attempting to overturn the election results in Iowa’s second congressional district to the same standard…

“Just a few weeks ago, much of corporate America publicly condemned the actions of members of Congress who voted to overturn a certified election, and even in some cases promised to stop supporting those members. We write to ask if you are taking the same position with respect to members of the House of Representatives who are poised to overturn a state-certified election in the second Congressional district in Iowa.”

“We are asking you to apply the same standard to this attempt to overturn an election that you applied to the Republicans who objected to certain states’ electoral votes, and publicly condemn the actions of the Democrats who are seeking to overturn the state-certified election of Representative Miller-Meeks. If you decide to not speak out about this brazen attempt to steal an election, some may question the sincerity of your earlier statements and draw the conclusion that your actions were partisan instead of principled.”

Jen Psaki was asked about this specifically this week. Apparently, the Joe Biden White House is just fine with what the Democrats are doing:

White House Press Secretary Jen Psaki gives the administration's blessing to House Democrats overturning the will of the people in #IA02 and remove Republican @RepMMM from office and replace her with Democrat Rita Hart: "I believe the process…is what's being followed here." pic.twitter.com/WBbfnTyTKn

Why do we even bother with elections anymore?

Yeah, good luck with that. They hypocrite corporations that cut off the Republicans will never do the same to the democrats. They need to get value for the considerable money they invested in getting the democrats elected

” Mitch McConnell and Republicans in the Senate are demanding an equal reaction.”

I read the letter. They didn’t “demand” anything.

Agreed. It was the usual polite request that has worked so well for Republicans to date.

But hey, we can careen off the cliff, relieved by the knowledge that no one is tweeting out untoward remarks on Twitter!

How many of these same GOP Senators voted to rubber stamp the stolen presidential election? How many of them voted to approve the Biden* administration’s cabinet nominees?

Maybe this is just another episode of Failure Theater. Or perhaps they really are stupid enough to believe what they are saying. At any rate, the Franz von Papen Republicans are finding out that colluding with the Communists to get rid of Trump will likely cost them their seats (and any cushy corporate sinecures they might have been counting on in retirement).

Biden won the electoral college and the popular vote there was no rubber stamping the Constitution doesn’t permit the senate or house to reject electoral votes they don’t like and even if it did the Democrats held the house.

The sooner you and others who took the loss too hard return to reality the better.

The popular vote doesn’t matter. You can claim that those who didn’t vote to certify the election were wrong in their reasoning, but they most certainly do have the constitutional prerogative to vote the way they did. They didn’t “like” the vote because they felt, based on considerable evidence, that the election wasn’t legitimate. They voted accordingly, just like many Democrats did in 2017.

The sooner you grasp constitutional basics, the more seriously you can be taken.

Nice try at gaslighting. But in 2000 I saw the Tanzanian presidential and Parliament elections stolen, particularly in Zanzibar and Pembe. That election was actually cleaner and more honest than what we saw in Arizona. Georgia, Pennsylvania, Michigan, and Wisconsin. But maybe you had to be there to get the full effect and see the unmistakable parallels.

Anyway, welcome to the Third World. I doubt you will be so smug and certain a few years from now.

Danny the marxist thinks we are his slaves.

The election was stolen, Trump won in a landslide. Hiden Biden the china owned corrupt crook is a resident in the WH but not the president.

Can we “unseat” Biden-Harris for analogous reasons, like a recount of ballots?

Yeah, those of us who believe the 2020 election was stolen are crazy. Sure.

RINOs like Graham and Bitch McConnell will make an angry speech about it?

That would be a perfect follow up to McConnell’s sternly-worded letter. Woe be anyone who gets in the way now! These guys are scary when they are terse. We will soon witness some serious stompy-footed finger wagging. The gates of hell have flung open and the flames of wrath are already among us!

“Why do we even bother with elections anymore?”

Because ammo is too hard to find.