“Jimmies” is a common New England term for what others call “sprinkles.” Even Snopes says there is zero proof that “jimmies” has a racial history, but Brigham’s is dropping it anyway. 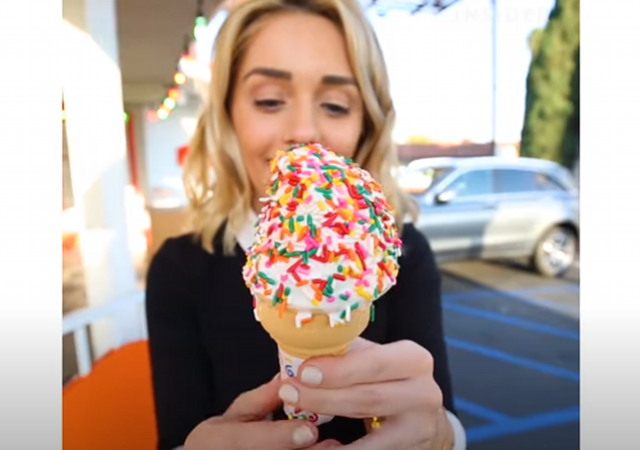 Cancel culture has come for a New England favorite. Brigham’s brand ice cream is dropping the word “jimmies” and substituting “sprinkles” because someone, somewhere has claimed that jimmies has its roots in racism. “Jimmies” is what sprinkles are commonly called in New England, particularly Massachusetts and Rhode Island.

Nothing is safe anymore.

What’s in a name? If the name is “jimmies,” it’s hard to say, but one ice cream producer in Massachusetts isn’t taking any chances.

“Jimmies” are what some New Englanders call the ice cream topping most Americans call “sprinkles.” The history of the term “jimmies” isn’t clear – several companies have claimed to have invented it and the topping – but some people now say that it’s a derogatory term related to Jim Crow, the racist caricature that came to stand for discriminatory laws and segregation put into place following the Civil War.

Even the fact-checking website Snopes has ruled the Jim Crow connection “unproven.”

So why change the name if it may or may not be racist? Lynne Bohan, a spokesperson for Brigham’s parent company, HP Hood, told the Lynnfield Patch this week that, “While the origins of the word ‘jimmies’ is unclear, Brigham’s made the decision to change the name to ensure the brand reflects our values and meets our consumers’ expectations”

In other words, no one has even proved this term has racist roots, but they’re changing it anyway, just to be on the safe side. This is what cancel culture creates. A world of people living in fear.

Here’s more from the Patch report:

Brigham’s was founded in 1914 in Newton. Lynnfield-based Hood purchased Brigham’s in 2008 and continues to sell quarts of the brand’s most popular flavors throughout New England. A separate company bought — and eventually closed — the restaurant side of the business at the time of the Hood acquisition. At one point there were more than 100 franchised Brigham’s restaurants in New England, but the last one in Arlington changed its name in 2015 before eventually closing.

There has been an ongoing debate over the term in recent years, and some smaller ice cream sellers have stopped using it.

Officially, the claim that the word jimmies is racist is “unproven,” according to Snopes, the fact-checking website that tries to confirm or disprove rumors.

“No valid reason exists to suppose that ‘jimmies’ carries a racist meaning or had a racially-charged origin,” Snopes concluded. “However, it’s difficult to definitively disprove the claim because the term’s entry into the English language is downright murky.”

Newsflash for the rest of the country: New Englanders are stubborn.

Collective insanity. Maybe fluoride in the water is indeed bad for us after all.

Growing up in NY, I heard the term jimmies, but they were always referred to there as sprinkles.

As for fluoride, back in the 60s it was deemed a communist plot. Now the strongest opponents are on the Left. Go figure.

We also chose white eggs over the brown eggs preferred in Boston. Hint: the contents are exactly the same.

Bostoners and Rhode islanders preferred brown eggs because of a saturation radio jingle from the ’50 and ’60s: “Brown eggs are local eggs, and local eggs are fresher.”

“Nothing is safe.anymore” because no one will say, “shut up and sit down”. No one will say “mind your gah-dam business!”

We should all rally around anyone who has the guts to stand up to the cancel culture mob.

I am 100% onboard with standing up to cancel culture but I have to tell you I’m mostly surprised they hadn’t changed the name decades ago. I remember this being an issue in the 80s and stopped using it then. I just don’t associate this one, other then Brigham’s choosing to do it now, with the current insanity.

Which means “sprinkles” is also rasist.

oops. Too many s’s

Let’s get this everything canceled so we can get past this ridiculous culture.

It’s so sad to learn after 60 years that the Redsox donations to the Jimmy Fund weren’t really about childhood cancer patients, but were really part of a dark Jim Crow era conspiracy. Those nefarious “Jimmy” conspirators! You really can’t be too careful these days.

We called them Jimmies and believed they were brown wax coated ants. I didn’t know what “sprinkles“ were, but I caught on. Rainbow plastic coated ants. I ate em anyway.

The Boston Globe published an article about this in the 80’s, I believe, and their research showed no racial connection. If I remember right, they determined that it was most likely that Jimmies were named for the guy that invented them at the candy company that first made them.

Seeing how cancel culture has a propensity to shoot itself in the foot, it was probably a black guy.

Wait until Massachusetts has to change its name. Everyone woke knows it comes for the African pronunciation “Massa” of master, much like the Providence Plantations part of Rhode Island’s name was recently eliminated due to the well know RI cotton fields that required millions of slaves. /s

I think it is time for America to cancel the Democratic Party for its deep roots in racism, slavery, Jim Crow and the KKK.

Good god, this is the “white out” controversy of the 80s and 90s all over again.

Remember when bic changed the name to “wite out” because it was inexplicably referred to as racist the other way? No movements, just a bunch of random talk, and the company changed it just to avoid controversy. If you expect businesses to fight these battles, think again.