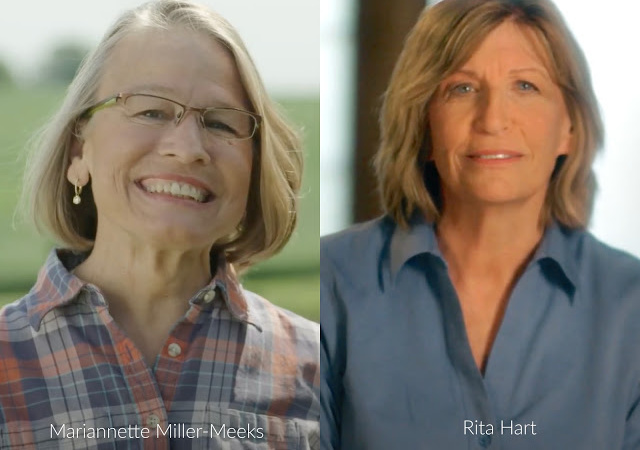 She lost the election by only six votes. The Democrats began to make noise about possibly overturning the election to give Hart the seat.

Hart and the Democrats maintained that officials should have counted 22 ballots, which would have given her the victory.

Hart kept that stance in her announcement:

After many conversations with people I trust about the future of this contest, I have made the decision to withdraw my contest before the House Committee on Administration. Since Election Day, and throughout this entire process, my mission has been about ensuring the voices of Iowans who followed the law are not silenced. I am saddened that some Iowans’ votes will not count through no fault of their own.

Despite our best efforts to have every vote counted, the reality is that the toxic campaign of political disinformation to attack this constitutional review of the closest congressional contest in 100 years has effectively silenced the voices of Iowans. It is a stain on our democracy that the truth has not prevailed and my hope for the future is a return to decency and civility.

Running to represent the people of #IA02 in the U.S. House of Representatives has been one of the greatest honors of my life. I could not have done it without all of you. Read my statement from today here: pic.twitter.com/ustS72pWsq

Last week, a source told Politico‘s Playbook the Democrats are going all in to reverse the Republican victory in Iowa’s 2nd District. Mariannette Miller-Meeks defeated Rita Hart by six votes.

The Democrats have not taken a hard stance publically, but the source said the top people in the House Democratic leadership “blessed” the efforts to oust Miller-Meeks.

Hart insisted the election has 22 valid and uncounted ballots that could give her the victory:

In their filing to the committee, Ms. Hart’s legal team maintained 22 legal ballots haven’t been counted, saying 18 were cast for Ms. Hart, enough to reverse the outcome. Those ballots included some that were cast through curbside voting but not accepted by the voting machine; absentee ballots that weren’t counted because they were in a box that was marked with a lower number of ballots than it actually contained, leading to confusion; and one absentee ballot that wasn’t counted because the signature was in the wrong location on the envelope.

They figure if they can get their election insanity passed they can just make sure she wins next time.

This, and I bet they too a good look at those 22 ballots and realized there was going to be a problem trying to overturn the result. So leave it up in the air and spin it to make it look like the result is faulty.

Why did Hart finish her appeals in Iowa ?

Why didn’t she contest it? She would have LOST the appeals. She thought she had a sure bet going to the House. She LOST that as well

Right she did everything to win by hook or crook and is now just trying to make it look better.

This country is in trouble when democrats are no longer allowed to steal an election.

I hope future voters will remember and hold this against Hart if she runs in 2022.

The Democrats already have an eight seat majority in the House of Representatives.
Over turning this election would set a very bad precedent for them.
Republicans will then try to overturn other democratic stolen elections.
By dropping this they still maintain the 8 seat majority and do not start the Republicans down the road of overturning elections.

One Dem senator has to die or switch parties in order to save our country from progressive fascism.