The woman claimed “Cuomo touched her inappropriately late last year inside the governor’s mansion after she was summoned there on official business.” 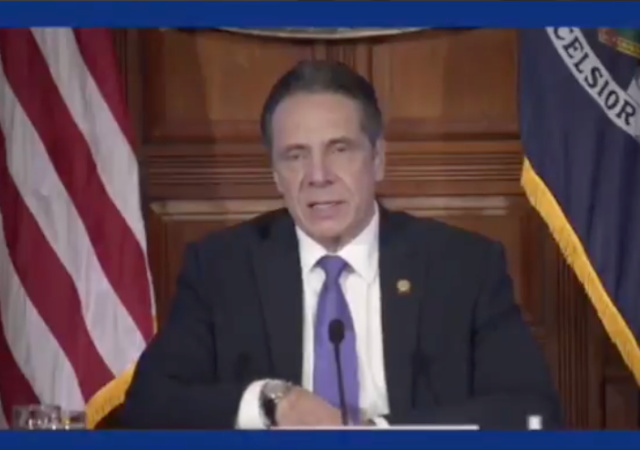 A woman on New York Gov. Andrew Cuomo’s staff becomes the sixth woman to accuse him of sexual harassment:

The woman told associates that Cuomo touched her inappropriately late last year inside the governor’s mansion after she was summoned there on official business, the Albany Times Union said.

The Times Union said it was withholding her name because she couldn’t be reached for comment.

Her allegations recently reached a supervisor in the Executive Chamber and were reported to Cuomo’s counsel and the office of Attorney General Letitia James, the Times Union said.

Sounds like part of his own body is turning against him.

Cuomo’s replacement is waiting for the position to be open. Who is it going to be?

The smokescreen darkens as we are led away from the real shiny object, nursing home deaths related to Cuomo’s policies.

Absolutely. He is the current weakest link in the scamdemic so best he disappear under something minor than stick around in a position where real damage can be done. The best option would be for the GOP in NY to keep him in power but mostly neutered by having to constantly defend himself. The US was a much better place when Klinton was being impeached because both parties were so caught up in that side show that they couldn’t do damage to the rest of us in the main ring.

The Governor, who was present at each and every one of these encounters, denies wrong doing. Investgate away, his story won’t change. He claims he didn’t do nothing wrong.

Notice nothing was said until after Orange Man Bad left office. Few falls from grace are like falling from the grace of the Party. You’ve had a good time, for you, now Andrew it’s time to move on. Go quietly.

Maybe the DNC will give him a beach house like the did for The Bern.

In the spirit of inclusivity, I can hardly wait for the first male staff member to step forward on Coumo.

Whoa — I bet that would shrink his poll.

Why haven’t we heard from any of those Democrat women who get drunk and raped at college parties by Republican nominees for stuff? Surely Cuomo must have attended some of those.