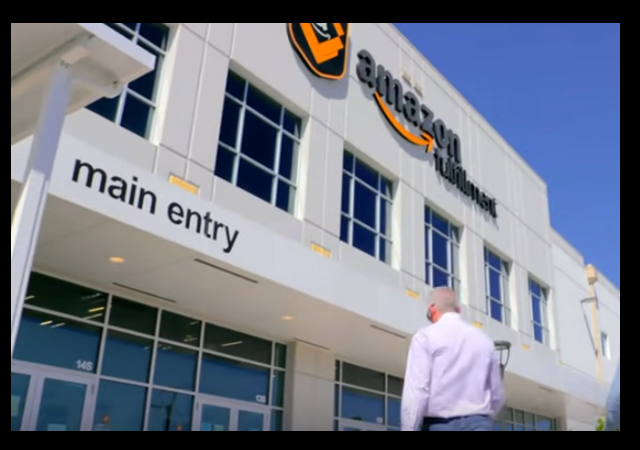 District attorneys from six California counties have filed a lawsuit against Amazon. They claim the company falsely advertised prices to consumers through the practice of “reference pricing.”

Prosecutors allege Amazon misleads buyers by featuring “reference pricing” in its advertisements for various products. This refers to when products’ current prices are compared to a former, higher price the product was previously sold at — often called “Was” prices — or prices the products are usually sold at by other sellers, suppliers or the manufacturer, often called “List” prices, the suit says.

An Amazon representative said the company did not have a comment regarding the case, but provided a statement that read, ““Amazon works hard to help customers make informed purchase decisions, including clear pricing information directly on our detail pages.”

According to the complaint, the “Was” prices may be misleading.

“That is, the price for which a product is advertised by Defendant for purchase is compared to a higher former price at which the product was sold by Defendant previously, often termed a ‘Was’ price, or is compared to a higher price, often termed a ‘List’ price, that suggests to a consumer the price at which the product is regularly sold by another seller, supplier or the product’s manufacturer,” the complaint states.

Amazon lists several products on its website with an accompanying “list price” or “was price” that displays a higher price than the current sell price, but a link below the advertisement takes customers to an explanation of their policy.

“The List Price is the suggested retail price of a product as provided by a manufacturer, supplier, or seller,” the website states. “Amazon will only display a List Price if the product was purchased by customers on Amazon or offered by other retailers at or above the List Price in the past 90 days. List prices may not necessarily reflect the prevailing market price of a product.

The district attorneys contend Amazon did not follow its own established rules regarding the Was Price.

This is the second time this month California’s prosecutors and bureaucrats targeted Amazon. Two weeks ago, California’s labor commissioner fined Amazon.com and a Santa Ana-based delivery company a total of $6.4 million for alleged wage theft violations against more than 700 workers.

An investigation that began in June 2019 found that the drivers for Green Messengers Inc., a contractor that made deliveries on behalf of Amazon in Los Angeles, Orange and San Bernardino counties, were often too pressed by the crushing load of their assigned routes to stop for breaks, according to a state Department of Industrial Relations news release Monday.

The year-long probe found that delivery drivers were scheduled to work 10-hour shifts, and often had to work more than 11 hours and skip their meal and rest breaks to complete their assigned deliveries due to the high volume of orders, the department said in a statement.

But the investigation also found that, between April 2018 and January 2020, Green Messengers failed to pay its drivers correctly for that extra work, which “resulted in frequent minimum wage, overtime, meal break, rest period and split-shift violations,” the release said.

While it’s nice seeing one of the business behemoths that have profited greatly from the pandemic being challenged, I would much rather the pandemic policies provide Amazon with some much-needed competition.

Whatever. Amazon™ will pay a couple million in fines, promise to be better, and then write the whole thing off as the cost of doing business in California and go on doing whatever they want. Nothing will change.

Everything Amazon is being accused of here is what Walmart and big box stores like Costco have been doing for years.

You may not be aware but Cali hawks retail prices on those stores too. They went after several dept chains a few years back for this near Christmas (I think in January when sales are notoriously low…I know one was JC Penney).

To me, the advertising is slightly deceptive but does not rise even close to the level of government intervention. That said, Cali law has codified this as predatory business behavior and allowed such lawsuits.

Again, it’s stupid to me and a savvy shopper should win the day while the foolish shopper was still willing to pay the price for it which was clearly indicated, regardless of how it was advertised.

“To me, the advertising is slightly deceptive but does not rise even close to the level of government intervention”

I agree. Why would anyone care how much they’re “saving” when buying something, and not just consider whether it’s worth whatever’s asked for it (or perhaps if you might get it cheaper elsewhere)?

(Yes, I know: it’s futile to point out that no one “saves money” by spending it. Even if the item purchased is a good value, “spending” remains the opposite of “saving.”)

Don’t tell Blondie. Tudbury’s has been rooking her for over a century now.

They should look at Kohls. Biggest bullschiff company of all time in my 0pinion.