Lehigh U. Prof’s Video About the Myths of Poverty Outrages Student Activists

Lehigh U. Prof’s Video About the Myths of Poverty Outrages Student Activists 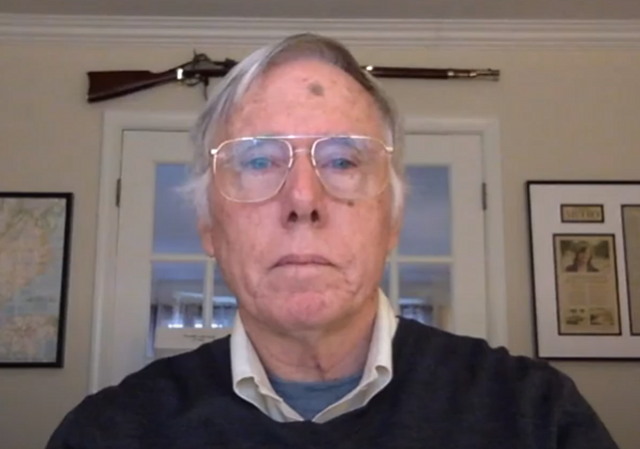 Frank Gunter is an economics professor and was asked to do this. Unfortunately, student activists didn’t like his conclusions.

Lehigh University gives faculty a lesson in the price of wrongthink

Professor Frank Gunter has learned that, the next time Lehigh University asks him to talk about poverty, he should keep his mouth shut. Earlier this year, Lehigh asked its business school faculty to offer counsel to the Biden administration in a series of short “kitchen table talk” videos.

Gunter, a professor of economics, did as he was asked. In late January, Lehigh posted his video on “Three Myths Concerning Poverty.” Sounding a lot like AEI’s own Ian Rowe, Gunter argued that poverty is not “mostly a matter of race,” that it’s not a “generational curse,” and that individuals have great agency when it comes to determining their own economic fate.

Gunter observed that most black Americans are not in poverty and that three-quarters of poor Americans aren’t black, while pointing to data on economic mobility to rebut those who suggest that poverty is an inherited condition. He proceeded to note that evidence on the “success sequence” suggests that a series of straightforward actions (finish high school, get a job, get married before having kids) will keep most Americans out of poverty.

For doing what Lehigh had asked, Gunter was soon attacked by students and faculty for his choice of topics, evidence, data presentation, verbiage, and context. Students for Black Lives Matter thundered, “The points brought up by Professor Gunter were not points of opinion, but incorrect and damaging statistics meant to put blame on impoverished people.” Of course, what Gunter said is more accurately characterized as a series of “accurate data points” than as “points of opinion.”

In any event, Students for Black Lives Matter labeled Gunter’s little video “racist and ignorant” and then gave the game away, declaring, “We don’t need a debate, we need action.” In short order, the university complied. It took down the video. The College of Business then explained that, to correct for Gunter’s wrongthink, it would “post more videos with diverse perspectives on this topic.”

When you choose to ignore the free education presented to you. When you join the thug gangs. When you spend more on your car wheels than you do on child support payments. When you constantly play the victim card at every turn, you have lost in the game of life. I never considered myself as a racist until that SOB Obama got elected and his cadre of worshipers told me that I was. It’s ingrained into my very fabric to squash the aspirations of the black and brown peoples. If you want to cause hate and alienation spit in your neighbor’s eye every day.

I agree to some extent, except you haven’t, “lost” you have chosen a losers path.The problem is 75 years of welfare have made that choice an acceptable one in certain ethnic groups in America. As Thomas Sowell points out according to the N.Y.Times 1619 project slavery in America lasted about 200years. Now during slavery most black children grew up in a home with a mother and a father present.200 years but following the introduction of welfare within one generation,25years this was no longer true. Because you have a situation where the government is going to pay you more to get rid of the father. 25years of Socialist Democratic Welfare did more harm to the black people than 200years of slavery!?