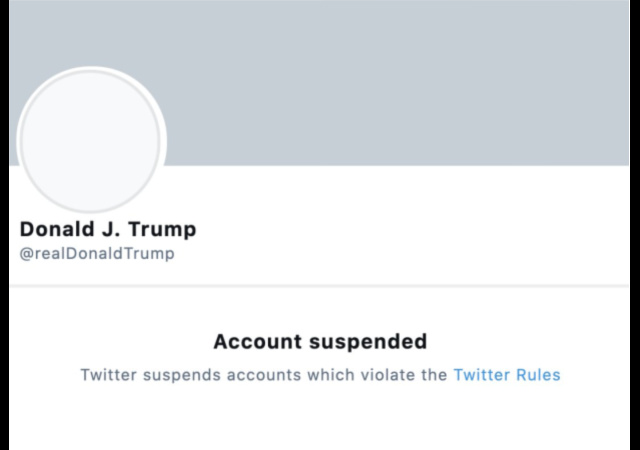 “We strongly condemn internet shutdowns,” tweeted Twitter Public Policy, “they are hugely harmful, violate basic human rights and the principles of the #OpenInternet.”

Ahead of the Ugandan election, we're hearing reports that Internet service providers are being ordered to block social media and messaging apps.

We strongly condemn internet shutdowns – they are hugely harmful, violate basic human rights and the principles of the #OpenInternet.

And in the very NEXT tweet, they talk about how they worked with their “peers” to suspend a whole bunch of accounts “targeting” the election.

Earlier this week, in close coordination with our peers, we suspended a number of accounts targeting the election in Uganda.

If we can attribute any of this activity to state-backed actors, we will disclose to our archive of information operations:https://t.co/GB71n4avwm

Aw come on. You know what Twitter thinks. It is okay for ‘them to block access because they are ‘right thinkers’. Anyone who blocks THEM are clearly ‘wring thinkers’.

kyrrt — I agree 100%. It not that Twitter et al are obtuse — they know they are talking on both sides of the issue. But as the Jesuits used to argue — the end justifies the means.

Left thinkers instead of right thinkers???

Twitter reminds me of an old SNL sketch with the catch line “talk amongst yourselves”.

They have become their only audience. They are not interesting and are regarded as both hateful and arbitrary. Not a good prospect for other than consumers of such specious variety in twaddle.

It’s okay when they do it.

It’s not okay when anyone other than our Big Tech Big Brothers do it.

Their Chinese Communist mentors are giving them a big thumbs up.

Meanwhile, governments all over the world are taking notice.

Not that Twitter cares. It’s not really a business. It’s actually a Dem PAC disguised as a business.

Other than accidentally loading Twitter when running the mouse over it, I do not use it, and I have no desire to ever use it. Everyone needs to ditch Twitter.

What would Idi Amin do?

“…they talk about how they worked with their “peers” to suspend a whole bunch of accounts “targeting” the election.”

Peers? They must be referring to The Trinity.

“We strongly condemn internet shutdowns,” By others.
We do it to protect Democrats from hearing upsetting news. It helps to keep them from voting Republican so it’s a Public Service Action!

Shutting everyone down not just one side seems to be less harmful to free and equal democratic elections, weirdly enough.
No wonder Twitter is not on board with that.

not verified by me
https://twitter.com/KanchanGupta/status/1349229786787311622
Good. #Uganda blocks #SocialMedia after @Twitter
@Facebook
try to influence election.
Message: world is *not* #America
Btw @jack
shutting down access to Twitter’s vicious bias and mendacity is *not* shutting down the Internet. And you are *not* the global protector of democracy.