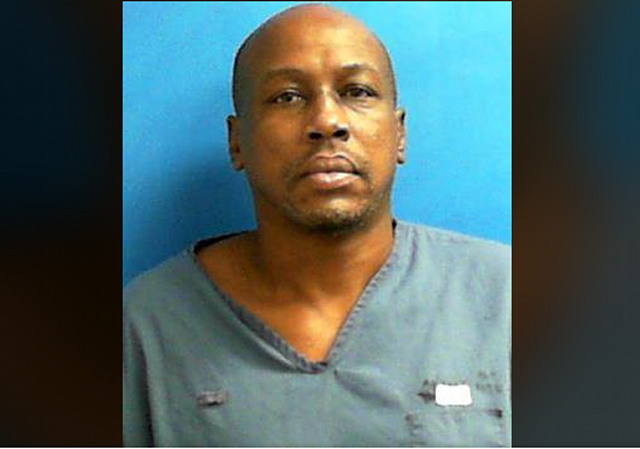 Last week, Reginald Harris pulled a u-turn on a highway while fleeing the police. While driving the wrong way at nearly 100 miles an hour, he crashed into another vehicle, killing a young man and woman who were siblings.

Harris, who also died in the crash, had a long rap sheet and a revoked license.

The driver, Reginald Lamar Harris, 47, of Orlando, also died in the crash.

Harris was fleeing Flagler and Volusia deputy sheriffs in a stolen Nissan Altima when he made a U-turn and started driving north in the southbound lanes on I-95 near the I-4 interchange in Daytona Beach, deputies said.

The Milis’ were in Florida vacationing and had just gone to a Christmas light event when the crash happened, deputies said.

What’s remarkable is that Reginald Harris was a free man. His rap sheet is extensive.

A man with a lengthy criminal record caused the crash that killed two Omro siblings in Florida, according to the sheriff.

For those who have been asking: This is who murdered Danycka and Domynick Milis on I-95, and injured Drake Milis and Kyley Larsen:

Your heart breaks for the family of the two young people who were killed.

It is a shame that two likely reputable citizens had to die to get rid of this POS.

At least at this time, the purple didn’t escape with his life. Too often, that happens. This is especially true with drunk and drivers.

THIS ONLY PROVES MASS INCARCERATION HAS TO STOP or something…..

Don’t know the specifics of what the relatives in the car did or did not know about the auto – but gotta suspect they at least a little suspected it wasn’t his.

Reminds me of a horrific local case where a repeat carjacker killed a women when she didn’t give over the keys quick enuf – threw her body in the trunk – then drove around for a week giving rides to his mom and family – until complaints over “what’s that smell” moved him to dump the body in a local cemetery and attempt to burn it up. I always thought the family should have been charged somehow as well.

It’s the cop’s fault for arresting him right? that is liberal logic in this country.

The only arrested him because he was black.

According to the vile Dhimmi-crats’ ethos and platform, Harris is the true “victim,” here. His decisions and choices to engage in recidivist criminality and sociopath behavior are not the product of his own freely-made choices and individual will, but, rather, are allegedly the fault of society and “institutional racism.”

This reprobate and murderer is a perfect example of why “three strikes” laws have been enacted in many states.

Doesn’t Florida have a “three strikes” law? I can’t understand how this idiot was on the streets, with eighteen felony convictions on his rap sheet.

I can’t understand how he was out on the street given how some of those felonies were things like “home invasion”. Why wasn’t he 6 feet under before this?

Sadly, the car with the siblings and cousin had just missed its exit–if they had taken the exit, they would have missed this a*hole. Although he would have hit someone else.

And I can’t resist: the plural of Milis is Milises, not Milis’.

Well was he decarcerated by a progressive prosecutor, or was he released because he had completed his sentence? I mean I’m all for violent criminals being prosecuted to full extent of the law. I’m also in favor of people being let out of prison once they’ve done their time. I wouldn’t want to live in a country where the government can just throw you in jail because . . . reasons.

…pulled a u-turn on a highway while fleeing the police. While driving the wrong way…
OK, there’s only 3 possibilities, and the way these sentences are laid out do not actually inform you as to which one.

2) He was going the right way down one side and didn’t do a U-turn, but merely used the U-turn area to cut through to the other side.

3) He was going the correct way, but did a U-turn, staying on the same side of the highway and now driving against traffic. I would hope a tiny bit more information would be provided to indicate that. (“U-turn on highway” really implies to most people, I think, that he used a service cut-through to put himself on the opposite side of the road.)

As to the perp who did this:
“Known to commit multiple felony robberies with a firearm, home invasion with a firearm, aggravated assault, grand theft and drug possession,”
He really (except for the last one) shouldn’t have even been incarcerated. Someone should have shot him and ended things before now.