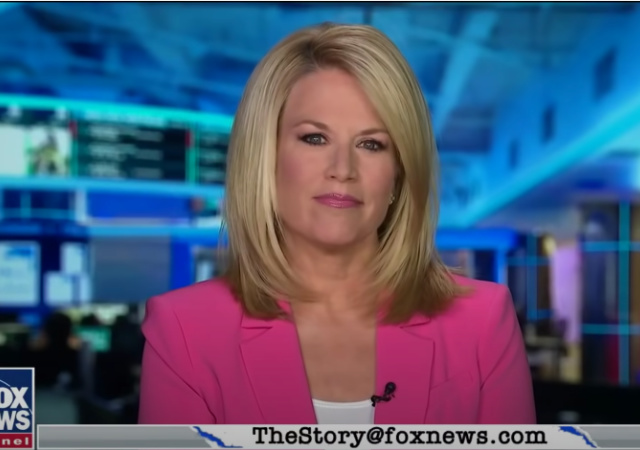 Fox News is changing its programming for 2021. The most notable change is moving The Story with Martha MacCallum to 3 p.m. ET.

Fox News has seen its ratings slip since November 3rd and has faced tough criticism from President Donald Trump during his time in the White House.

The network has enjoyed the top spot during the primetime slots, but MSNBC and CNN have slipped past it since the election despite 2020 being Fox’s best year.

Harris Faulkner will no longer host Outnumbered. She will have her own show, The Faulkner Focus, at 11 a.m. ET.

But the biggest story is Fox moving MacCallum to the afternoon:

MacCallum’s program — which featured interviews with newsmakers and commentators — will air at 3 p.m. Eastern. “The Story” had seen its audience level fall in recent months as Newsmax, a competing right-wing channel, had gained viewers in the hour with its host Greg Kelly.

While Kelly has never topped MacCallum in the ratings, his program has provided an alternative for the Fox News audience who were looking for solace after the election. Fox News viewers do tend to tune out after the election of a Democratic administration.

Fox News will have a new opinion-based show called Fox News Primetime. The network’s opinion hosts will take turns hosting the show before anyone is named as a permanent host.

Here are a few responses on social media:

There's a lot of fallout over at @FoxNews today due to their ratings death spiral: @BillHemmer & @DanaPerino are now stuck together at 9 AM.

And @marthamaccallum lost her 7pm slot.

The NeverTrumpers are being minimized.

Love Greg Kelly. Switched to newsmax day after election and haven’t even turned my tv to fox since.

We turned off FOX on election night and never turned it back on. Good riddance!

Spot on @gregkellyusa ! You deserve this!

I definitely switch to Greg Kelly everyday at 6pm CST, no offense to Martha MacCallum, but his show is a whole lot better

Chris Wallace and Chris Stirewalt are the 2 that should be the sacrificial lambs, but Fox proved it wasn’t smart when they pissed off their audience in the 1st place. Like a few of the tweeters, I switched from Fox on election night and haven’t returned. I do miss Tucker though.

I’m surprised that anyone still watches any of that stuff. Hope that they don’t have to pay for it.

I don’t watch Fox anymore and I’m much happier as a result.

It never takes long for Fox to get me to move on.

It’s a shame in a way — MacCallum used to be pretty good on attacking the left, especially (from what I could see) on Twitter.

She went over to the dark side and is now rightfully paying the price.

My reaction? So what. Turned off Fox News on election night after the premature call of AZ for Trump. Never going back. I don’t even watch Tucker segments on YouTube, and I loved that guy. I’ll miss the PGA on TV, too, but I’m done with it.

Maybe I’m not up on current events. I assume this is about the 2022 PGA Championship being moved from a Trump course.

It was PGA of America that decided to move the 2022 PGA Championship from a Trump course. The only other major event the PGA of America runs is the Ryder Cup.

I like Tucker, the way he thinks and his presentation. He is sharp.

You are missing a lot if you don’t watch Tucker. Laura can be informative too. Hannity is more like a cheerleader; good attitude, but I crave useful facts that I can’t easily get elsewhere.

An image of people rearranging deck chairs on the Titantic comes to mind.

Foxnews will never again have an audience larger than the one they have now. And the size of their audience will decline over time.

Human beings never forget betrayal, being lied to by those they trusted, and being stabbed in the back.

Foxnews will never recover the trust it betrayed.

Paul Ryan, Bill Sammon, the Murdoch boys, and their wives ‘Did It!’

May Fox die a miserable death.

So true. The Murdoch boys are “over achievers”…that is if you’re speaking of the old adage that “The first generation builds it, the second maintains it and the 3rd generation blows it”…those fools skipped an entire generation and squandered their legacy. Adios Fox…

After the 2018 midterms when Fox prematurely called the House for the Dems (while the west coast was still voting), I moved over to One America News (OAN) for my straight news stuff. We still DVR’d and watched Tucker and Lou Dobbs.

I dumped Tucker when he started towing the company line (ignoring if not dismissing the coup-by-election-fraud a/k/a the “color revolution”).

Still watch Lou Dobbs some … BUT … just ordered a Tablo Quad and an over-the-air antenna. Once I get them hooked up I’m planning to dump cable entirely and rely on our Roku + the Tablo if we want to see some local news / weather (I haven’t watched network programming in over a decade — I’ve not got the tolerance for either the woke or the interminable commercials).

And I will have the satisfaction of no longer funding CNN / FOX / MSNBC / ESPN etc. etc. etc.

Forget this “after November 3” BS. I haven’t watched FNC since the Wallace/Trump debate.

Dana Perino is obviously smart and competent but why anyone ever put in in a position when she had to actually speak escapes me.

For a self-proclaimed “communications expert” she is continually tongue-tied. It is painful to listen to her. Either her brain is moving too fast or her voice is moving too slow.

Am I the only one seeing this? I FF through her on the occasions when I watch to see what her guests have to say.

But, again, I think she is a good person – just badly miscast. Kinda like I should be entered into a 100 yd dash – LOL

Martha had china boy Swalwell on her show every chance she could, she also had too many far left bomb throwers on her show way too often. Not sure if it her under her direction or the show producers that was booking these people, many of them are so absurd that it was unwatchable.