Malley was booted out of the 2008 Obama campaign for “unauthorized” talks with Iran-backed terrorist group Hamas. 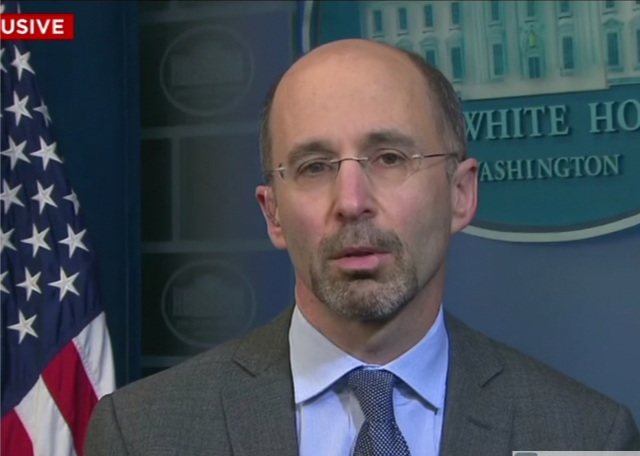 In an apparent effort to undo the legacy of his Republican predecessor, President Joe Biden’s administration has named the former Obama aide who negotiated the 2015 nuclear deal as the next U.S. special envoy to Iran. Robert Malley, who also served as President Barack Obama’s “ISIS czar,” will now be President Biden’s point man on Iran.

Malley is regarded as the architect of the 2015 nuclear deal, which handed billions of dollars to Iran-the world’s biggest state sponsor of terrorists, without dismantling the regime’s nuclear weapons program or its ability to develop long-rage ballistic missiles.

Malley was booted out of the 20o8 Obama presidential campaign after it came to light that he was holding “unauthorized” talks with Iran-backed terrorist group Hamas. He was “forced to sever ties with the campaign when news outlets reported he had met with members of Hamas, the Palestinian militant group that the State Department classifies as a terrorist organization,” the NBC News reported.

His apparent shady dealings with Palestinian Islamist terrorists did not prevent President Obama from appointing him as his “ISIS czar” in 2015.

With Malley steering the White House Middle East policy, the Obama administration watched as the Islamic Caliphate in Syria and Iraq grew into a global Islamist movement, staging and inspiring deadly jihadi attacks all across the world. It was President Donald Trump who finally saw to the destruction of ISIS forces on the ground and ordered the strike that killed its “Caliph” Abu Bakr al-Baghdadi in October 2019.

The Biden administration appears to be thrilled to have Malley on board. He “brings to the position a track record of success negotiating constraints on Iran’s nuclear program,” a State Department official told media. “The Secretary is confident he and his team will be able to do that once again.”

[Malley] holds one of the most important jobs in Obama’s White House, with a hand in everything from the Iran nuclear deal to the fight against the Islamic State, also known as ISIS or ISIL. In late November, Obama granted Malley a second title as his senior adviser for the counter-ISIL campaign — in effect an ISIS “czar” coordinating U.S. efforts against the terror group after complaints about an unclear chain of command.

Those outside the Biden-Harris White House sense the disastrous implications of placing someone like Malley in a position to set U.S. policy towards Iran.

“It’s deeply troubling that President Biden would consider appointing Rob Malley to direct Iran policy,” Republican Senator Tom Cotton tweeted last week. “Malley has a long track record of sympathy for the Iranian regime & animus towards Israel. The ayatollahs wouldn’t believe their luck if he is selected,” he added.

[Malley] served in a variety of positions during the Clinton administration, but became a lightning rod for controversy in 2001 when he published articles in The New York Times and the New York Review of Books about the Camp David Summit of 2000. Malley, who was one of the staffers assisting President Bill Clinton at the summit, contradicted his boss and just about everyone else who had been there by claiming that Palestinian leader Yasser Arafat was not to blame for its failure. (…)

He did have a setback in 2008, when he was forced to step down as then candidate Barack Obama’s foreign-policy adviser after it emerged that he had met with leaders of the Hamas terrorist group, whom he has since consistently argued must be included in peace negotiations with Israel. But he eventually returned to the corridors of power during the second term of the Obama administration when he became the president’s point man on the Middle East at the National Security Council.

Since then, he returned to the International Crisis Group, an influential think tank and non-governmental organization that is a pillar of the foreign-policy establishment, and where he now serves as president and CEO. In recent years, has used that bully pulpit not merely to oppose the Trump administration’s withdrawal from the Iran nuclear deal and its “maximum pressure” policy aimed at forcing its renegotiation, but also against former Secretary of State Mike Pompeo’s demands that Tehran enact democratic reforms, end support of terrorism and taking foreign hostages, in addition to ceasing its military adventures aimed at achieving regional hegemony. (…)

It is policy that is at stake in the battle over personnel. If Blinken means what he says and Biden is determined to be tough on Iran, then that is more important than whether or not Malley is given a job in his administration. But if toughness is wanted, then why hire someone who has staked their career on justifying appeasement of terrorists like Arafat and Islamist tyrants like the Iranians? That’s why the question of whether Malley is brought into the administration not only matters, but will also speak volumes about what’s in store for America and its allies in the next four years.

If the Biden-Harris White House wants to undo President Trump’s legacy of peace and strength in the region, Malley is just the guy for them.

The end of President Trump’s tenure was welcomed by Tehran and pro-Iranian terrorist groups throughout the Middle East. “Trump’s era was a very negative one, a period of demolition,” the Iran-backed Iraqi terrorist group Kataeb Hezbollah declared.

With Iran and its unholy Islamist alliance cheering the return of Obama-era policies, the appointment of someone Malley will only embolden Mullahs in Iran as they ramp up their nuclear program and wage a campaign of terror against the U.S. and its allies in the region.

There is a great piece in the intercept covering this. I’m not clear that what’s presented here is entirely accurate. Still an interesting read.

mark311, are you suggesting that something in this post is incorrect? If so, please tell us what that is and provide support. We take our accuracy very seriously here.

or any other way, for that matter, unless it’s to escort them to the door and throw them out. they are #FakeNews

What was his response, FS?

Mark,
Trenchant comment. You sound even more lame than usual.

mark troll can’t wait for Biden to suck up to Iran again.

Kamala Harris heard about sucking up to Iran, and it got her opportunity antenna rising. Someone had to explain the sucking wasn’t literal.

And 2 weeks in the world is laughing at the US again.

A bitter clinger to Obama/Biden’s legacy of wars without borders, transnational terrorism, coups without cause, extrajudicial trials, and [catastrophic] [anthropogenic] immigration reform (and collateral damage).

Biden sending a eunuch to Iran. How fucking fitting.

But he has a very nice purse.

talk about being low-T… he went through his school days with a “kick me” sign on his back.

Exactly. He wasn’t canned for meeting with Hamas, he was canned for it being discovered.

This is hilarious double-speak. What constraints would those be? I’m sure giving Iran billions of dollars “constrained” the program.

No duh, China and Iran are going to make out big time the next 4 years.

The inmates are running the asylum: read, China.

Iran is going to get the bomb obama tried to hand them, and Israel will be forced into a prophylactic war for survival. (Kamala Harris heard about this, and got all excited. Someone had to tell her “prophylactic” doesn’t always mean “condom”.)

“The Malleys remained in France until 1980, when then French president Valéry Giscard d’Estaing briefly expelled Simon Malley [Robert Malley’s father who was a communist and left the US] from the country to New York, due to his hostility towards Western colonialism and Israel.”

So the Malleys were too antisemitic even for the French. That is saying something. But I’m sure he wasn’t influenced by his father lol.