“To ensure lasting change we, furthermore, demand an immediate, transparent, and student-centred overhaul of McGill’s Statement of Academic Freedom” 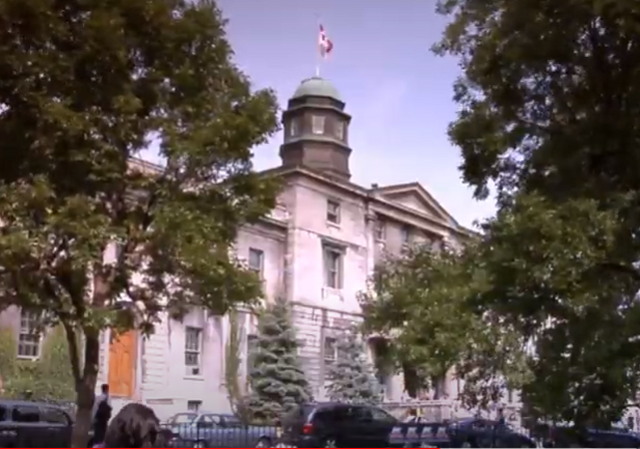 Philip Carl Salzman is a retired Professor Emeritus of Anthropology at McGill University in Canada. He has become the target of a cancel culture mob for the crime of criticizing social justice, rape culture, Black Lives Matter, and other aspects of the academic left which are considered beyond reproach.

Students want Salzman stripped of his emeritus status and are demanding a review of the university’s policy on academic freedom.

The outrage mob and all that comes with it, is quickly becoming the norm on college campuses.

Here are some excerpts from a letter students addressed to the McGill community:

It is no secret that, like many other academic institutions, McGill University was built on a history of oppression, its existence made possible by profiting off of the labour of enslaved and marginalized peoples. This regrettable history not only tarnishes the University’s past but also continues to influence how the University operates today. Scholars have abused their right of free speech and academic freedom to defend acts of rhetorical violence against marginalized communities on campus, shielding racist, sexist, and transphobic speech behind the term “controversy.”

Freedom of expression is traditionally considered central to permitting the free exchange of ideas and debate and fostering the university environment. Free speech, however, does not exist outside of its social context…

In the past year, several articles have been posted on public forums by Professor Philip Carl Salzman, a retired Professor Emeritus of the McGill Anthropology Department. In one recent example, Salzman goes on to write that “the Middle East is a place where doing harm and being cruel to others is regarded as a virtue and a duty.” Salzman goes on to condemn multiculturalism, immigration, gender parity, cultural equality, social justice, and the Black Lives Matter movement, along with dismissing the existence of rape culture and systemic racism.

Despite their editorial nature, Salzman’s opinions are presented as though they are objective facts. Meanwhile, his affiliation with McGill lends him credibility that would not otherwise be afforded if not for his status as a Professor Emeritus of a respected institution such as McGill University. In providing such commentary while presenting himself as an affiliate of this University, Salzman’s recent publications in public fora demonstrate a lack of consideration for his responsibility as an academic…

For these reasons, we, the undersigned, demand the removal of Professor Philip Carl Salzman’s Emeritus status. To ensure lasting change we, furthermore, demand an immediate, transparent, and student-centred overhaul of McGill’s Statement of Academic Freedom, enshrining the University’s commitment to inclusivity in teaching and research in policy.

Richard L. Cravatts of the Times of Israel has written an excellent response to all of this:

Suppressing Academic Freedom in the Name of Inclusion at McGill University

In what has become an increasingly frequent and troubling occurrence on campuses, a McGill University emeritus professor of anthropology, Philip C. Salzman, is under fire by pretentious, virtue-signaling students who wish to hear only viewpoints that conform with their own and who, in attempting to shield others from ideas that might make them uncomfortable, want to suppress the ideas of their ideological opponents.

The notion that a vocal minority of self-important ideologues can determine what views may or may not be expressed on a particular campus is not only antithetical to the purpose of a university, of course, but is vaguely fascistic by purposely or carelessly relinquishing power to a few to decide what can be said and what speech is allowed and what must be suppressed; it is what former Yale University president Bartlett Giamatti characterized as the “tyranny of group self-righteousness.”…

Because they do not understand that the central role of the university is foster the pursuit of knowledge and truth and not, primarily, to create a “safe” space where no one’s feelings are hurt by “rhetorical violence” and students do not have to be exposed to ideas of which they do not approve, the letter writers were also responding to a recent confirmation by McGill’s administration that academic freedom is a paramount goal of the University.

One of the problems facing academia is that progressives rule the field with a supermajority, yet behave as if they are a repressed minority.

The left screams in defiance that it will not be silenced, as it does everything it can to silence any critics brave enough to speak out against them, knowing full well that they will become the next target of the mob.

Demand, Demand, Demand! Let these idiots run the asylum for now, but as soon as they receive their diplomas, they should be stripped away due to their illiberal action as undergrads to censor the expression and opinions of others.

A university, as conceived, is where anything can be said that you believe is true.

With Inmates running the asylum what would you expect?
When all these now students run companies it will get alot worse and can’t vision a way to stop it.

That said, diversity of individuals, minority of one. #BabyLivesMatter #HateLovesAbortion

I think this cancel culture does not go far enough in academia. These institutions should cull the institution of all wrong thinking individuals. And, then all government largess, including student loans, should be withdrawn. Let them go it alone and depend upon the student customers to support the institution.

If they continue in the current vein, then the faculty, of these institutions, will consist of a few intellectual midgets who will be nothing but mouthpieces for other intellectual midgets. Then the good instructors and educational innovators can gravitate to real centers of learning and innovation.

Close the school and send all the ingrates home.

Oldschool, their degrees shouldn’t be stripped, for they serve to label these idiots for the idiots that they are. Having a degree in under water comparative basket weaving, at the top of their resume helps those of us who run companies to identify the unqualified and potential trouble makers.

Skip, it is unlikely that they will ever run companies. Starting a company and running a company requires a skill set that these darling snowflakes will never possess.

The hell with the discussion about McGill – we are about to be completely taken over by a malignant foreign power.

Let’s start the discussion there.

Tyranny of the minorities …

I like to think of these occurrences as a test of the University Administration. If they are spineless and give in, then the “demands” will keep coming, and those demands will get more strident and more absurd.

On the other hand, if the Administration stands up to the pretentious, virtue-signaling students, it can stop this nonsense at an early stage.

If you do not want to attend a university with these ideals, you are invited to transfer to another school that shares your feelings. We will provide you with one free transcript for this purpose. On the other hand, if you stay here and commit crimes such as criminal trespass or vandalism, you will be expelled and your transcript will be shredded. Your choice.

I’m not an academia wonk… but isn’t Emeritus considered a tenured position if the person was tenured when employed?

The word “Emeritus” in academia-speak translates into the plain English “Thank God we got him to retire.”

“Emeritus” is a fancy word for honored retirement. One keeps the title one had. At many (not all) universities, an emeritus faculty person may be allowed a small office. Some emeritus faculty are hired back at a reduced effort (say, up to 40% of full time) for teaching, administration, or research. Some emeritus faculty continue their research, especially if they have federal funding, and drop their other obligations.

So in general, an emeritus faculty still has a little skin in the game.