“These are 21 hardened drug dealers. This conspiracy moved thousands of pounds of marijuana over the course of several years, hundreds of kilos of cocaine.” 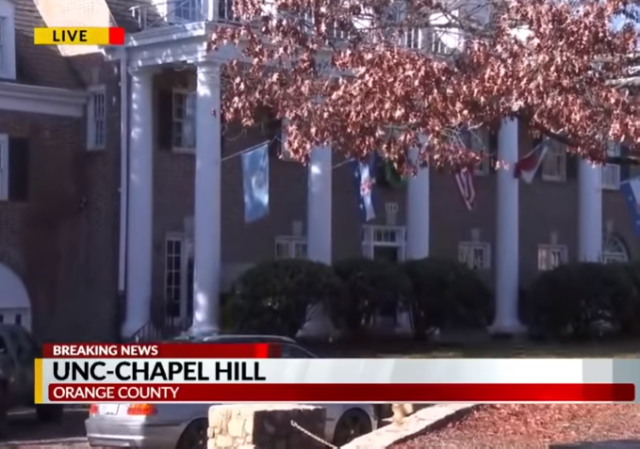 Federal authorities have arrested over twenty people in a drug trafficking ring that spanned three college campuses in North Carolina.

This was not a case of a few people selling small amounts of marijuana out of a dorm room. It was an operation worth over a million dollars.

Fraternity members and students from the University of North Carolina and Duke University were part of a massive drug trafficking ring that for years funneled drugs into three college campuses, federal prosecutors announced Thursday.

Federal law enforcement agents most recently charged 21 people in connection with the scheme following an investigation that began in November 2018.

The illegal drug activity involved members of chapters of Phi Gamma Delta, Kappa Sigma, and Beta Theta Pi fraternities at the University of North Carolina at Chapel Hill between 2017 and the spring of 2020, according to court filings.

The drug ring funneled more than a half-ton of marijuana, several hundred kilograms of cocaine and significant quantities of other drugs into UNC-Chapel Hill, Duke University and Appalachian State University, prosecutors said.

Prosecutors said the total amount of money made through the trafficking scheme was not immediately available, but exceeded $1,500,000.

The suspects range in age from 21 to 35, with the majority being in their mid-20s. It’s unclear how many are or were students at the three schools.

The investigation has been going on for two years, and the people involved are going to see real jail time.

While the investigation continues, officials said a primary supplier was Francisco Javier Ochoa, 27, of Turlock, California. He supplied about 200 pounds of marijuana and 2 kilograms of cocaine on a weekly basis to North Carolina co-defendants, authorities said.

“I want to make it very clear, this is not a situation where you have casual users, where you have a 19-year-old sipping a beer or you have someone taking a puff off a joint on the back porch of the fraternity house,” he said.

“These are 21 hardened drug dealers. This conspiracy moved thousands of pounds of marijuana over the course of several years, hundreds of kilos of cocaine.”

This video report from Dana Perino at FOX News suggests the ring even had a connection to a Mexican cartel:

Fraternities are already under fire in higher education. This case will do nothing to help that.

Now that’s a way to earn a business degree.

They can finish their degrees in prison.

It’s not called “Happy Appy” for nothing, it seems.

You mean… it’s not in McAllen Texas?

If Obama had a son……

I question the units. Apparently cocaine is metric and marajuana is English.

Hum…walking down the hallways of the dorms at NCSU was a gauntlet ..could one make it from one end to the other without getting second hand stoned? That was 1970…but things never change.

That’s what, $400K a year gross revenue across all the participants? – so less than $20K a year per dealer.

That is absolutely “a few people selling small amounts of marijuana out of a dorm room”. This is a non-story.

Federal authorities have nothing better to do, huh?

FBI Director Christopher Wray Has Been Hiding His Connections to a Russian Energy Company Likely Connected to Uranium One:
https://www.thegatewaypundit.com/2020/12/exclusive-christopher-wray-tied-russian-oil-company/

It’s over. Our nation is no more. It’s just a ruling Junta looting the rest of us.

This is what is called a ‘business’ degree.

What’s the big deal, anyway? Democrat darling and rap empresario Jay-Z was a drug dealer, and a thug:

There are no standards anymore. These guys were no different than any “elected” official in our Junta-run country. These guys just got caught, and didn’t have a Joe Biden or William Barr to help cover it up.

MJ is quasi-legal in 1/3 of the country and has some legitimate medical uses (the kids are using it for that) and is not physically addictive, i don’t see that as the best use of fed time.

I don’t think kids should further waste the mostly wasted $60,000 a year in college tuition puffing away, but as long as I am not paying to forgive their college loans they are free to be idiots.

To the extent this stuff is supporting bribing of judges and corruption of the legal system, that is an issue. Funny I never see much about corruption in the big bust theater articles although you know payoffs are happening

The math is off. something is wrong here. The one person highlighted was moving 200 pounds of pot a week. The story seems to talk about a half a ton of pot. Of course one has to read and reread these things.

Well 200 pounds a week for 5 weeks is 1000 pounds, or a half a ton. If this was going on for years (or more than just over a month) wouldn’t we be talking about ten tons or more?

This is college, plain and simple, and they are just modern low-level “bootleggers.”

Only one hispanic name released and no pictures as though their identities could or would be shielded.