The stakes on Tuesday could not be higher. Join us for live coverage Tuesday night at 7 p.m. Eastern. 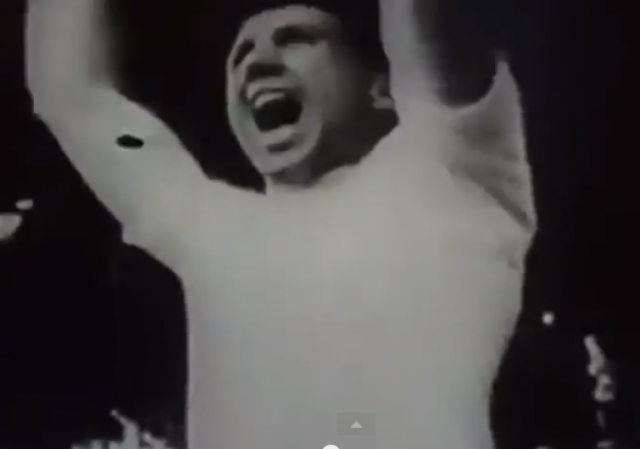 The stakes on Tuesday could not be higher. We’ve covered that hundreds of times. No need at this point to review it all.

Tuesday you need to vote if you haven’t done so already. You need to get family, friends, and neighbors to vote. You need to be a one-person get-out-the-vote operation.

It’s all on the line.

Join us for live coverage Tuesday night at 7 p.m. Eastern. As some of you longtime readers know, there’s no better place to be on an important election night than among friends at Legal Insurrection.

We recognize we may not have a result Tuesday night into early Wednesday morning, unlike in 2016. But we will be up and updating well into the morning hours.

And yes, we will have the Fireworks and Music ready, in case the nation is saved.

“You remember it. Remember every bit of it. Because we are on the eve of a day that people will be talking about long after you and I are dead and gone.”

One guy is acting like he wants the job, flying all over the country several times a day. The other is hiding. One guy is working his butt off, saying positive things about this country. The other guy is masked-up with sunglass so you can’t see the dementia in his face, no one bothers to hear him speak in person because he’s as refreshing as a dumpster torched in any given leftist hellhole.

I’ll be casting my vote tomorrow morning and then signing out until Wednesday.

I already early voted (in person) but I won’t be tuning into listen to the Joseph Goebbels media. It is easy to predict exactly what they will say.

Rush Limbaugh said that he expects at least one major network to call the race for Biden tomorrow. While Limbaugh thinks this is an effort to depress voter turnout, I think it will be to establish early the Official Narrative that Biden and the Communists are the “real” winners and to try to preempt Trump from declaring victory.

It could be for both reasons. Remember when Bush was elected they were calling Florida while the panhandle hadn’t yet finished their voting.

Dual effect to claim the race lost and set up the narrative that Biden won but had it stolen (their fraud wasn’t enough to counter the real votes).

Meanwhile in other fun news….

Bannon, “When you’re FBI Director, you’re going to clean all this up?”

Powell, “Yes, regardless of political party I will be a very highly equal opportunity offender.”

New version of The Addams Munster Family based on Bidens.

Clay Travis
@ClayTravis
·
Nov 2, 2020
The number of men & women in sports media, of all races, who reached out to say they are voting for @realDonaldTrump, but are afraid to say so on social media because of the Twitter blue checkmark brigade in sports is staggering. How many people in all industries are like this?
Clay Travis
@ClayTravis
That’s the most fascinating thing about this election to me, the quiet number of supporters. The most rebellious thing you can do is vote Trump because Trump has made the Republican Party the counter culture this election. It’s wild.
6:41 PM · Nov 2, 2020

“….Donald Trump is an Indictment Against The Ruling Class”…

If Trump is ahead at midnight on election night (choose whatever US time zone you wish) then he should declare victory. Any ballots received after that – especially in Pennsylvania – should be assumed to be fraudulent. None of this nonsense of tens of thousands of ballots (99.99% voting the straight Communist Party ticket) tricking in for weeks.

The Communists may succeed in seizing power, but it is important to deprive them of legitimacy. No concessions of any kind.

notamemberofanyorganizedpolicital in reply to Recovering Lutheran. | November 2, 2020 at 11:22 pm

Make those Arugula Clingers swig their own poison medicine.

I would like to see Trump with 300 electoral votes on election night. That would suck the air right out of all of the blowhards on TV, and make the most epic videos. Right now, I’d settle for him winning.

i want Trump vote numbers so high the #MFM can’t deny his victory, and i want a down ballot blood bath so that Malig-Nancy knows she is out as speaker come January.

then, our #GEOTUS calls the House and Senate GOP “leadershit” to the White House, and lays down the law for the next 4 years.

enough with the backstabbing and chickenshit.
|
get on board, or get F’ed. RINO scum.

This is it, my guess Pa unless the AG calls it for Sundowner shortly after even if Trump well ahead won’t get called until Friday

IF Biden concedes, will he do so wearing a mask?

while the above I guess could happen, I would bet Trump will be up in 6 key states with atleast a 70k+ margin in each

post election night – I also think Nevada, Minnesota, New Hampshire, and Maine could be in the Trump column but their totals will be low enough (under 20k) for the immediate chaos to unfold will flip those Biden’s way the day or two after

so these recounts are atleast guaranteed to go on post 3 days after, which we could be enough time for them to flip a state or two

now, if Trump has a bigger night than expected and is up 100k+ in some of these states

they will contest every single state result, the national results, etc…

so unless Biden actually pulls off an election day win, neither side will concede to the other

especially if Trump has a commanding lead post election day, which the liberal media will condemn as a “red mirage”

In those two little towns in New Hampshire that vote just past midnight Trump won 5-0 and 16-5. I’d like to see those numbers nationwide.

Well, one out of two isn’t bad. “The results in Dixville Notch, near the Canadian border, were a sweep for former Vice President Joe Biden who won the town’s five votes. In Millsfield, 12 miles (20 kilometers) to the south, President Donald Trump won 16 votes to Biden’s five.”

Funny, the reports I have seen so far only included Dixville Notch.

Something wrong with those people in Dixville

I sure will be glad when the robo-calls stop. Just yesterday evening we got seven.

I didn’t get any political calls, but ever since the big deal was made about phone companies starting to block robo-calls, my number of junk calls is up at least five-fold.

Things that make human grizzlies grr: arriving at the polling station to vote at 7AM, the time listed on the website, to be told they open at 8AM. I was not the only one there to voite.

I had to drive my husband to his eye doctor, because his eyes were supposed to be dilated. I waited there, in the car for an hour and a half (covid rules) and they didn’t even do that.

This made me late to vote, and I had a two and a half hour wait in line. It was worth every minute..