House Democrats: “If we run this race again we will get f*cking torn apart again in 2022”

House Democrats: “If we run this race again we will get f*cking torn apart again in 2022”

“We are going to run on Medicare for All, defund the police, socialized medicine, we’re not going to win” House Majority Whip Jim Clyburn 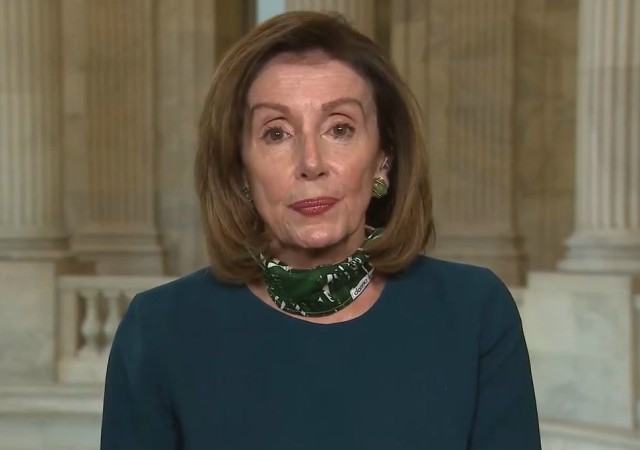 Despite the ongoing vote count for the presidency and a handful of other races, Democrats are not happy with results of Tuesday’s election.

During a Democrat caucus call, Rep. Spanberger, who barely made re-election had some heated words for the caucus, according to a reporter familiar with the matter.

If we run this race again we will get fucking torn apart again in 2022, Spanberger says

Pelosi comes back on and says she disagrees, they won the House and presidency

We have a mandate! Pelosi says before getting off the call

Also earlier in the call Debbie Mucarsel-Powell who lost her race was crying , and mentioned how people can’t pronounce her name, and said stop being negative on Twitter

Jeffries comes back on to tell people to stop leaking and that reporters aren’t your friends! ?

And from other reports:

"If 'we are going to run on Medicare for All, defund the police, socialized medicine, we're not going to win’” GA sen races.https://t.co/WXR4P1mLpY

But let’s face it, this is what Democrats have raised, fostered, and nurtured for decades now, so good luck reigning it in:

For better or worse this is what Democratic party has decided to stake its future on. Good luck stopping that train. pic.twitter.com/5wXTyFO5FR

Bernie Sanders likely would’ve been the 2016 Democrat nominee had the Clinton machine not put the fix in and he is openly socialist, as are the Democrat’s most vocal young talent. People fleeing actual socialism know what it entails and want no part of it.

With Mitch in charge of confirmations, any predictions whether Biden’ll have a working cabinet by June?

I wish I knew for sure that Mitch will be in charge of confirmations. It looks like there are going to be to runoffs in Georgia as they continue to find more D votes in Fulton County and have pushed Perdue under 50%, Tillis is still not safe yet in NC. Even if all 3 of those seats stay Republican, with the pickup of net +1, Democrats likely will be able to pull Collins & Romney over to the belief that any President’s cabinet nominations should be approved if they are competent despite their far-left tendencies. It was hard enough for McConnell to keep the entire caucus together on approving Trump’s nominees; it will be much harder to keep it in line not to approve Biden’s nominees even for lower court federal judges. The Supreme Court might be where Mitch is able to hold the line.

If the repubs keep the senate, I would love to see Mitch turn the Speaker position over to a younger person. Mitch got the appointment of judges through the system and earned the next six years in office. He deserves a stress free term, maybe his last one in office. I would not want to see Graham in that role. I might think seriously about Cruz in that position, whoever it is I hope they use the confirmation process to extract some blood from the dems. Every confirmation nomination needs to be turned into a bloodbath.
On another note, why does Wray still have a job today?

His position is Senate Majority Leader (unless the Democrats find a way to flip the Senate; only the House has a Speaker). He thrives in the position, does a masterful job because he knows the Senate rules so well, and has said that his life’s ambition was to be in this position, not to be President. So I doubt he will want to turn the position over, and there is zero sentiment among the Republican Senators to dislodge him.

Concerning your question, several days ago I commented “Win or lose, on Nov 4 Trump should fire Wray.”

notamemberofanyorganizedpolicital in reply to fscarn. | November 6, 2020 at 4:09 pm

Mitch WILL NOT be Senate Majority Leader

if Dictator Biden is Erected.

MikeE in reply to notamemberofanyorganizedpolicital. | November 7, 2020 at 10:11 am

It is highly unlikely that Joe Biden will survive his first year in the Oval Office. After Pelosi and the Cabinet pull the trigger on the 25th Amendment, say hello to President Red Kamala and VP Red Ayanna.

This is the internal revolution in the Dem party I’ve been talking about. Most of the Dems are VERY angry at Pelosi. She and Clyburn MUST step down or be booted out.

In a gridlocked House and hostile Senate environment, good luck trying to pass anything from the Biden Manifesto “voter mandate”. There is a very good reason why they had to steal to even be competitive. Trump will be more powerful than ever so they live in terror of the 2022 elections. They can’t steal everything everywhere.

They could run again as plain old communists and quit the pretense.

.
@Rep. Spanberger: Your party’s Socialism Express has stopped in the station now. You have only a few minutes to hop aboard the Republican American Flyer, now arriving.

Foghorn Clyburn. Uncommonly irrelevant, yet ignorant beyond even his own imagination.

He sho’ do take goot care of da missy.

Everytime he speak, all I hear is Foghorn Leghorn.

Yep, they said things would change when women rule the world.

Yes they did. They forgot to mention how many of the changes would be for the worse. When you run on “change,” you cannot always control the direction of change that you will get.

It’s amazing what you can talk yourself into when you look at your own rhetoric and not the facts.

Worthless words, as riots are going on as I type this. The best option for the left would be to completely disavow and shun their radicals. Remove them from all committees, treat them like outcasts and get to work reversing course hard to the middle, even center right. Which means the democrat party is doomed. They’re going to fracture and spend decades in the wilderness. Master legislator nanci pelosi cut off her own party’s head and they didn’t even know it.

What I know about Americans, across ethnic and racial lines. WE HATE CHEATERS! WE BEAT THEM UP IN THE LOCKER ROOM!

If Trump loses (and my money remains on him), Biden deserves to have both houses of Congress controlled by McConnell and McCarthy. Biden would have Lucretia McEvil (Harris) and Comrade AOC nagging him 24/7. He’d like jump out a window before they invoke the 25th Amendment. It would be a just end for the man who silenced the MeToo movement….

run on gun control. that’ll win for sure.

It sure did in Arizona, of all places. Still bewildered despite McSally’s big bag of mediocrity.

“Also earlier in the call Debbie Mucarsel-Powell who lost her race was crying , and mentioned how people can’t pronounce her name”

Powell’s simple enough — did Orange Man hold a gun to your head and force you to hyphenate?

There is no mandate.