Crickets Over Republicans Adding 11 New Female Representatives in the House

Crickets Over Republicans Adding 11 New Female Representatives in the House

Will they get a Vogue or Rolling Stone cover? 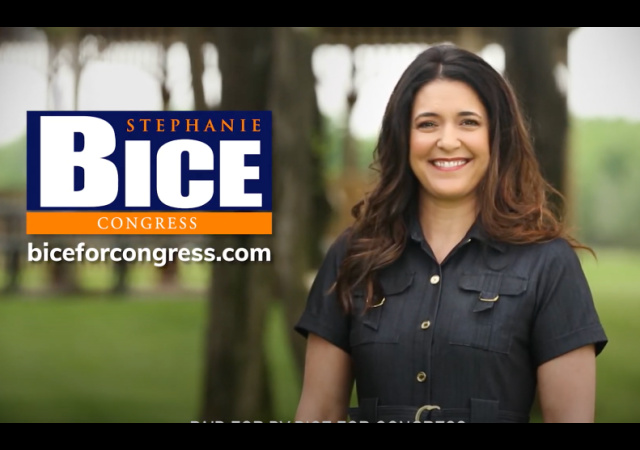 Weird. When Democrats added a bunch of women to the House of Representatives in 2018 it was all over the news.

Don’t expect a million articles in the @washingtonpost describing how angry women are fighting back against being defined as single issue voters, you probably won’t see them on @TIME covers, but here is what you will see, at least a dozen NEW REPUBLICAN female faces in Congress! pic.twitter.com/AOavceYzfk

We have (emphasis mine):

Colorado’s Lauren Boebert, who unseated Rep. Scott Tipton in the Republican primary, is best-known as the owner of a pub in which waitresses openly wear firearms. Marjorie Taylor Greene, a businesswoman from suburban Atlanta who once espoused the controversial QAnon conspiracy theory, won an open congressional seat.

Other notable female winners on the right include Maria Salazar, a Cuban-American TV newscaster who unseated Rep. Donna Shalala, D-Fla.; Mary Miller, a businesswoman and farmer, who won the seat of Rep. John Shimkus, R-Ill. (that was once held by President Abraham Lincoln), by running as an anti-establishment Trump-style Republican; state Sen. Victoria Spartz, a Ukraine-born businesswoman and unabashed free marketeer, who won the Indiana-5 district of retiring moderate Rep. Susan Brooks; and Diana Harshbarger, a millionaire pharmacist and “Trump conservative,” who defeated nine primary opponents to win Tennessee’s heavily Republican 1st District.

Sure, it’s newsworthy. But there are more newsworthy things going on right now.

The end of Obama’s social justice adventurism (e.g elective coups, wars), catastrophic anthropogenic immigration reform a.k.a. “refugee crises”, paid Iranian sponsorship of terrorism (Obama/Biden’s deal). Working with Mexico and other government to normalize emigration reform to mitigate collateral damage from immigration reform at both ends of the bridge and throughout. Standing up to trade agreements that profit from environmental (e.g. “Green”), labor, and monetary arbitrage. Standing with Japan, Taiwan, Vietnam, Korea, et al to confront aggressive Chinese expansion. Exposing clear and progressive human rights violation committed by the Chinese Communist Party. Limiting travel from nations afflicted with social (e.g. terrorism) and viral (e.g. Wuhan/Covid-19) contagion. Identifying and normalizing early, out-patient treatment (e.g. HCQ cocktail) that has demonstrated an 80-90% reduction of mortality globally. Opening an investigation into Planned Parent in New York (and New Jersey?). Confronting marketing distortions that force progressive prices secured and sustained under Obamacares. Peace in the Middle East. Working with local stake holders in a Revitialize, Rehabilitate and Reconciliation program to improve conditions in urban jungles. Standing up to diversity (i.e. color judgment), not limited to racism. Standing up to feminism, not limited to violation of male civil rights. Standing up to the Progressive Church and its special and peculiar Pro-Choice, selective, opportunistic, relativistic, politically congruent (“=”) quasi-religion (e.g. “ethics”), not limited to selective-child (i.e. wicked solution). Standing up to witch hunts, warlock trials, and protests. And, throughout, the American dream: Pro-Life, Liberty, and the pursuit of Happiness.

And Young Kim seems to be winning in California, recapturing an Orange County congressional seat.

Poll Workers Gave Sharpies to Voters In Trump Districts.
Sharpie Marks Do Not Read on Optical Scanners, So Thousands of Trump Votes Were Made Invisible.

Joe Biden brags about having

“the most extensive and inclusive VOTER FRAUD organization

in the history of American politics”

That alone means all DEMS should be thrown out now!

Cover of Vogue? Heck, we can’t even get our beautiful First Lady (Melania Trump) on the cover of Vogue. SCREW THEM.

Lovely ladies… equal in rights and complementary in Nature.

They will be the best kept secret in Washington after Sundowner’s criminal money laundering.

I really don’t care at all about their gender. Being women is no better or worse than if they were men.

Except to shove this whole gender thing back into their faces and underline their hypocrisy.

“If they didn’t vote for Biden, then they ain’t women”, Kamala Harris.

As the Sage Whoopie might say: these are not women women.

I was really hoping to see Anna Paulina Luna on that list, as well as Laura Loomer. No such luck.