WHO Warns Against Continuing COVID-19 Lockdowns: They Hurt the ‘Economically Vulnerable’

WHO Warns Against Continuing COVID-19 Lockdowns: They Hurt the ‘Economically Vulnerable’ 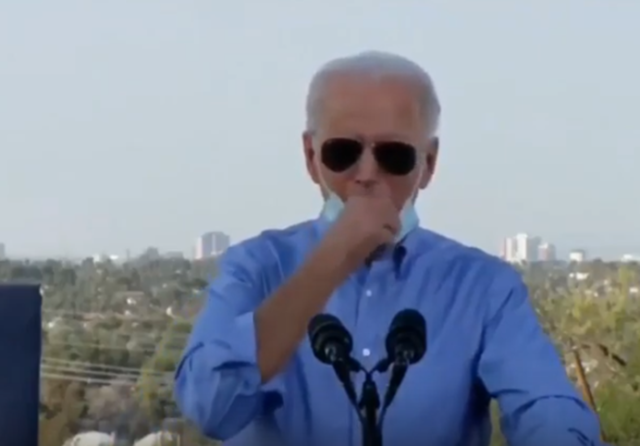 There have been extremely significant developments confirming that the “science” promoting lockdowns is more political than data-driven.

Last week, I reported that over 40,000 people, including over 4,000 epidemiologists, doctors, and public health professionals from around the world, signed the “Great Barrington Declaration” that urges nations to return to normal life as the battle against the COVID-19 pandemic continues.

Now, the World Health Organization (WHO) is warning world leaders against relying on COVID-19 lockdowns to control outbreaks…after previously saying countries should be careful how quickly they re-open.

WHO envoy Dr. David Nabarro said that such restrictive measures should only be treated as a last resort, the British magazine The Spectator reported in a video interview.

“We in the World Health Organization do not advocate lockdowns as the primary means of control of this virus,” Nabarro said.

“The only time we believe a lockdown is justified is to buy you time to reorganize, regroup, rebalance your resources, protect your health workers who are exhausted, but by and large, we’d rather not do it.”

In other words, after the curve was clearly flattened and as more treatment has become available (including Regeneron and Remdisivir that was used to treat President Donald Trump), protection of biologically vulnerable populations should have been implemented.

WHO’s Nabarro went into a detailed explanation of the impact continuing lockdowns have had on economically vulnerable populations.

Meanwhile, Europe and Latin America are bracing themselves for a second surge of coronavirus cases, which include plans for further restrictions.

Germany and Poland enforced new restrictions to fight the coronavirus Saturday, as the number of cases surged in Europe and breached 10 million in Latin America and the Caribbean.

Bars and restaurants are to close at 11:00 pm (2100 GMT) in Berlin until October 31 in a partial curfew, a measure already imposed—but starting an hour earlier—in the financial capital Frankfurt.

With more than 400 new cases daily in Berlin, the shutdown of the German capital’s legendary nightlife also covers all shops except pharmacies and petrol stations, although they will be banned from selling alcohol.

“This is not the time to party,” said Berlin mayor Michael Muller. “We can and we want to prevent another more severe confinement.”

Police said “several thousand” people marched through Berlin on Saturday in a silent protest against restrictions. Protesters also rallied in Rome, Warsaw and London against mask-wearing requirements and virus curbs.

I assert that countries should have remained open during the summer when sunlight and outdoor activities would have enhanced Vitamin D production in most people. Vitamin D intake seems to be a key factor in staving off the worst effects of COVID19, and countries around the world could be enjoying the near-normal routines like Sweden. Now, with winter looming ahead, there has clearly been a missed chance to build herd immunity during this season.

One final thought: Many national policies rely on mask mandates, which I noted are doomed to failure in a post last week. Here is an example of why such mandates aren’t effective:

Democratic vice presidential nominee Joe Biden was mocked on social media Friday for flouting basic hygiene rules, after a video went viral showing him pulling down his protective mask mid-speech in order to cough into his hand.

The video shows Biden speaking to an audience in Nevada, when he pauses to lower his mask and cough into his hand — a practice that spreads more germs than coughing into the facial covering or his elbow. Biden then used the same hand to reapply and adjust the mask to his face.

You can't make this up.

Joe Biden just removed his mask to cough in his hand.

So, believing Biden is going to win the election, WHO decides to give him the “scientific” rationale to re-open the economy?

Somebody theorized on Rush’s show that this is just WHO’s reaction to Trump cutting off the money.

So they miss the money and want to get back in Trump’s good favor?

Sorry for the downvote ,trying to hit reply.
The Who knows that the researchers have proven that countries that did not lockdown fared as well.as neighbors who did .

They knew a lot of what the Chinese were claiming wasn’t true, but that didn’t stop them from repeating it.

I don’t blame old Joe for doing that. Who wants to cough inside a mask and be inundated with all of that virus/germ-laden wet air? They’re unpleasant enough already.

The point of that joker mask is to keep from spreading the virus when you cough.

I realize that. I also realize that requiring everybody to wear them is idiotic, not justified by the “science”, and entirely a political ploy. Which is why I don’t blame old Joe for pulling it out of the way to cough, because he’s only demonstrating all of the above to anybody who pays attention. And who wants a face full of blowback just to be politically correct?

I want it, specifically for the faces of the politically correct.

The shutdown of the Global Economy was not simply to harm Trump’s chances for reelection. It was a means of destroying the widening populist movement throughout the world. What is happening now, is that the people have had enough of the draconian measures being employed to control them. Violent anti-lockdown demonstrations and movements are springing up all around the globe. There is a backlash building that will undo everything that the Establishment was trying to do. So, the answer is to remove one of the flashpoints, the lockdowns. This was always much larger than the USA.

True dat
Populist movements in France and dozens of European countries were decimated by lockdown orders.

It would appear the globalist elites think Joe 30330 is going to win. That’s or it’s finally sunk in that if people don’t work their tax money can’t be grifted to the PIGS at the tinhorn org.

Has to be a out for Sundowner Joe for after the election. Polling no doubt tells them it’s not popular but they could care less is my suspicion.

They have a couple of good songs, but they’re not the grateful dead… 🙂

I think it’s high time we start thinking about what kind of world we’re going to leave for Keith Richards….

Warden Newsom made it very clear to everyone that CA will be stubborn in going its own way. Absolutely refuses to explain how he will decide when to open the state. What happened to the Disney etal lawsuit?

But he had time to congratulate “the greatest basketball player of all time” on the NBA championship and reminded rioters to be mindful of the corona virus in their street celebrations. California’s real life “Lord of the Flies”.

Since we know that WHO pushes China’s Wuhan Virus and agenda, we need to ignore WHO, and only listen to experts we deem to have merit.

Even when they’re right, they’re wrong. The lockdowns should end. That much is obvious. But when the WHO starts making declarations based on economics, they’ve stepped outside of their purview. I don’t care what a “health organization” thinks about economics. They need to stay in their lane.

Germany and Poland enforced new restrictions to fight the coronavirus Saturday, as the number of cases surged in Europe

What these media cheerleaders for fear and lockdowns aren’t saying is that the number of cases is irrelevant. Look at hospitalizations and deaths. Those are flat and declining. They are not increasing with the “surge” of cases.