Western Kentucky University Has History of Ghosts and Hauntings

Western Kentucky University Has History of Ghosts and Hauntings

“Some people think that these are all in the past, but there are things that still continue to happen” 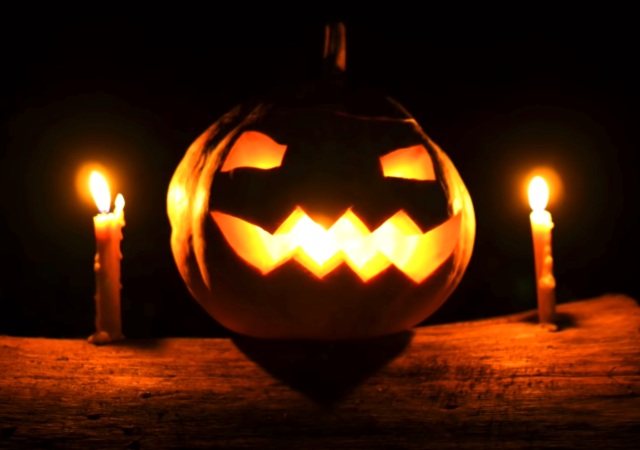 This will probably be my last ghost related quick take of the week. Happy Halloween, Legal Insurrection readers. Thanks for indulging me.

Haunting on the Hill: WKU’s history of ghosts and hauntings

Ghosts slipping through the in-between to make appearances to mortals is no new phenomenon — people have been reporting seeing spirits for hundreds of years. Spectors appear in photographs, objects are moved from their original places without being touched and sometimes the supernatural assails the natural in the form of a poltergeist.

If you look deep enough, each city or town has its own story. Likewise, many college campuses have their own tales.

Perhaps not as dramatic as the hauntings seen throughout cinema, WKU is no exception to having its own ghostly ties to the past. In fact, for Tamela Smith, AV manager of the WKU Communications Advisory Council, there are enough stories on campus to fill an entire book, which is precisely what she’s set out to do.

After 25 years of working for the university, Smith is writing a book and collecting stories from individuals in the WKU community.

“Some people think that these are all in the past, but there are things that still continue to happen,” Smith said. “We don’t have anything scary, there’s no threatening spirits or someplace where people are afraid of.”

Smith said that WKU’s hauntings are simple things: a door will close, a light will go on and off without reason.

Van Meter Hall is credited with being the most haunted building on campus, associated with an early 20th century story of a young man falling to his death through a skylight. Corroborated by an article published in the Courier-Journal on Sept. 3, 1918, the true story of the tragic death in Van Meter Hall tells of Henry Clegg, an Alabama-born student of the Bowling Green Business University, watching atop the building to catch the rare sight of an airplane passing overhead. Running to get a vantage point, Clegg fell through the skylight onto the stage below, dying soon after from a failed operation to save his life in St. Joseph’s Hospital.

This will probably be my last ghost related quick take of the week.

I’m with P.J. O’Rourke on this stuff—”I don’t believe in ghosts, but I’m Irish enough to be able to tell when none are around.”

However, Halloween has nothing to do with everyday apparitions, revenants, zombies, or troublemakers of the Pandæmonium. Those are like junk mail, dripping faucets, parking tickets or dog poop on your lawn—you may have to deal with them at any old time. Halloween is different. Not necessarily worse, but different. The normal barriers between two worlds are particularly weak several times a year, Hallows Eve being one such time, and odd stuff can easily pass between and cause all sorts of annoyance (all in good fun, though; we’re talking weird, not necessarily evil. Though their idea of “good fun” can be a bit more challenging than ours.) Actually, this other world isn’t a bad place to visit—at least the brochures look nice—but it’s different enough to land you in deep doodoo if you don’t know what you’re doing. In general, it’s wise to steer clear of any transient phenomena which are shaping up to be really peculiar.

Oh, and a tech tip—whatever its virtues in warding off normal everyday evil magic may be, silver affords little protection on Halloween. So silver bullets are Right Out. But—for convoluted historical, cultural and (probably) psychological reasons—iron alloys work a treat.

It’s the vigil of All Saints Day, which is followed by All Souls Day.

Scientists are catching up to God; they now know that time is a human construct and everything is happening at the same time, therefore the supposed ghosts, etc are here too, we just don’t usually encounter them.

It’s just all their Democrat Party administration and faculty…

Cognitive dissonance exerts a small but finite effect on the physical world. Great concentrations of it result in non-Newtonian phenomena.