“If there’s a bright center to the Unites States, you’re in the state that it’s farthest from.” 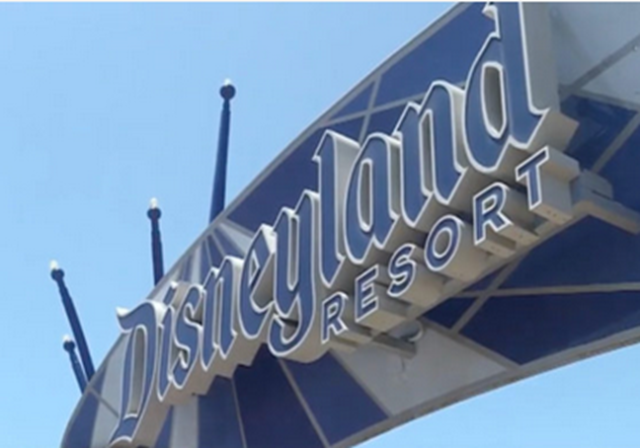 One activity I have planned for when the state opens back up is a trip to Disneyland. For me, a trip through the Haunted Mansion and a ride on the Pirates of the Caribbean lifts my heart and would be a great way to celebrate the end of the pandemic.

The executives running the Disney theme park and the employees working the attraction sense that others also feel the same. The employees and fans of Disneyland recently had a rally to encourage California Gov. Gavin Newsom to reopen the park.

A group of Disneyland employees and fans joined together on Saturday morning to hold a rally outside the shuttered Southern California theme park in an effort to urge Gov. Gavin Newsom to issue reopening guidance.

Around 8 a.m. a group of more than 20 showed up (wearing masks) with signs demanding Disneyland and Universal Studios Hollywood be allowed to reopen, video from local news coverage shows. Both destinations have been shuttered since mid-March due to the novel coronavirus pandemic. However, both parks’ shopping and dining districts have been opened since the summer, allowed under the state’s county case tier system. Downtown Disney has been immensely popular, parking for the district having been halted numerous times over the weekends to control the flow of visitors due to the decreased capacity allowance.

The battle to reopen the SoCal theme parks has been an ugly one, coming to a boiling point last month when Disney drew a line in the sand and essentially demanded Newsom offer a path to reopening. The governor did not budge. A week later, Disney announced it was laying off 28,000 employees (mostly from Disneyland, but also a portion from Disney World), and Disney chairman Bob Iger resigned from the state’s economic coronavirus task force.

Meanwhile, in Florida, Disney World is open for business…with no reported outbreaks associated with the park.

As tumultuous as the three months since the reopening have been, however, public health officials and Disney World’s unions say there have been no coronavirus outbreaks among workers or guests. So far, Disney’s wide-ranging safety measures appear to be working.

“We have no issues or concerns with the major theme parks at this point,” said Dr. Raul Pino, director of the Florida Department of Health in Orange County, which includes Disney World.

Disney declined to say how many Disney World employees had tested positive for the coronavirus since the resort reopened. In phone interviews, union leaders said cases had been minimal.

“We’ve had very few, and none, as far as we can tell, have been from work-related exposure,” said Eric Clinton, president of UNITE HERE Local 362, which represents roughly 8,000 attraction workers and custodians.

I will point out that one “expert” said the Disney World reopening was a “terrible idea” and “inviting disaster.”

Despite this success, Disneyland is still closed. California officials have just issued new “guidance”…allowing the large theme parks to reopen when their counties achieve the elusive “Tier 4” COVID19-Guideline rating.

“There is a path forward. We don’t know when, but we know how” the parks will reopen, said Dr. Mark Ghaly, the state’s secretary of Health and Human Services.

The protocols announced Tuesday allow a large park, defined as one with a capacity of more than 15,000 visitors, to reopen once coronavirus transmission in its home county has fallen enough for the county to reach Tier 4 — the state’s least-restrictive designation.

A small park, meanwhile, can welcome guests once its home county reaches Tier 3, the second-least-restrictive level.

Ghaly laid out some other restrictions, as well: All parks must sell tickets in advance to make contact tracing easier, and face coverings will be mandatory except when eating or drinking.

Large theme parks will be limited to 25% capacity.

Disney has attacked California Governor Newsom for his ‘arbitrary’ COVID guidelines that will keep Disneyland ‘shuttered for the foreseeable future’, after the state announced further delays to reopening large theme parks Tuesday.

‘We have proven that we can responsibly reopen, with science-based health and safety protocols strictly enforced at our theme park properties around the world,’ he said.

‘Nevertheless the State of California continues to ignore this fact, instead mandating arbitrary guidelines that it knows are unworkable and that hold us to a higher standard vastly different from other reopened businesses and state-operated facilities.

I might suggest that Disneyland’s executives and employees opt for less progressive politicians when they vote in the future.

In conclusion, California is the unhappiest place on Earth. In fact, as an homage to its newly opened Star Wars Attraction, I say: “If there’s a bright center to the United States, you’re in the state that it’s farthest from.”

All because of Newsome’s Mickey Mouse edicts.

notamemberofanyorganizedpolicital in reply to DSHornet. | October 21, 2020 at 7:23 pm

But you don’t cross the Rat and survive.

As Gov. Gruesome is about to find out.

Funny how Disney suddenly case when it hit their pocket but the people that serve adn supply Disney could pound sand. Time Disney moved to China.

In a time loooooong ago I used to work at Dizzyland while I was in college.

Big Mouse shall not be ignored!

Why is anyone not a MD on any task force in CA? I thought their response to the Commie Cough was all about the science.

They should move it to Texas or AZ.

We travel from Wa to Florida for theme parks rather than set foot in Commiefornia.

If you’re within a day’s drive, Silverwood in Idaho is a much better bang for your dollar than Disney or any of the theme parks.

Try Six Flags. The drive is shorter, the weather is better, and the political climate is far superior.

Just don’t get caught in the gang warfare crossfire if you mean the one out at the west end of the valley.

We don’t need a bunch of people coming to Texas who are dumb enough to elect Newsome.

It’s not just Disney either. Six Flags, Universal, Knotsberry Farm and all others are doomed to be closed to at least next July. There is no science involved and since Warden Newsom and Not-A Doctor Barbara Ferrer (LA County Health Commissioner) keep moving the goal posts on what would satisfy them for re-opening, there is no hope. They are just jerking is all around.

CA is doomed to be closed for at least another year and Pelosi, Inc. are demanding that the rest of America’s states bail them out. I’ll be gone long before this state opens again, if ever.

The only science that gruesome and company know is alchemy. I’m reminded of the Disney comedy, “The Gang that couldn’t shoot straight”, whenever I think about those states a under demonrat control.

Don’t care. Disney’s corporate leadership prides itself as being woker-than-thou. The People’s Democratic Republic of California is morphing into North Korea with better beaches.

Remember Lenin’s observation about hanging the capitalists? “They will buy us the rope and hire us to use it on them.”

This is really killing the Anaheim Convention Center events and the many hotels in the area. People would go to the trade shows then walk across the street to Disneyland. There are several major trade shows scheduled for Anaheim in Q1 – 2021. If these are cancelled, 1000’s will lose their jobs and the shows will never return to Anaheim.

I’m still in schadenfreude afterglow from when big Silicon Valley Oracle complained to SF that they were going to have to move their annual OpenWorld whoop-de-doo out of the city because of concerns about safety and fecal contagion… followed by an unnamed “major medical conference” and Spotify moving their entire HQ out of town.

I have zero sympathy for Disney. Disney is at the vanguard of wacko progressivism, and should rightfully bear the brunt of its every one of its consequences.

Frontierland needs to be torn down, as a monument to ethnic genocide and colonial racism.

What are they gonna do, vote Republican?

Hard to feel sorry for a company in bed with the left. Getting the politicians they paid for but like politicians the world over once they gain power it’s Katy bar the door. So sad politicians aren’t doing as told by their buyers. Just kidding.
I hope governor gruesome keeps them closed for at least until January. Nothing like missing the Christmas, oops, holiday season.

Disney among others helped put the Dems in charge. Reap what you’ve sown.

I guess Disneyland shouldn’t open until there is a perfect vaccine, and everyone has taken it.
We always close it in flu season, don’t we? There is a vaccine that’s very good for the previous year’s flu but lousy for this years.