“We wish him well in all his future endeavors.” 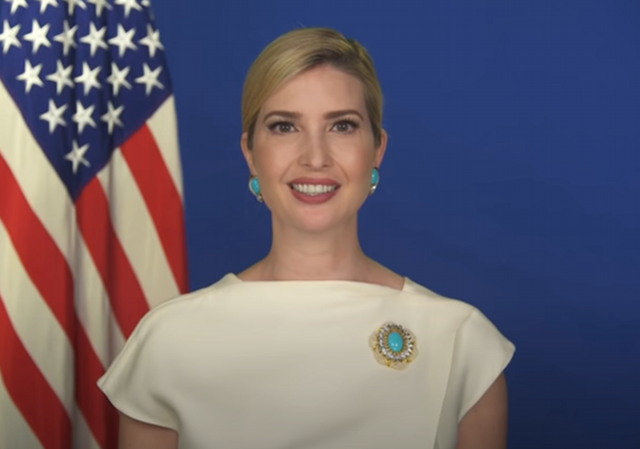 No clear reason has been given for the resignation, but some donors to the university were apparently very angry with his decision to cancel Ivanka.

A state university president in Kansas whose decision in June to cancel a virtual speech by Ivanka Trump angered donors and others resigned Friday, after less than a year in the job.

The Board of Regents, which oversees Kansas’ higher education system, did not say why Wichita State University President Jay Golden stepped down, offering no details on what led up to it. The university received national attention — and plenty of criticism — for dropping a virtual speech by President Donald Trump’s elder daughter for its technical school graduation.

“The Board is thankful for his service,” a statement from Bill Feuerborn, the regents’ chairman, said. “We are appreciative of his hard work and dedication to the university and are grateful for his commitment to serving students. We wish him well in all his future endeavors.”

Wichita State referred questions to a Board of Regents spokesman who did not return a telephone message from The Associated Press. A home phone number for Golden could not be found.

Regent Jon Rolph, a Wichita restaurateur, told The Wichita Eagle that Golden’s resignation was not related to the Ivanka Trump controversy.

“Being a part of the conversations around accepting Jay’s resignation today, that was clear,” he said.

We can believe as much of that as credulity allows, right?

Local rule of thumb here in Kansas – what is reported in The Wichita Eagle is a pack of lies.

I believe that canceling Ivanka was not the cause of his resignation. The left – which runs academia – approves of petty little moves like that.

So, what scandals has this guy been involved in? Sex trafficking? Fraud? Enquiring minds are mildly curious.

Going to Fantasy Island with Slick Willie and Jeff Epstein? Nah, that would be OK with the Socialist/Communist Party members in academe as long as Slick was there.

I’d ask Koch Industries. They’re about a mile east of WSU campus and they give a ton of donations. Koch Arena is where Shocker Basketball is played.

KARMA has a way of coming up and biting you on the ASS!

Let’s be clear. The President of Wichita State reports to a centralized Board of Regents, rather than a Board for his particular campus. To a certain extent, he is reponsible for fundraising for his campus and to keep his academic ship from crashing into the shoals. The questions to ask are: 1) who invited Ivanka in the first place, 2) who participated in making the decision to cancel her speech? and 3) who was unhappy with that second decision? It could be that the unhappy people were concerned about how decisions were being made on campus, regardless of whether Ivanka ended up speaking or not.