Grad Student Who Lied About Being Black Resigns From Teaching Position

Grad Student Who Lied About Being Black Resigns From Teaching Position 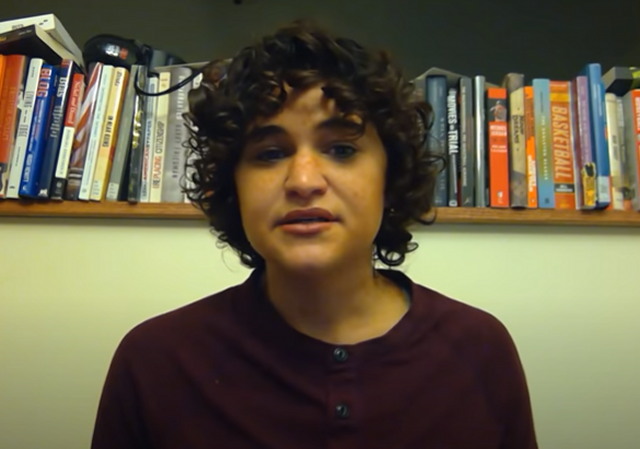 This is an update to a story we ran recently. This seems to keep happening and no one knows why.

A graduate student at the University of Wisconsin-Madison has apologized and resigned from their teaching job and worker’s union leadership position after years of embracing “lies” about their racial identity.

CV Vitolo-Haddad, who uses the non-binary pronouns “they” and “them,” admitted that they are actually Southern Italian and Sicilian — not black or Latino, which are both labels they accepted when peers allegedly assumed they were a person of color.

“When asked if I identify as black, my answer should have always been ‘No,’ ” Vitolo-Haddad wrote Sept. 8 in the second of two confessions on Medium. “There were three separate instances I said otherwise.”

“I have let guesses about my ancestry become answers I wanted but couldn’t prove,” Vitolo-Haddad previously said in an apology published Sept. 6 on Medium. “I have let people make assumptions when I should have corrected them.”

In the second missive, Vitolo-Haddad added, “I want to apologize for ever taking lies about Cuban roots at face value, and for subsequently attaching myself to people’s perceptions of me as though it would provide answers where there are none.”

Vitolo-Haddad, who has railed against conservatives’ views about race, declined an interview with the Wisconsin State Journal, which first reported the story on Saturday. However, in a series of text messages, Vitolo-Haddad told reporters, “I repeated things I heard growing up from my family that I now know to be lies. I am so sorry. I take full responsibility for spreading these lies and am deeply sorry.”

And what’s with using “my”? Two problems. First, this person claims to be plural. Second, “they” are good leftists who abhor private property, so “my” should never be uttered.

They should have said “We have let guesses about our ancestry become answers we wanted but couldn’t prove”.

Or perhaps they is just nuts and they should keep their trap shut.

At a university where they claim to be “equal opportunity,” it should not matter what race a person identifies as. All people should be treated alike. The fact that some white people claim to be black or native American shows that there are advantages to those ancestries. One wonders whether Pocahontas Lizzie would have gotten her job at Harvard if she hadn’t claimed to be Cherokee.

Or maybe they already feel that way. I have to laugh at the videos of fat white Antifa chicks cussing at Black cops and telling them how Black people should behave.

Her ancestors are from Sicily. It is probable that farther back, she has ancestors from North Africa and, perhaps, sub-Saharan Africa.
She should have had. a DNA test first.

“When asked if I identify as black, my answer should have always been ‘No,’ ” Vitolo-Haddad wrote

I must have missed a memo somewhere. I thought the whole point of this “identifying” stuff was that one could identify as any old thing, and the more ridiculous, the better. “Should” wouldn’t enter into it.

Oldprof. Some of the fuss about Jessica Krug referred to various goodies she got which should have gone to actual blacks, or black women. The latter were cheated out of them. From which one deduces they were advantages solely for black people.