“raising additional concerns about vulnerability to groupthink and blind spots” 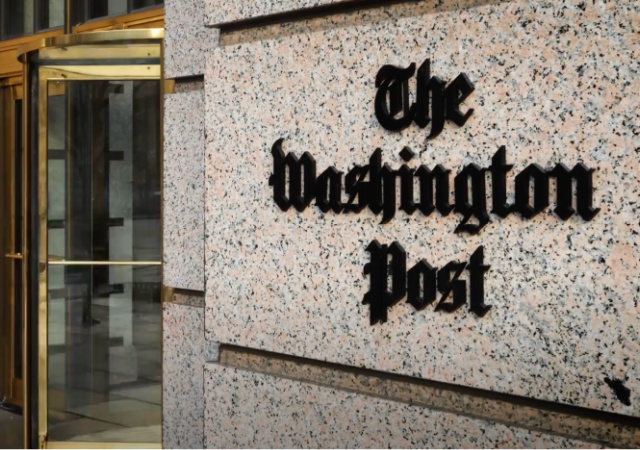 During the 2008 presidential election, a journalist-only list serve called ‘Journolist’ was exposed. In this online environment, left-leaning journalists were discussing the formation of narratives which supported Democrats and damaged Republicans.

A new study has found that little has changed since then, and it seems Twitter is the new Journolist.

A new study of Twitter use by reporters based in Washington, D.C. finds that those journalists might be “more insular than previously thought.”

The study found that by observing the reporters interactions on the social media site those journalists congregate in even smaller “microbubbles,” according to the University of Illinois News in a piece published Wednesday.

The study looked at the online conversations of more than 2,000 D.C.-based journalists and found that Beltway journalism “may be even more insular than previously thought,” study authors Nikki Usher and Yee Man Margaret Ng shared.

Is anyone surprised by this?

A new study of Twitter use by D.C.-based journalists shows they’re “isolated from the broader public, talking too much to each other” https://t.co/GOkvMGjuBu pic.twitter.com/HjNIUflowh

Here’s more from the study, University of Illinois article by Craig Chamberlain:

Journalists’ Twitter use shows them talking within smaller bubbles

Journalists in Washington, D.C., have long been accused of living in a “Beltway bubble,” isolated from the broader public, talking too much to each other.

Their interactions on Twitter, however, show them congregating in even smaller “microbubbles,” says a recent study. The journalists within each communicate more among themselves than with journalists outside the group.

Their “elite/legacy” cluster was the largest, including about 30% of the journalists covered in the study, with The Washington Post, NBC News, NPR and The New York Times among the major newsrooms represented.

This apparent progressive ‘cool kids club’ explains why so many of these journalists always land on the same side of any given issue, and why so many of them sometimes get something completely wrong, like the story of the Covington Catholic School kids.

If you have the time, I recommend watching Tim Pool’s analysis of this. It’s entertaining, and he is not as kind as I was:

Since they’re not performing their purported function, can we just shut off their megaphone and get on with our lives?

If you want to shut down the echo chamber media; turn off Twitter. Turn off professional and college sports. Turn off ESPN. Turn off your satellite and cable. And definitely turn off all-things Disney.

We haven’t called it the beltway (a derogatory term)for decades because the fool traveled out since it.

Study finds birds of a feather flock together.

No. This isn’t quite right. Some points.

1. Of course people talk to their colleagues, especially during the part of the day when they’re doing their jobs. So what?

2. BUT liberalism is defined by group think. It is the ideology of the collective. What would you expect on any platform liberals use except that there would be bubbles?

2b. More important to me is the content of those bubbles. Truth, or even concern for the truth, is not among them.

3. I got a real laugh out of the line that D.C. journalists may be “more insular” than previously thought, followed by an article confirming exactly what a lot of us already thought.

The only people surprised by this would be DC journalists, who won’t hear about it in their bubble.

Where would we be without studies?

Without studies we would never know whether things that seem obvious to us are actually true or just the result of our prejudices. It’s nice when we get confirmation that our prejudices are well-tuned; it’s also useful to find out when they’re not, so we can tune them better.

Well of course they do. For the most part, they’re douche bags that nobody else WANTS to talk to. The real question isn’t who they talk to but rather why anyone listens to them.

how much taxpayer money was spent to confirm what we already knew?
Those grant writers need work just like everyone else.

After all, they’re the only people worth talking to, aren’t they? /s/

It’s probably more than journalists. Still, for journalists, it’s not a good thing and helps show why they are so very out of touch and wrong, yet believe they are most knowing.

As the former Premier (aka. Governor) of Alberta, the late Ralph Klein, said, it’s Dome Disease.

SHOCKING NEWS FROM THE WORLD OF SCIENCE.

I mean this has been true for literally decades. Arguably the most famous quote is during literally the biggest election landslide in 100 years, the idiot claiming “But I don’t know anybody that voted for Reagan!”

There are 400 million guns in civilian ownership in America. The top 5 selling vehicles are ALL trucks.

If you don’t know a single person that owns either a gun or a truck, you are in a bubble.

That was Pauline Kael, 12 years before Reagan’s landslide, and she was no idiot. Her whole point was, explicitly, that she lived in “a rather special world”, in which despite knowing that she must be surrounded by Nixon voters she knew only one.

If you don’t know a single person that owns either a gun or a truck, you are in a bubble.

Not true. Those gun and truck owners are not evenly distributed. There are vast areas of the country where there are almost none, and others where there’s almost nobody who doesn’t own both. Would you say that if you don’t know any able-bodied adult who owns neither a gun nor a truck you’re in a bubble? I wouldn’t.

Pauline Kael’s point was that Nixon got nearly 60% of the vote in her state, and even in Manhattan where she lived he got a third of the vote, so the fact that she knew only one person who had voted for him could not be explained by mere geography.

During the Great Recession of 2008, DC never felt the pain of economic contraction .. until the “Sequestration”.

Excellent confirmation of one of the devices blinding our enemies and driving them mad.

Yet another reason why federal agencies should be spread throughout the country.

It’s quite stunning. Their readers are in the same bubble: some of the most intelligent, successful people I know are the biggest ignoramuses when it comes to knowing what’s going on outside of they’re spoon-fed by XiNN, etc.

The explanation is simple: they’re narcissists, who want to enjoy being told how brilliant they are by XiNN when they repeat XiNN’s bullshit.

We can no longer afford any RINOs – not a single one.

There are journalists that maybe attended masters programs at different universities,, Columbia had a journalism School,, I had friends there, back in the day.. Good people, serious people.

Now, the real journalists are a different breed… Some are here, HT to the LI writers.. Some are on other websites.. Journalism has morphed into something else. The old school liars will be shed, like a snake skin.. At least I hope so.

After the war, German newspaper editor and publisher Julius Streicher tried defending himself in front of the tribunal at Nuremberg stating that he was only a simple newspaperman trying to eke out a living putting newsprint to newspaper, the he never once put pistol to the head of a helpless prisoner, nor did he ever pour the contents of a canister of Zyklon B down the open ceiling portal of a room holding a thousand helpless prisoners below. The judges at Nuremberg ordered his sentence carried out as decided, there was once a time in history when journOlists were held accountable

The Nuremberg Tribunals were not courts of justice, and nothing they did set any sort of precedent. They knowingly included “judges” who were no better than the “accused”, and what they dispensed was not justice but was simply the conquerors using the conquered for propaganda.

That the victims of this play were disgusting people who deserved everything they got doesn’t change that. It means we needn’t lose any sleep or shed any tears over it, but it doesn’t change what was done into something to be looked up to and copied.

It’s more like the Psalmist addressing “Plundered Babylon” and cheering the prospect that sooner or later some monster just like her would come along and treat her as she had treated the Jews. Or as Hillel said to the floating skull, “You were drowned because you drowned others, and in the end those who drowned you will also drown”.

The study should surprise nobody. The only problem I have with it, and most of the comments here, and even Mike’s write-up, is that these clowns are called ‘journalists.’ They aren’t journalists. They’re Democrat activists. Everyone knows it. We need to all start labeling them as what they are.

I dunno. Best I can make out, journalism is the discipline of journalizing.

Teenage girls with diaries can therefore be considered journalists.

The respectable profession of reporting news is carried out by news reporters.

There’s nothing respectable about “journalism” or “news reporting”. It’s not a profession, it’s a trade, and historically quite a dirty one. That reporters rake figurative rather than literal muck doesn’t make them more respectable. And it has never been otherwise.

Now, let’s do the study on teachers and professors…

I think it was the 1988 election where even the networks admitted that most of the convention coverage was just journalists interviewing each other.

Today’s broadcasts are still very much that: just a bunch of J-school grads talking over each other, with maybe the occasional clip of an “expert” thrown in — at which point the J-schoolers resume their conversation.