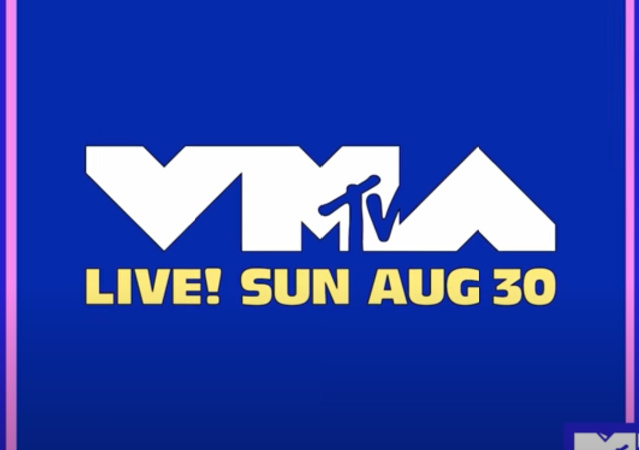 People from 34 states must quarantine themselves for 14 days if enter New York.

That rule only applies to commoners, though. The Department of Health gave musicians from those 34 states a pass on the mandatory quarantine to attend MTV’s Video Music Awards.

Gov. Andrew Cuomo’s executive order states those who violate it may face a $10,000 fine or up to 15 days in jail.

NYPD’s TV/Movie unit will attend the event this week to make sure “performers and their entourages are wearing masks and staying socially distant.”

Lady Gaga, Ariana Grande, Miley Cyrus and many others are set to perform at various outdoor locations “with limited or no audience” on Sunday, Aug. 30. The show’s original location at Barclays Arena was dropped due to COVID-19 concerns.

“The Mayor’s Office of Media and Entertainment and Citywide Events is working in close coordination with the production to ensure guidelines are being followed,” a City Hall spokesperson said, adding that the NYPD unit will be doing “compliance checks during the production.”

Cuomo’s spokeswoman said that the performers may take part in the VMAs, “but they will only interact with other members of the cast and crew and will quarantine when not working.”

MTV agreed to instill “rigorous safety protocols including testing and screening and compliance checks by a special compliance officer.”

Others found another way around the rule since it does not apply to those who visit New York for less than 24 hours:

Kanye West flew into Teterboro Airport, N.J., on Thursday, then headed into Manhattan, where he pulled over on the West Side Highway to switch vehicles, and visited an art gallery in Chelsea, The Post reported.

Later that day, he headed back through the Lincoln Tunnel to catch another flight.

Wow. Traveling from out-of-state. And they’ll be singing?

Because I was told that it was essential to shut down all church services because of the extra-special mortal danger posed by people singing.

You’re more than right. The left is now trying to put the sin in singing in church.

Why not? They already have found ways of banning individual pray at nursing homes and small church gatherings at home.

And it all started with banning pray in school.

Wearing masks will make it easier for them to lip-sync.

NYC is just copying DC and the canonization of a black democratic congressman.

No quarantines for out of state visitors, jam next to one another in a packed church, sing or say whatever you want. and none of our government’s health experts said a thing.

Fauci and friends won’t criticize NY for the VMI’s either. They wouldn’t want the MSM to stop praising them for destroying the lives of tens of millions of innocent American people.

Tell that to the people with badges and guns.

Are the people with badges and guns actually enforcing this nonsense?

You should see the knot-tying going on in DC by people from the mayor down to regular citizens who are OK with the mass protest scheduled for Friday (they’ll be wearing masks, it’s outside, the previous protests didn’t cause mass spread), but who at the same time have a canary if people are standing outside at bars, standing too close together indoors, mask or no mask, or dare to go one of the few museums that are open or the National Zoo, even though they’re all doing timed tickets for crowd control.

Plus DC also has a 14-day quarantine “requirement” for people coming from 30 different states, which is obviously going to be ignored on Friday.

“The last decade has seen an alarming spike in the number of educators and professors who argue that Western math is a racist construct designed to keep black and brown people under foot, that empiricism and the scientific method are inseparable from colonialism and white supremacy, and that an emphasis on individualism, truth, and liberty is the toxic byproduct of systemic racial discrimination. Recently, a Black Lives Matter-supporting graduate student at Rutgers University named Brittany Marshall took to Twitter to insist that 2 + 2 = 4 only because of “western imperialism.” Marshall’s tweet went viral during a heated discussion about racism: “Nope the idea of 2 + 2 equaling 4 is cultural and because of western imperialism, we think of it as the only way of knowing.” Marshall lists her occupation as “teacher, scholar, and social justice change agent.” Her bizarre statement is yet another example of the destructive ideology of “intersectionality,” a pseudo-intellectual concept pushed in universities that argues that when competing progressive ideologies clash — as in the case of feminism and transgenderism — both should unite, projecting their differences back onto the white racist culture that alone is responsible for all discrimination. Effectively, intersectionality is an anti-intellectual “get out of jail free card” for progressives when it comes to having to defend their beliefs in logically credible and consistent ways.”

Show of hands, folks! Who wants to fly in an airplane or drive across a bridge designed and built by engineers who were trained to believe mathematics is a racist construct?

There are people who maintain that using a period to end a sentence is a sign of being emotionally harsh. Leaving the period off at the end of a sentence is softer, and therefore gentler and more polite.

All of this crap comes from substantial numbers of people who are ill-educated. When they find out that people do not accept their ineptitude, they declare those people “intolerant.”

Somebody is deliberately creating a version of the Khmer Rouge. If they get what they want, they will eventually murder people for being well-spoken.

hopefully they will be staying at a hotel that had the homeless booted from recently.

On the topic of hypocrisy: Hillary! urges Biden not to concede if Trump wins in November.

The Communists are pushing civil war because they are convinced they have the firepower to crush the necks of the Deplorables.

Well sure, ‘important’ people can’t be extended to comply with the inconvenient and time wasting rules as the ‘little’ people.

Just like ‘climate change’. You and I must have our options narrowed to smaller homes, smaller vehicle, low flow plumbing fixtures ect. The ‘important’ people get to fly fuel hogging private jets onto private fields, reside in homes with 3 times or more the square footage of the average which are located within walled and gated areas, drive multiple cars and trucks.

Now if these ‘important’ people were not constantly lecturing us on what we but not they, should do to live virtuous lives while simultaneously declaring we are irredeemably racist, clasist, homophobic, intolerant, bigoted, rubes who bitterly cling to guns and religion then I would be happy to ignore them.

Unfortunately, for them, they decided to make us care. So in 2016 they got Trump. In 2020 they are due for another dose.

The more complex n dynamic the “rules” the more advantage to the connected n well-provisioned. That’s not a bug, it’s a feature.

I don’t know why they have to travel if they are just phoning it in so to speak.

Hmmm… first, the virus knows who is a protester fighting for the right to return to work and one who wants to topple statues and set buildings on fire. Now, it knows the level of musical talent and competence of certain people. This is one smart as hell virus.