ViacomCBS ‘Terminating Its Relationship’ With Nick Cannon After Anti-Semitic Comments

ViacomCBS ‘Terminating Its Relationship’ With Nick Cannon After Anti-Semitic Comments

Cannon was cancelled despite expressing an eagerness to sit down and talk to rabbis who contacted him about his remarks. He wants to be educated and “help further this conversation.” 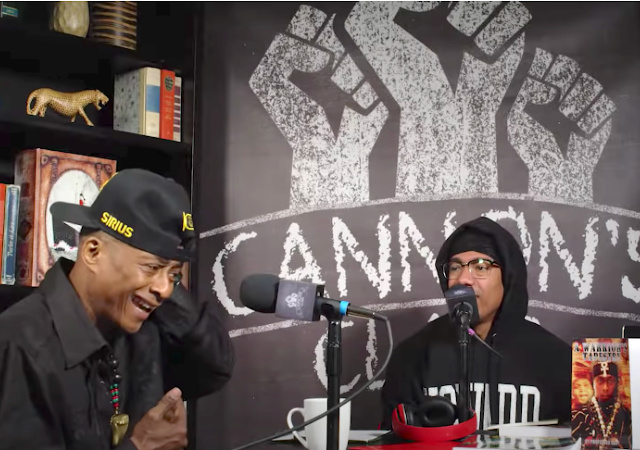 ViacomCBS dropped Nick Cannon after he tried to spread anti-Semitic conspiracies on his podcast. The company said it “troubled” them because he “failed to acknowledge or apologize” for his actions.

However, Cannon told Fast Company that he “can’t wait to sit down with” rabbis who contacted him about his remarks. He wants them to educate him and have an open dialogue about the topic. Cancelling him ends the chance to educate not just Cannon, but his large audience.

Cannon hosts The Masked Singer on Fox. He has a show on E!, which is under NBCUniversal, called Celebrity Call Center.

Fox and NBCUniversal have not released any statement about Cannon.

Cannon came under scrutiny this weekend when he reposted a video he filmed last year with Richard Griffin.

Griffin, aka Professor Griffin, belonged to the group Public Enemy in the 1980s. The group ousted him later in the decade after he made anti-Semitic remarks in numerous interviews.

Cannon brought up those interviews:

In the reposted video with Cannon, the TV host praised Griffin for having “the most substance and weight in speaking unapologetically… and you stuck to your guns.”

In the video with Cannon, Griffin attempted to distance himself from the comments that got him fired from Public Enemy — “they put that on me… I never said these things.” In a 1989 interview with The Washington Times, Griffin said: “The Jews are wicked. And we can prove this,” and said that Jews are responsible for “the majority of wickedness that goes on across the globe.” Griffin told Cannon that during that now-infamous interview, he was merely “speaking facts” about who controls the music industry. “I’m hated now because I told the truth,” he recalled of his dismissal in 1989, repeatedly referencing “the Cohens and the Moskowitzes.”

Cannon later referenced “going as deep as the Rothschilds, centralized banking, the 13 families, the bloodlines that control everything even outside of America.” Cannon claimed that when people understand who the real Jewish people are, “it’s never hate speech, you can’t be antisemitic when we are the semitic people. When we are the same people who they want to be. That’s our birthright.” He later added that “we are the true Hebrews.”

Cannon also spoke about “giving too much power to the ‘they’ — and then the ‘they’ turns into the Illuminati, the Zionists, the Rothschilds.”

Cannon has praised Farrakhan repeatedly on his YouTube show, saying that “every time I’ve heard him speak, it’s positive, it’s powerful, it’s uplifting… for whatever reason, he’s been demonized.”

He alleged “that people who lack sufficient melanin are ‘a little less.'” Cannon believes that people who do not have dark skin come with a “deficiency,” which has “forced them to act out of fear and commit acts of violence to survive.”

“They had to be savages,” Cannon stressed.

He even admitted the “they” include “Jewish people, white people, Europeans.”

On Monday, Cannon tweeted out a response, but it was not an apology:

Anyone who knows me knows that I have no hate in my heart nor malice intentions. I do not condone hate speech nor the spread of hateful rhetoric. We are living in a time when it is more important than ever to promote unity and understanding.

Until then, I hold myself accountable for this moment and take full responsibility because My intentions are only to show that as a beautiful human species we have way more commonalities than differences, So let’s embrace those as well as each other. We All Family!??

Cannon received backlash for the non-apology. He told Fast Company:

“To me apologies are empty. Are you forcing me to say the words ‘I’m sorry’? Are you making me bow down, ’cause then again, that would be perpetuating that same rhetoric that we’re trying to get away from,” Cannon says. “What we need is healing. What we need is discussion. Correct me. I don’t tell my children to say, ‘I’m sorry.’ I want them to understand where they need to be corrected. And then that’s how we grow.”

“You can say sorry in as many different languages as you want to, and it means nothing,” Cannon continues. “But until someone truly understands where they may have been wrong or where they may have offended someone, then that’s where growth occurs.”

Cannon also said that rabbis contacted him after the podcast came out. He expressed an eagerness to have them on his show. I have to say I like his response:

“My podcast is specifically an academic podcast to have tough and difficult conversations based off of text. And if we read something and something’s not accurate, let’s do away with it,” Cannon says. “I can’t wait to sit down with some people that can help educate me and help further this conversation. I want to be corrected.”

If Cannon truly doesn’t understand why his remarks and views are anti-Semitic, he needs to learn the truth. Most people double down or brush aside the criticism.

Cancel culture sucks because no one will ever learn if we cancel people instead of furthering the dialogue. I am glad that Cannon did not double down and instead wants to learn. He also wants others to learn from the rabbis and others.

One one hand, I am against cancel culture. It is not cancelling him that will advance dialog and truth, but debating him.

On the other hand, I can’t help but somewhat enjoy the fact that the left is starting to get a taste of their own medicine.

Of course, I give more, more weight to dialog and debate and truth. Do I?

Cancel everything. Erase everything. Start over from a completely blank slate. Even women are not women and men are not men. You will be told what is what, which is which, and who is who. Obey, and you may live, perhaps, another day.

Gee, he sounds like a nice and reasonable fellow.

Not quite….I don’t agree with cancelling him, but I won’t commend him for anything he says (I’m sorry can be hollow, but other useless words can be as well).

He’s a hateful little wanker and always has been. He’s hidden under that “nice and reasonable fellow” charm for awhile now, like when he was on America’s Got Talent. When he couldn’t take it any more though, he finally got himself cancelled by calling out NBC for lack of POC employees.

I was being facetious when I called him a “nice and reasonable fellow.” He’s a vile, racist little asshole.

I totally got that. Sorry, I borrowed your obviously sarcastic line while talking about the tone of the article, and I wasn’t clear on that.

No Nick needed to be cancelled… After he hosted Claira Janover over her Tik Tok Vid on Stabbing anyone that says “All Lives Matter” and trying to maker her look like the victim instead a Stupid Harvard Communist Brat she was… The Cancel Culture need to taste what they’re pushing!

Progressives, SJW, BLM, Antifa and the rest of those clowns have been pushing cancel culture and silencing anyone they disagree with, so I say you get what you put out. Cannibalism is a common trait of these groups so let them eat their own. You should always be held to your own standards, and these are their standards. Nothing is going to change his views. He’s a bigot and racist and he’s fine being that way.

I’m not seeing a lot of hate there. I’m seeing outright incoherence.

Same with DeSean Jackson.
These attempts at dialogue never seem to create a “learning moment” beyond the original transgressors.

This. It’s just all the usual Illuminati conspiracy theory gibberish combined with the Black Hebrew nonsense and whatever other silly conspiracy theories tend to float around in conjunction.

”Cancel culture sucks because no one will ever learn if we cancel people instead of furthering the dialogue. I am glad that Cannon did not double down and instead wants to learn…”

Is that how low the bar is today? What is it exactly that he needs to learn at his age? Is there any possible justification not to understand that it is wrong to disparage a group of people because of their race or their religion?

So let’s say he has this meeting with a group of Rabbis and he learn not to be mean and say hurtful things about Jewish people…is he “educated” or will he be back on the same place again if he offends someone else in the future? Does he learns that he doesn’t say mean things about anyone, no matter race or religion? We’re not talking rocket science here…

Another thing: Was Cannon actually cancelled by cancel culture?

This article doesn’t cover social media backlash that led to him being dropped. From the way the info is presented here, this seems more like a business making a decision not to keep an employee without outside influence from a social media cancel mob.

One thing I learned by watching the english-language side of the debates at The Sandmonkey is that there is a whole constellation of “historical” references spread by some preachers, and these preachers are often ignorant demagogues.

The Nation of Islam, and Louis Farrakhan, participate. Rev. Wright did, too. There are some ghastly scandals pushed by those guys, with ghastly results.

So why not air the lies, and let the rabbis call them out?

You don’t get rid of a bad idea by suppressing it: you can get rid of it by laying it out in all its glory, pointing, and giggling.

George Soros should be hunted down and killed like bin Laden.

Note he got canceled only for his anti-Semitic comments. His racist theories about how whites are like animals go unremarked in both Viacom’s press release regarding his firing and in media coverage generally of the situation.

The Dank [email protected]
Jul 14
I thought for sure that changing the syrup bottle would work.

He realized too late he liked that nice check from his enablers in the left-wing media. Who knew it was possible to go too far?