Associated Press Will Capitalize Black, But Not White Since They Haven’t Faced Discrimination Due to Skin Color

Associated Press Will Capitalize Black, But Not White Since They Haven’t Faced Discrimination Due to Skin Color

Change all the things! 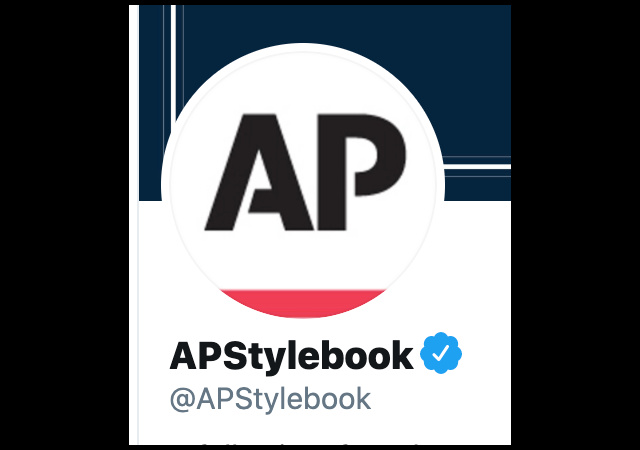 The Associated Press decided last month to capitalize the word “Black” when writing about race and culture.

On Monday, the AP chose not to capitalize the word “white” because “white people in general have much less shared history and culture, and don’t have the experience of being discriminated against because of skin color.”

I am at a loss for words. It takes a lot to make me speechless:

In some ways, the decision over “white” has been more ticklish. The National Association of Black Journalists and some Black scholars have said white should be capitalized, too.

“We agree that white people’s skin color plays into systemic inequalities and injustices, and we want our journalism to robustly explore these problems,” John Daniszewski, the AP’s vice president for standards, said in a memo to staff Monday. “But capitalizing the term white, as is done by white supremacists, risks subtly conveying legitimacy to such beliefs.”

If you’re going to assume I’m trying to legitimize white supremacy because I capitalize the word white then you are an ass.

The New York Times said it would not capitalize white because we don’t “represent a shared culture and history in the way Black does.”

The National Association of Black Journalists wants white capitalized. CBS News, Fox News, and The San Diego Union-Tribune all decided to capitalize white, “noting it was consistent with Black, Asian, Latino and other ethnic groups.” CBS News will not capitalize it when reporting about “white supremacists, white nationalists or white privilege.”

New York University philosophy professor Kwame Anthony Appiah said “capitalizing white would take power away from racists, since their similar use ‘would no longer be a provocative defiance of the norm.'”

University of Chicago sociologist of race and education Eve Ewing believes not capitalizing white is anti-Black since it makes it seem like white is the default race.

Does anyone else think people are thinking way too hard about this topic? My head hurts.

Are they going to capitalize Gay, Queer, Lesbian, Bisexual, and Homosexual? Will straight and heterosexual remain lower case?

scooterjay in reply to notamemberofanyorganizedpolicital. | July 20, 2020 at 3:06 pm

I think it means “Allahpundit”

notamemberofanyorganizedpolicital in reply to scooterjay. | July 20, 2020 at 3:10 pm

Oversoul Of Dusk in reply to notamemberofanyorganizedpolicital. | July 20, 2020 at 4:10 pm

Why haven’t we abandoned race? It would make sense, seeing how we should focus on the content of character.

The same reason they normalize not the first choice, not the second, not the third, not the fourth, but Pro-Choice/Planned Parenthood… keep women barefoot, available, and taxable.

“Why haven’t we abandoned race?”

At this point blacks think they are going to get more free stuff out of Whites (screw AP).

AP needs to try harder If they want to get me angry. If I see AP In the byline I usually skip the article.

Whites “don’t have the experience of being discriminated against because of skin color.”

I’m laughing (really LOLing) because that’s exactly what’s happening here. The new, Orwellian definition of racism, if not stopped, will lead to things far worse than we’re seeing now. Gee, the silver lining is that in 400 years the AP can capitalize White and we can start this irrational BS all over again.

Is it black or Black hole… whore h/t NAACP

The diversity – class-based judgments and labels — racket is socially, financially, and politically profitable.

So they get the capitalized first letter?

If that’s the reparations deal, I’m on board.

Well, that, and unprecedented sacrifice of blood (around 600,000 deplorable lives) and treasure to end slavery and confront diversity in all its shades.

If blacks would look at and learn from how Asians, Jews and Whites conduct themselves, and how they rear children, much of the differences in outcome would go away.

That will not compensate for lower IQ, but it will help them achieve their full potential. That is all any of us can do.

Elizabeth Warren got a job in part by pretending not to be white, but we’re not to assume she had a rational, if evil and dishonest, reason for the lie.

AP will have no effect on me one way or another.

Further, I will go to extra lengths to avoid anything AP to include feeds, stories or other useless clutter…

Since the deaths of the KKK and Bobby Byrd the only reason the term white is applied to a population is to deem them. Asians become white to keep them out of college. An Hispanic George Zimmerman becomes white to smear him as a murderer.

Tell the truth and don’t ever apologize for it.

BLM is an organization of black criminals attempting to force the police to leave them alone when their working. Working at robbing, raping, assaulting, dealing, pimping, rioting, looting or killing.

My feelings are hurt. I think I’ll go out and smash some store windows. Or something.

I enjoy reading your comments…succinct!

Is that Aunt Jam Ima?

Let’s just CAPITALIZE every word and be done with it or culturally appropriate German grammar and capitalize all nouns?

When will this insanity ever end?

i PLaN TO ranDOMLy CapiTALIzE LetTErs. anyoNe WHO FAIls tO FoLlOW mY exampLE IS a rAcist!!

notamemberofanyorganizedpolicital in reply to Recovering Lutheran. | July 20, 2020 at 10:09 pm

Hey! You just got endorsements from the BLM &.AP……..

Aren’t most Jews white? I guess they have much less shared history and culture and don’t have the experience of being discriminated against.

Only because Al Sharpton, being from New York, where someone called Zimmerman is likely to be Jewish, jumped to the conclusion that Trayvon Martin’s victim/killer was a Jew. If Sharpton had been from the Midwest, where most Zimmermans (like George’s father) are not Jewish, he might not have thought that, and we would never have heard of the case. Nor would we ever have heard of it if GZ had gone by the name Jorge Mesa.

Perhaps, but the media was so frantic to show this was a “hate crime” committed by a white conservative Christian RethugiKKKan that they dove head-first into the swamp of racial politics without bothering to look. Eventually, the media Narrative became how “stand your ground” laws were a sinister white power plot whose only purpose was to kill the Bruthas.

Zimmerman could have had midnight-black skin and it would not have altered this Narrative substantially.

white people in general have much less shared history and culture

How true… they live in a world saturated/immersed in “White” Western Civilization from the Fertile Cresent through today. The whole world has been changed by it…even India and China with their equally older underpinnings.

I don’t plan on capitalizing any color words unless such is at the beginning of a sentence.

More left-wing pseudo-social reform garbage! These people are relentless, and will never, ever stop coming up with new ways to hold Western Civilization blameworthy for all the faults of the universe.

It’s true.
Nobody will listen if I complain about racial discrimination.
But I have been subjected to it many times.

‘On Monday, the AP chose not to capitalize the word “white” because “white people in general have much less shared history and culture, and don’t have the experience of being discriminated against because of skin color.”’

Leaving aside the fact that the second half of that statement is demonstrably false, the first part (about shared history and culture) is at odds with the much-ballyhooed concept of White Supremacy, a notion deeply cherished by devout Communists such as AP.

We have been assured by the Very Best and Brightest Persons in the History of the Universe (TM) that White culture was both very real and 100% toxic. Has that Official Truth suddenly changed again in the same way Oceana has always been at war with Eurasia/Eastasia?

Fetal-American or Baby since they have faced unprecedented discrimination due to age. A real “burden” h/t Obama

I will add that this is all related to the debate over whether to capitalize “deaf”.

Looks like only one minority woman on the AP Management Committee and only one minority member on the AP Board of Directors. Perhaps instead of worrying about what race labels to capitalize or not they should address this horrible example of racism and white privilege.

This is willfully ignoring Affirmative Action, which is Government sanctioned discrimination against mostly white males. No points are added to my score or “special” consideration given due to my melanin.

My fellow Honkies don’t riot when one is arrested or shot while committing a crime. We are expected to obey laws and lawful commands. Mostly we do. We just shut up and pay taxes, including free stuff for the “discriminated” against.

I think that is due to expire this year.

I guess that AP stands for Asinine Progressives … or should that be asinine progressives?

And to think, I always believed that the Lefties (lefties) were adamantly opposed to “Capitalizm” in any form. 😉

“Associated Press Will Capitalize Black, But Not White Since They Haven’t Faced Discrimination Due to Skin Color”

“white people in general have much less shared history and culture…” Translation: They’re not as racist.

“…and don’t have the experience of being discriminated against because of skin color.” You just did.

That’s the way I understood it — the premium in the cereal box was advertised as a Race Card, a Genuine Victim Certificate, AND a capital letter.