Stacey Abrams in a cape for WaPo profile, the image you can’t unsee

Stacey Abrams in a cape for WaPo profile, the image you can’t unsee 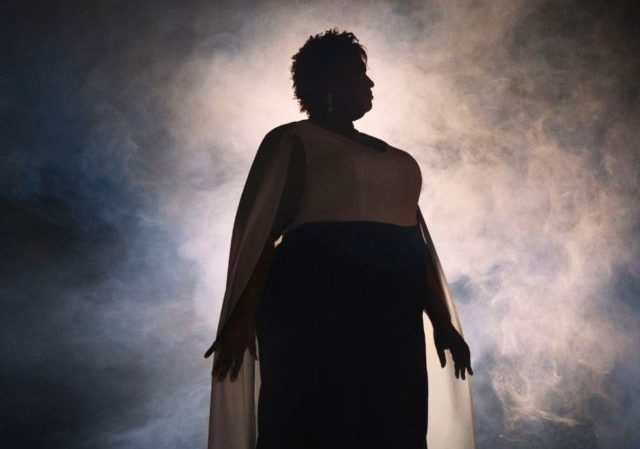 The “real” governor of Georgia, Stacey Abrams, must have a good media team, or maybe the mainstream media is her media team.  Either way, both the New York Times and the Washington Post have published ridiculous puff pieces on her in the past couple of days.

WaPo’s offering is perhaps the single-most laughable attempt to prop up a politician since that Newsweek cover photo of Obama with a rainbow halo.  The halo theme was a big one for a while, as the media pushed “saint” Obama on the general public.

Well, technically, Abrams isn’t a politician any longer, since she really did lose her 2018 gubernatorial race in Georgia.  That aside, though, the media is working overtime to cast her as one, and an important one at that.  A superhero politician, even.

“Ms. Abrams, we’d like to do a photo shoot with you for the magazine.”

“Of course you do. I shall require a cape.” pic.twitter.com/l8STP8Qkyn

Here’s the full-length, so you can appreciate the full effect: 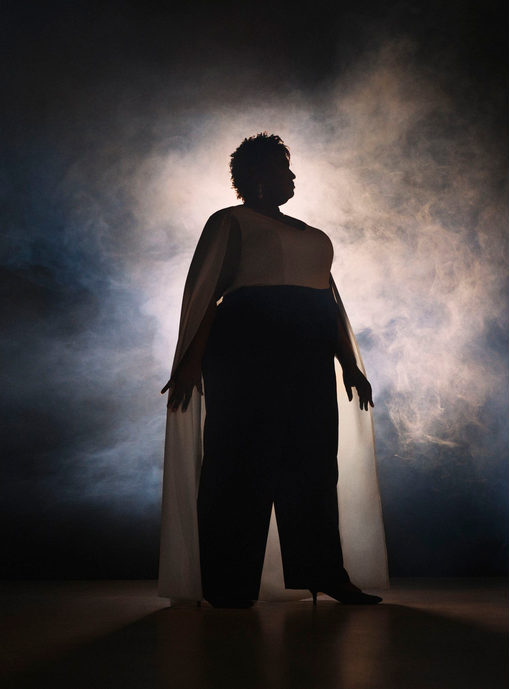 Insane, right?  Abrams was a state something or other, and then she failed to win her next political race.  She’s a romance novelist who advocates for voting rights, rights every U.S. citizen aged 18+ already has, except (most) convicted felons, et al.

She’s also proven that she is clueless about how things actually work in Washington with her ankle-nipping yapping at any Democrat who will listen that she wants to be Joe Biden’s VP selection.

It’s hard to see what the media thinks they are doing.  Is this another Robert “Beto” O’Rourke they are propping up only to run away when he fell flat on his face?  Do they really think they can somehow turn Abrams into the next Obama?  Why are they so actively campaigning for her to be Biden’s VP choice?

I almost feel sorry for Beta O’Toole. He must be skateboarding on a diner counter somewhere thinking:

“If only I had worn a cape, they might still LOVE ME. WON’T SOMEBODY LOVE ME!?!”

This progressive media penchant for propping up pathetic losers is laughable.

If one of these media twats wandered across my front yard I’d beat them with a baseball bat. I mean seriously, they’re trying to foist this mendacious, ignorant race-baiting moron to become POTUS? WTF?

Who knew they made
Girl’s Underroos
in that size!

Pasadena Phil in reply to notamemberofanyorganizedpolicital. | May 18, 2020 at 6:31 am

Or titanium stilettos! (Sorry about the down vote).

You have me spewing coffee!

It seemed like Biden called her to announce she would by the VP pick, but them he forgot.

My guess is that it’s a tarpaulin borrowed from Truist Park, where the Braves would normally be playing this time of year.

Hmmmm, I woulda suggested this,

Second, I’ll own up to thinking the only way she’d agree to that other get-up is if they told her it was a bacon cheeseburqa.

Prop Joe wears heels? That is why he had a soft spot for Omar.

She went to the same law school as Hillary.

notamemberofanyorganizedpolicital in reply to NotKennedy. | May 17, 2020 at 7:50 pm

Not all Georgia governors wear capes. Oh. Wait. NONE do.

Was that a white cape? Or was it a white sheet?

All of you with your ten and fat remarks: go look in a mirror. How good do YOU look?

Heh, don’t get your friendly fur ruffled, Grizzly. I’ve come to realize that ad hominem attacks are going to happen on both sides and forever. The left and the right do it for different reasons, though. On the left, it’s a defensive measure actually intended to damage the target, while on the right, it’s a measure of how unimportant the person is (and thus unworthy of a thoughtful response). Abrams is not going to be Biden’s choice, that’s what makes this all so ridiculous, right?

Also, it’s easier to articulate “she’s a fat slob” than “here are the eleventy billion policy and ideological points on which I disagree with X and why (er “Y”?). In short, it’s venting, and venting is good because it releases pressure.

If pressed, there is not a commenter on this site who could not articulate at least ten viable, supportable reasons that Abrams will never be VP (or pres, even in 2040). I can do so very quickly: She’s a flash in the pan, media-fluffed nothingburger who will be back writing romance novels before Trump’s second inauguration. And if she’s not, even better . . . for the GOP.

Ahem, “Stacey Abrams in a cape for WaPo profile, the image you can’t unsee.”

What exactly is it that we can’t unsee if it isn’t the absurdity of here morbid obesity posing in pantsuit and stilettos and a cape as if emerging from Mt Olympus as a goddess?

That’s just the way it is. Morbidly obese people have a big problem and need to stop being selfish about the cost of their lack of discipline. This is why mirrors were invented in the first place. We can only bite our tongues so long. But when deluded, power-hungry egomaniacs like this flaunt their their most absurd features, ridicule is more than deserved.

(I don’t think she was taught how mirrors work.)

Grizzly, in this case, the body criticisms lumped onto her are more of an attack on the WaPo for their ridiculous portrayal and her willingness to go along with it. I think that’s fair game because they are trying to gin up some pathetic hero worship for a pathetic attempt at a self-claim of heroism.

Yeah, ok, but we are but mere mortals and I would have expected a leftist super-activist to make some kind of an effort before donning the cape and going out to fight social injustice.

How good do YOU look?

I don’t plan to ever find out how I look in a cape. Or, for that matter, how I look shrouded in billowing fog like something out of a ’90s music video.

Not bad, but then again, I’m not planning on going out and pretending I look like a superhero movie star in a national photo op.

Most folks think that I look pretty good. I’ll turn sixty-eight in July, and the usual guess for how old I am is fifty-five or so. When the weather permits, I do hilly (yes, there are hills in Iowa) forty-mile-plus bike rides.

She didn’t build that. Dunkin Donuts did.

notamemberofanyorganizedpolicital in reply to TheFineReport.com. | May 17, 2020 at 10:12 pm

Stacey: “Time to eat the donuts. The whole truck load……”

TheFineReport.com in reply to notamemberofanyorganizedpolicital. | May 17, 2020 at 11:34 pm

This clown is about as useful as the donut hole.

I really have a hard time believing that WashPo doesn’t know how ridiculous she looks in this article. I think they are trying to sabotage her. I can see why.

I knew she was big – but a total solar eclipse?!? Dang!

What’s her altitude in that photo?

Pandemonium ensues as she walks to the far left of the prep area, like a runway supermodel, stops on a dime, poses, tilts her head slightly and smiles. She next pivots and picks up the special order Big Mac, walks slowly to the pick up area, freezes there and repeats the pose

OK.
Who thought this was a good idea?!

Do you remember this photo of McCain from 2008? Female photographer was quite proud of herself for capturing that image and totally suckered McCain into the pose / lighting …

To his last breath McCain continued to lick the media’s jackboots. It is difficult to overstate just how much his career in politics damaged the country.

First time I see the picture.
Horrible!
I didn’t know affirmative action photographers were a thing.

Did they think that the cape was slimming?
She probably ate someone when she saw that it made her look like Godzilla.

I thought superheroes had to be in good shape?

Besides, Villains wear capes too.

Stacey Abrams is apparently a talented author of romance novels. But, every time I see how the media and Democratic party bigwigs portray her I keep thinking of how R Crumb portrayed Angelfood McSpade.

I think the photo and the photo shoot was done for a puff piece in Vanity Fair. You have to admit that, given enough time and talent, you can make a valiant effort at putting glamour on a plus size–very plus size woman. She’s working hard to get more attention than Christine Blasey Ford or Tara Reade combined—but then she’s bigger than those two combined.

There is a possibility that Joe Biden will (a) be on the ballot in November–if the Dems don’t somehow dump him; and (b) Biden might win; and (c) whoever Biden selects as Veep will assume the Presidency before Biden’s term is out. If Biden selects Abrams, the downside for the nation is huge.

Huge indeed. She’ll tip the scales in favor of the progressives.

“If Biden selects Abrams, the downside for the nation is huge.”

Was that a Freudian slip, or do I see your tongue stuck firmly and obviously in your cheek?
.

And the residents of Guam will be terrified of a possible state visit.

Why is it so many lefty photojournalists aspire to become the next Leni Riefenstahl?

“I am Idi Amin’s daughter — here to save you all!”

Seriously, this is up there with the Dukakis ride-in-a-tank stunt, and, John Kerry’s windsurfing pics.

This pathological narcissist and self-reverential apparatchik will not be denied the prize which she believes she is entitled to.

Meld crone Hillary’s imperial arrogance and narcissism, with Papa Idi Amin’s megalomania, and, you have yourself the prerequisite character traits for a rising Dhimmi-crat star.

WOW! Imagine how much damage those high heels do to sidewalks! There oughta be a law!

” rising? “–lord, you’d need a Saturn V to get her big ass off the ground–if she had been eleced governor you’d have seen a limo with a tow hitch pulling a fork lift dragging her around for official business

I remain confused by the “lost but I won” crew.

If it’s all made up and the votes don’t matter, what’s it matter who votes or how? How about we count only registered Republican votdrs over 40, then ignore it? Easier.

I do think our D-party friends, the media, their clients, the govt admini-blob — pardon the repetition — aren’t so much concerned with votes not counting, as concerned with any votes counting but theirs.

Having lost the contest they’re just clinging to tbe only faux-relevance they ever had.

The Morbidly Obese Super Hero! Here to take your donuts away!

I haven’t been paying attention; is she funny? I mean, on purpose?

“I will not be ignored, America…”

“Tracey,” “Stacey;” whatever. A pathological narcissist, regardless of appellation.

And this obesity fetish.
Yet another product of Ivy League universities.