This is a time-tested strategy in Democrat politics. 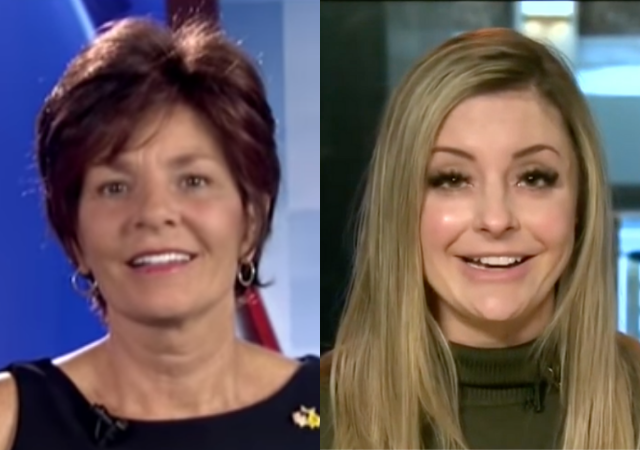 Liberal superPACS are pumping more than $200k into a contested Republican primary in New Mexico’s 2nd district, hoping to bolster the candidate they believe they have the best chance of beating, reports the Washington Free Beacon.

Democrat Xochitl Torres Small is up for re-election. Herrell, a veteran of the state house, is running to oust Small, but has a formidable primary opponent in fellow Republican, Claire Chase. Herrell lost to Small in 2018. Real Clear Politics currently has the race listed as a toss up.

Liberal super PACs are pouring more than $200,000 into a contested Republican primary in New Mexico in an attempt to help the candidate they view as less electable clinch the GOP nomination.

Campaign finance reports show Women Vote!, a super PAC affiliated with EMILY’s List focused on electing pro-abortion Democratic women to Congress, is distributing $22,856 worth of mailers to Republican voters throughout New Mexico’s Second Congressional District. Images of the mailers obtained by the Washington Free Beacon show the group praising Yvette Herrell as “loyal to President Trump” and attacking her Republican opponent Claire Chase as a “lobbyist.”

The mailers come alongside a $192,928 ad buy by Patriot Majority PAC, another liberal super PAC that is flooding the airwaves with an attack ad against Chase that will run through the June 2 primary, according to an ad buy report reviewed by the Free Beacon. The ad follows the same playbook as the mailers, portraying Herrell as the candidate loyal to Trump and Chase as a lobbyist.

The effort by liberal groups comes in a district that Trump carried by double digits in 2016. The race is widely viewed as one of the best pickup opportunities for Republicans. Democrat Xochitl Torres Small won the seat in 2018, narrowly defeating Herrell, who became the first Republican to lose there since 2008.

The Chase campaign says liberal groups are attempting to boost Herrell because the Democratic establishment believes it can beat her again.

“These Nancy Pelosi allies clearly view Yvette Herrell as weak and unelectable,” said Chase’s campaign manager Mike Berg. “They’re trying to drag her across the finish line so they can beat her again.”

“Pelosi and her allies are supporting Herrell because she is the Todd Akin of New Mexico,” Berg continued. “Unelectable, plain and simple.”

Women Vote! spent more than $28 million last cycle in support of Democratic candidates such as Torres Small, who is officially endorsed by Emily’s List. The group spent $128,500 on independent expenditures for Torres Small and $396,524 attacking Herrell, according to data from the Center for Responsive Politics.

Herrell’s campaign did not respond to a request for comment. She told the Associated Press that “liberal super PACs have no business getting involved in this primary” and called for the ads to “stop immediately.”

Patriot Majority PAC denied that its ad highlighting Herrell’s loyalty to Trump was an attempt to boost Herrell in the primary.

Herrell refused to concede and filed a lawsuit after losing to Small.

Anyway, this is a time-tested strategy in Democrat politics — find the most radical opposition candidate with a chance in a race that’s winnable, and throw tons of money behind them to help them win, just so they can be trounced in the general election. See also, Todd Akin (who was an awful candidate through and through) and that disaster of a race that Democrats turned into a complete fiasco.

I am not sure the Democrats’ strategy will work to their advantage. Recall that in 2016 the MSM/DNC axis was convinced Trump was the weakest Republican candidate.

On a related issue: I do not know if Herrell or Chase would be the better nominee. But there in no reason for any thinking voter to trust ANYTHING the MSM/DNC axis churns out. Too many journalists not only have the morality and ethics of Joseph Goebbels, but many of them have vastly more power than their patron saint ever did thanks to the Internet, newspapers and TV. There are alternative sources that provide real news (LI is one of them). Use them.

Any voter who casts his/her vote based upon what the MSM/DNC axis tells them to do deserves what they get: misery and slavery.

Didn’t Rush do something similar from his radio show to try and get oblunder to be the candidate? Turned out poorly, may the same happen to the scandal plagued NM political dems.

Limbaugh was trying o get his listeners to vote for Hillary! in 2008 so that She could prolong the primary:

Wow. It’s like they believe a political party is simply a vehicle for jointly grabbing slots in the government. By any means necessary, one might say.

Like any other crew, you help us score — keep us in — we’ll give you a cut. It’s organized crime because it’s ongoing & structured.

Bierce,
Exactly! And it explains the operation of communism as a form of government. It’s the Mob masquerading as a government.

So, they’re pirates and emperors…

Except for consent of the “governed” seeking to govern themselves to their own advantage. I wonder if that’s been described anywhere..

Well, not to go all Madison, but representative government doesn’t work to eliminate patronage and self-dealing; it enshrines them.

That’s good if government is to be a machine to help people get what they want. If it’s a machine to give other people what you want, representative democracy doesn’t work so well.

These two dumbasses have no idea why they support the democrat party. None.

Lady, you’re a Democrat. A member of the voter fraud party. Get with the program.

This strategy would explain Republican presidential nominees in 2008 and 2012.

find the most radical opposition candidate with a chance in a race that’s winnable, and throw tons of money behind them to help them win, just so they can be trounced in the general election
It blew up on them in 2016.