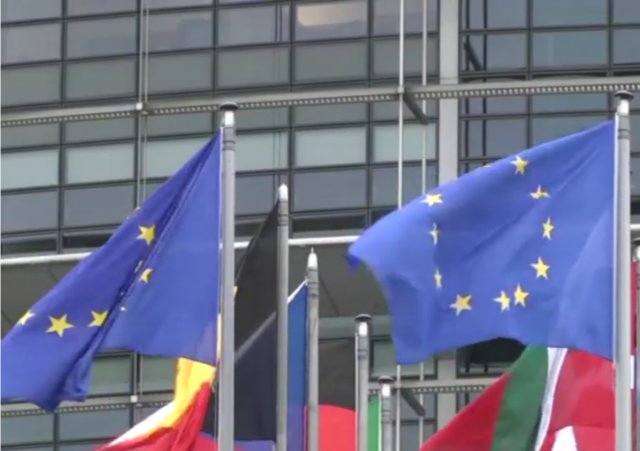 Europe’s tourism industry has been worst hit by the Wuhan coronavirus. The sector could lose millions of jobs across Europe as international tourist arrival is expected to fall by 30 percent in the wake of the outbreak, a EU Parliament report said on April 20. The pandemic has slowed Europe’s economic output, though most economists predict a rebound next year. With economies across the 27-member bloc facing a coronavirus-induced recession, many Europeans are expected to cut back on vacation time and recreational activities.

The EU executive will …. tell the bloc’s 27 member countries to gradually lift internal border restrictions and restart some travel to help the ailing tourism sector. (…)

Europe’s external borders are now bound to be shut for any non-essential travel until at least mid-June, an emergency measure to limit the spread of the virus.

“Our tourism industry is in grave trouble,” the Commission is due to say, warning that 6.4 million jobs could be lost in the sector that has reported falls in revenue ranging from 50% for hotels and restaurants to 90% for cruises and airlines.

The pandemic set the EU on a path towards its worst-ever economic downturn and bitterly tested unity between member states fighting over medical equipment, export bans on drugs, chaotic border curbs and money to salvage their single market.

Titled “Europe needs a break” the Commission’s tourism strategy will call for targeted restrictions to replace a general ban on travel and seek a gradual lifting of internal border checks where the health situation has improved.

With Europeans most likely to stay at home or travel shorter distances this summer, peripheral EU regions and islands are likely to be shunned and will take longer to bounce back.

The EU Commission’s recommendations comes as most European countries are phasing out of the shutdown. With new transmission of the disease in decline, Germany, France, and Austria have started relaxing the economic lockdown and confinement measures introduced to slow down the virus. The eastern European countries have managed to stave off a major outbreak, so far. Southern Europe, mainly Italy and Spain, have been among the worst hit.

German Chancellor Angela Merkel rolled out a ‘bold’ plan on Wednesday to restore normalcy. Most schools, shops and offices were to reopen next week as part of the plan. Germany was “following a bold path” in easing the eight weeks-old lockdown, Merkel said. The French also announced a detailed plan for phasing out most of the coronavirus restrictions by May 11. “Next Monday will mark the start of a very gradual process stretching over several weeks at least, which will allow the country to emerge slowly but steadily from the lockdown,” French Prime Minister Édouard Philippe announced on Thursday.

Faced with recession, the EU wants to boost inner-European tourism as Europe’s external borders remain shut for at least another month. The bloc’s external border will stay closed at least until mid-June, the European Commission decided on Friday. The EU wants to ‘prioritize’ the restoration of ‘frictionless travel’ within the bloc as the health scare subsides, German public broadcaster Deutsche Welle reported on Friday. “Restoring the normal functioning of the Schengen area of free movement is our first objective as soon as the health situation allows it.” Ylva Johansson, EU Commissioner for Home Affairs, said recently.

I would LOVE to go to Europe. Might be cheap soon. Too bad my family’s economic future is also uncertain…

And be molested by military-age, Muslim men…no thanks.

Can’t wait for The Atlantic and the rest of the MSM/DNC axis to call this move “an experiment in human sacrifice”.

It is never too late to adopt the Swedish model and abandon the widespread panic model.

There will be a spike in confirmed cases and deaths, whether things re-open next week or next January. That’s just reality. The longer we wait the more of our economy will be destroyed.

Schools, sure. Factories, sure. General industry, sure. Barber shops, sure. Bars? Stadiums? Sure. Reopening all those top any list. Tourism? Get real. Sure, it’s big stuff, but nowhere near the top. It sounds like a feint; an excuse to restart the serious business of stocking the continent with “refugees”.

Tourism is big business and a lot of small business as well. The smaller businesses will benefit proportionally more from a restart of tourism. The big cruise ship lines, major hotel chains, etc., will survive if only because the governments will pay them. The restaurants in the tourist centers, the trinket shops, the cabbies, etc., won’t be getting that help from the EU; they need tourist money.

So I see this as reasonable.

Obviously. In some countries like Greece which haven’t been able to get their acts together for centuries, it may be the only worthwhile business—living on their pasts is all they have. But for any reasonable modern economy, it should be nowhere near the top of a government’s “to do” list. It’s also one of the easiest for government funding to bail out. A bag of money to keep a few cruise ships in operation for a few months presents nowhere near the challenge of keeping, say, all the barber shops in the country from folding in a matter of weeks. Of course pretending to tackle the easy problems first while letting everything else fester is one of the things the EU does best.

That’s a good point. I’ve often talked about Tourism as the ‘Final Stop’ on the way to economic oblivion.

notamemberofanyorganizedpolicital in reply to rdmdawg. | May 10, 2020 at 5:09 pm

Great point. So this is a huge tell of how far the EU’s economic decline has gone. Plus now they’re NOT getting the same amount of free US taxpayer funds so they can’t use it to subsidize their communist / socialism.

I won’t argue the point made by you and rdmdawg that ‘big tourism’ may represent 1) either the end-point of a major slide in a large country’s economy, or 2) the only means of survival that a smaller country without other resources might have. It’s a fair point to make, and unfortunately it represents quite a shift for the EU and other countries around the world.

But either way, if it is what you have then you have to take care of it. To your point, if (for example) Greece kills its tourism business, what exactly do they have left? The answer is, little that will help them service their crushing foreign debt service.

So in this case tackling the “easy problem” first, using your words (easy being relative, we’ll both agree) might also be the smarter thing to do first.

Easing the restrictions on the Schengen area of free movement also makes it easier for the African and Middle Eastern immigrants to make their way to Germany.

Big mistake. That’s exactly how pandemics enter your nation. It’s best to close the borders and seal them. It just isn’t worth a single life.

Weren’t you telling us earlier that this was overblown and we needed to reopen?

I booked a trip in the South of France/North of Spain for September before this whole thing arose. I am hoping they will have opened up again by then.

I’d rather kiss Hillary than go to Europe.

Why did the Iranians bother with fake journalists–they could have found lot outhouse on the payroll of the Scumbergerr Times, the Washington Compost, and theta networks dot do the job for them.