The RNC and Trump campaign could easily raise $1 billion in this cycle. 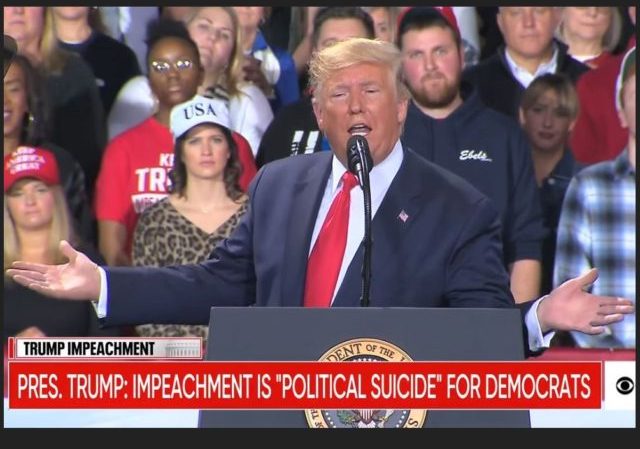 The Republican National Committee (RNC) and joint fundraising committees for President Donald Trump raised $212 million in the first quarter of 2020 despite the coronavirus pandemic and impeachment circus.

The joint committees (Trump Victory 2020 and Trump Make America Great Again) and the RNC have raised $677 million. The campaign is sitting on $240 million.

In February, after the impeachment trial, the RNC and Trump committees raised $86 million.

Fundraising slowed down in March as the economy shut down due to the Wuhan coronavirus outbreak. Still, they raised $63 million, which is $3 million more than in January:

“Americans can see President Trump leading this nation through a serious crisis and they are responding with their continued enthusiastic support for his reelection,” Trump campaign manager Brad Parscale said in a statement Monday. “Joe Biden, Democrats, and the media continue to oppose his every action, but the people know that President Trump is fighting for them so they are fighting for him as well.”

“President Trump’s unyielding commitment to the American people has shown time and again that he is the President we need to lead our country through the crisis and it’s clear that voters are responding to his bold leadership,” RNC Chairwoman Ronna McDaniel said Monday. “The enthusiasm for President Trump and our Party remains strong, and we continue o be all systems go toward November.”

Another slap in the face for the Democrats. The Democratic National Committee has not released its March totals. However, presumptive Democratic presidential nominee Joe Biden and the Democrats only raised $46 million in February. They have about $20 million on hand.

Amid the coronavirus pandemic, the campaign and joint-fundraising committees transitioned to a “completely virtual operation in just 24 hours.” The Trump Victory fundraising committee touted nearly 1 million volunteers who were trained last month, and have made more than 17 million contacts since March 13.

Democrats just cannot help themselves, virtually every issue they end up on the wrong side. They are a slow motion train wreck.

Problem is they hired the best cheaters and steal elections.

But Biden is ahead by eight points. Nothing wrong with this picture.

A billion? Wow, that’s almost as much advertising as My Pillow (not counting Toppers and Parachutes).

Can you IMAGINE the next Trump rally?????

This man has single-handedly saved America from imminent destruction. Literally.

Agreed. Who would have ever thought that 5, 10 years ago?

Biden handler: “Mr. Biden, you are ahead by 6 points.”

Why doesn’t POTUS sue all these Hollywood types like a two bit actor initials r r who said the most vile things about both DJT and Melania? Or that Colbert asshole who accused POTUS of being Putin’s co*k holster? It’s disgusting to me that they are getting away with making such terrible accusations without any documentation and not being held legally accountable. I am familiar with Times V Sullivan but these instances that I mentioned meet the standard of malice. DJT as a businessman sued everyone else why not these guys?